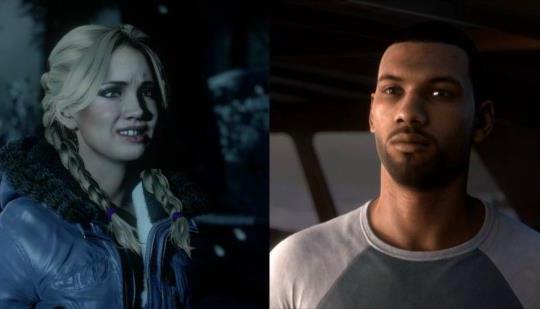 "Ever since Until Dawn launched back in 2015, fans have been wanting a proper follow up to Supermassive's horror title, unfortunately, Man of Medan isn't that."

Adhttps://store.steampowered.com/app/1488200/Symphony_of_War_The_Nephilim_Saga/?utm_source=n4g&utm_medium=native&utm_campaign=sow_n4g_native&utm_content=png
- Comments (20)+ Comments (20)
TopNewestOldest
The story is too old to be commented.

It appears that way.

I was shocked to see Until Dawn was only a 79 Metacritic, but Man of Medan is just a 69 https://www.metacritic.com/... People loved Until Dawn and despite some minor flaws, it was an awesome game. It seems as though Supermassive produced an inferior rendition for all platforms. Apparently the game itself would've scored worse, but the weird multiplayer mode actually picks it up. I'm just interested in the sp, so it doesn't bode well for me.

I have no interest in supporting Dark Pictures after reading the reports and just witnessing Supermassive's behavior. They will have to win me back with some quality PS4 software at this point. A publisher should respect every project.

How long is this game as far as gameplay hours. I heard before the game came out people saying it was on the short side.

Would it be better to wait for the entire anthology to be released and then get the total package. But who knows how many years that would take to happen.

It took me about 5 hours to finish the story once

Seen some Youtubers upload the full game in close to 3 hour videos. Unless they edited it a bit, I'd say 3-5 hours for a full playthrough.

Man of Medan isn't the whole game. it's the first entry into a series of stories.

It's about five hours a playthrough. But just like Until Dawn, it has multiple endings and lots of different things happen the more you play it.
So 20ish I would say to do everything and see all the things.

Just reminding. Dark Pictures is a anthology of stories.
there are 3 more parts left.

Next one looks amazing

These games will nvr score high just play it

Seems like you're mad supermassive isn't making games for just the ps4.

You’re the only one who seems to care about platform. I think the concerns and questions seem legitimate. I look forward to trying this but waiting on the other entries seems sensible.

Of course you do

Um, why not play the game first then do a review instead of the other way around...

The writing, characters and facial animation in this one is hilarious

Supermasive is using the same mo-cap tech they use in all of their projects.
http://i.picpar.com/6cCd.jp...

Yeah i noticed .. i’ve been watching Felix play it and the writning and the premise is so bland and mediocre makes me really miss Until Dawn what an aweosme game that was. Reall shame it didn’t get a pro patch or something becase it works like a slideshow otherwise i would replay it right now.

I had a great time playing this with my bro I guess it's one of those games where company matters most, especially since it's in all ways just a movie you control sometimes.