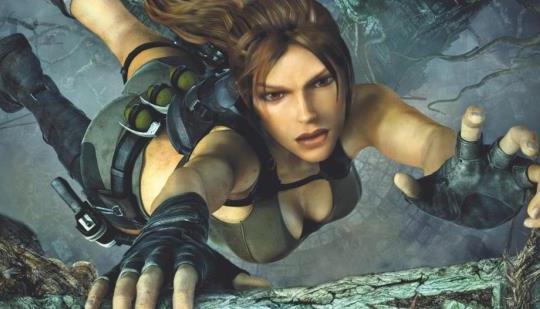 What's Next For The Tomb Raider Franchise

A remake of the first trilogy just like Crash Bandicoot and Spyro got hopefully. That would be nice.

I have a feeling the originals wont fit that well in today's standards...

I think they would. Look at all the 8-bit style indie titles and various games coming out today. If that old looking new stuff can fly, than I think the Tomb Raider trilogy could work as well. Personally, I'm even willing to pay $60/TR game remake. I know I'm in the minority but I'm a huge TR fan.

That would be great but not like Tomb Raider Anniversary

Just the originals as they were with better controls, animations and graphics

Yes, that is what I'd like. Anniversary was fine other than the quicktime events but it wasn't the remake I'd wanted.

Laras character and story got lost with the most recent reboot. i want to see back a confident acrobatic world traveling Lara. A linear story with great puzzles.

Had a blast playing the first 2 reboots..brilliantly done games. The opening of shadow is amzing on my 4k hdr... here's hoping I like it all the way through.

Go back to basics. Bring back classic Lara Croft. Here's my concept. You make a new classic style Tomb Raider game but with cartoony cell shading graphics. A super deformed look for Lara, but not that deformed. An Adult Swim type cartoon. Sell the game for cheaper like $29.99 digital only.

Time for a male to take the lead. It's sexist how it's always been about a female. #genderEquality

People would lose their minds.... Do it.

Why not? They’ve been doing the gender flip all over Hollywood. I’d support this.

On a serious note, some kind of decade-spanning title where you play as Richard Croft in the past, and Lara in the present following his trail, could be really cool. The games have this massive reverence for Lara's father for being some kind of archaeologist extraordinaire, but we never get to see that.

T & A.
Make her a badass again.
Puzzles with wild panthers hunting you?

Bring back the REAL Lara Croft. The reboot trilogy is inferior in every way to the original (Anniversary, Legend, Underworld) save for the visuals.

Couldn't agree more. The reboots have their moments, but exploration, puzzle-solving, and platforming are all far superior in the first Crystal Dynamics trilogy (Anniversary, etc) and even in some of the original Core Design games.

Isn’t it obvious. It’s gonna be another origin story. Haha

Let it die, then call it something else

Don't make it an Uncharted clone just make it about Raiding Tombs like the OG series on PS1 and the 2nd era series.

Remake TR2 (aka the best game in the franchise)

We havent had a TR game since 2008 so I would love it if they brought Lara Croft back.

Just make the game similiar to Uncharted The Lost Legacy, swip Chloe with Lara and bring dual pistols back.

They should bury it in a tomb for a long time and dig it up later when someone will actually make a good tomb raider game. The first game in the reboot was pretty good but it didn’t get better from there unfortunately

Focus on other IPs

Reboot retelling the story of the original Lara Croft

Her plane went down in the Himalayas, Killing her parents (fianceé aswell in the comic) and she survived for two weeks before finding a village to call for help. So what happened in that two weeks? You could add in so much, a true origin story for her that is more like the original games, health packs found from lost hikers or ancient people who have died their, add in some huge secret underground temple within the Himalayas, maybe a supernatural twist with predators around every turn and you have a great new Tomb Raider game.

I want an angel of darkness remake without all of the bugs and then a sequel. I wanna know what happened to Kurtis!

Whatever tone the game takes, I would like it to step away from the modern action-adventure mold by going back to some of the gameplay aspects of the original games (albeit with much better controls).

For example, fixed jump widths instead of magically snapping onto holds (i.e. actual platforming), progression that is based on understanding your movement options and chaining them together in serial acrobatics, sparser level design that doesn't require detective-vision filters to parse (moving back indoors/underground would help massively) for better playability/immersion, rewarding level understanding/memory (backtracking/obtainable secrets), intimating to the player how to proceed with good level design, instead of using waymarkers.

The gunplay of the reboot trilogy, with the nuanced and convincing CD Trilogy Lara would also be nice... but I think it would actually be quite bold to emhasise the adventuring aspects by downplaying Lara's strength in gunplay. Rise and Shadow tried to do this by having fewer and further gunfights, but that doesn't change that Lara is overwhelmingly powerful in these scenarios (even if the story/cutscenes are telling us otherwise), whereas in the old TR games we were told Lara was overwhelmingly powerful, but were actually relatively weak (if anything, it felt more like the enemies were strong than Lara weak).

Or heck... why not do something really bold to set the games apart from modern action-adventures and *le gasp* remove gunplay altogether? It only plays a pace-breaking role in Tomb Raider games anyway, and that's a pace that can be broken in modern games with cinematic set pieces or dialogue.

Make her badass and sexy again

The original Tomb Raider franchise before this Rambo remake were better. GO back to exploration and treasure seeking and tough areas to figure out like in the old days where gamers had to actually figure out how to complete a section.

there is no next, at least not in the forseeable future.

An Uncharted,Tomb Riader crossover called Tomb Raider Uncharted could work since both series have ended

Young Lara had a most awesome backyard playground (Shadow). I think the next installment should be a series of brief adventures in the mind of young Lara taking place in her backyard with all the various settings the playground area can allow for.

I figured Tomb Raider was a trilogy for Lara's origin and how she came to be. Now they can start on retelling her adventure post origin.

Can we stop "Becoming the Tomb Raider" and ditch the bow and pickaxe for her iconic dual pistols? Also bring back confident puzzle centric Lara that doesnt trip and fall ever 5mins

Well...they haven't made Lara a uninteresting representation of a lesbian transvestite who identifies as a spider monkey. I suppose that could be a good way to make a boring story and character interesting, despite being as shallow as a character can be made.

The next reboot should have an improvement over the last year such as a younger and awesome Lara Croft , there should be an interesting story and we want to see croft in a big open world ground jungle not with the previous boring closed forest.

Agree 0Disagree 1
▼✖-+
SPAMInappropriate
Show all comments (64)
The story is too old to be commented.
40°