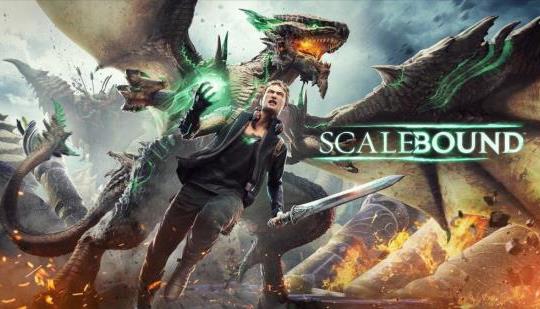 5 Greatest Xbox Games That Were Cancelled

Jahanzeb writes: "This list looks at five Xbox games that were cancelled, whether notably or unceremoniously, and could have been great additions to the Xbox library."

Cry On
This one is actually heartbreaking as Microsoft lost interest in the Japanese market at that point.

Stormlands
Obsidian is now part of Microsft so we could see this game making a return.

SB could still happen. It wouldnt be PG doing it though but MS does own the IP and they know there is demand for it so... ??

So definitely no. Ouch.

Scalebound
Looked mediocre, that's your opinion, I think it looked awesome - in any case you can argue that 90% games look sort of bad early stages - mid development. The truth MS doesn't take any sort of risks (and even less back then) and that's why the game is dead. Is risky to make a game like Death Stranding, Is risky to make a game like Day's Gone (even though it was a failure in my opinion), Splatoon, Arms to mention Nintendo... And I can keep on and on (all of them Not MS games)
And lets not forget about fable
Sad but true. Truth hurts, cry on

"Is risky to make a game like Day's Gone "

Days Gone is an open world game with zombies and tick box objectives in it. It not risky, it a combination of everything generic about this gen.

"Looked mediocre, that's your opinion, I think it looked awesome"
It didn't look impressive. It looked clunky and with choppy frame rates. And Platinum themselves have taken some of the blame for the game's cancellation.

"The truth MS doesn't take any sort of risks"

Microsoft has been in a weird position this gen. They have played it safe with their first party studios as they delivered sequels to their known IP. The risk only came from a third-party developer such as Remedy, Armature games, Insomniac and Crytek, which is a shame because none of those games will get a sequel anytime soon or ever.
All I know is the usual studios such as 343I, Coalition and Turn 10 will keep on working of their known IP but with the new acquisitions will be the ones taking the risks.

"Is risky to make a game like Death Stranding"

If Death Stranding is a risk then every game MS has ever made is a risk. The game was being hyped before we even knew the title. If it's made by Kojima then it's instantly going to get free publicity based on that fact alone.

Risky games don't get hyped before they've been revealed.

How can you call them the greatest if you never played them?

This ^, shouldve been most desired or something

How can you know something is great if nobody played it? Many games can look good in previews but still end up mediocre in its final release

Personally I don't think that what they showed us about Scalebound was good. The frame rate was all over the place and it overall felt lifeless. It was however the most distinct Xbox One exclusive, but that say more about the other exclusives than about Scalebound itself.

Illbleed was pretty bad on the Dreamcast. Sure a enchanted version could fix a lot of it's issues, but if the original is something to go by I don't think we lost much with that being cancelled.

Cry On is a really sad one, especially because it market the end of Microsoft Japanese focused games. There is little about this game avaiable, so it's hard to say that it would be good. But if the previous titles were anything to go by, it would be at least pretty good.

Because they look better than most Xbox games that have released? Ba dum chh

One of the dumbest articles ever.

Still annoyed at those. Last 2 I would have bought an Xbox One for.

Wierd wording! Most promising would have been better.

How are they great if no one ever played them.

I'd hesitate to use the word "greatest" when describing games that nobody played.

How do we know that these would be great? Scalebound looks like a 360 game

If these games were great they wouldn't have been cancelled

I really wanted to play scalebound.

Scalebound was cancelled for a reason folks.

Scalebound looked awful hated the reveal , cancelled xbox game i was looking forward to was Huxley by a Korean dev.

Crackdown 3 after a month is pretty much forgotten about. I’m assuming scalebound was a worse game so probably not much of a loss

I know it was a Xbox Game, but I always wanted to play True Fantasy Live Online and I can't help but wonder what it would have played like, had it come out.

Forget about Scalebound and Bayonetta 3, Platinum should be working on a Vanquish sequel