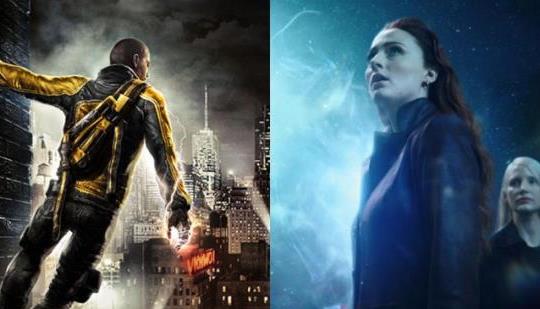 For decades, superheroes had the worst luck when it came to video games, the X-Men chief among them. There are a few welcome outliers—Raven Software’s X-Men Legends duology remains a classic, Wolverine’s game adaptation for his first solo movie has its silly charm, and you can still find the classic beat-’em-up cabinet in arcades everywhere—but there are more lows than highs, from Mutant Wars and X2: Wolverine’s Revenge, to the franchise’s last big stab at mainstream gaming respectability, 2011’s X-Men: Destiny. Sluggish and overwrought, the latter seemed to be the kiss of death for Marvel’s mutants, the precursor to their eventual fate years before they were kicked out of Marvel Vs. Capcom: Infinite. (Getting left out in the cold during Marvel’s big purchase by Disney probably didn’t help.)

When you find out that Kessler is Cole. Mind blown. It was so awesome

Yeah I really wasn’t expecting that at all, loved it though and made me feel bad for him

Shame cause I thought 2 feel flat in comparison was hoping it’d be set up for us to fail and having to travel back as Kessler.

Easily could have made three focused around getting cole out of that loop.

Ah Infamous 2, such a well made game. I miss playing it and would love a remaster. Many people had issues with the story, but I myself enjoyed it. Maybe if I get back and play it I might realize why, but god damn I loved the game

my roomate's step-mother makes $72 every hour on the computer . She has been out of a job for six months but last month her check was $13623 just working on the computer for a few hours.
.
.

use *Spoiler Alert* next time.

It's a PS3 title, no need for spoiler tags....
Spolier alert Dr No is the bad guy in the first James Bond movie with the same name from 1962 end spolier alert
How long should it go on in your opinion? 😉

Really? It came out 10 years ago. I think we are past needing spoiler warnings at this point.

We shouldn't call them X-Men... feminists don't like it.

X-(Wo)men *fixed it*
Off topic: northern Sweden and we got 28C in the shadow, damn, my beer is cold for 1 minute and then boiling hot hehe
🥵😎🤘

Infamous 1 looking for the shards was a b*tch.

yeah that was indeed annoying :D

That was the only trophy I didn't get because it glitched out on me. I have Infamous 2 and Second Son Platinum trophy, but can't get that Infamous 1 plat. That always bugged me.

The one that gave me hard time was killing 3 people at once by making them fall from a high place. That stunt was a bitch lol. But i really enjoyed the first two infamous games. I need to play second son though.

I've actually thought the same thing and how Sucker Punch can expand this IP and have their own Xmen. I wish we get an sequel to Infamous 2's bad ending which gave everyone affected by the blast super powers

Sucker Punch screwed the series by choosing the "good" ending as canon. Infamous 3 could've been exquisite if Cole ***SPOILERS*** had wiped out 7 billion on the planet. Absolute power corrupts absolutely, Cole should've been the antagonist or at the very least a tortured soul seeking redemption as he became the Beast. Far more interesting concept with intriguing story arcs but they played it safe with banal tropes of the modern political climate.

No. They did not.

Yeah I really enjoyed the first and second one. Never before had I played a game that was like this.

A new experience and the for me as a new fan!

Probably because it was a 1st party sony exclusive and not some multiplatform shovelware.

That was why everybody thought about Sucker Punch when news of possible Spider-Man game from Sony was leaked.

I’m a huge X-Men fan. And believe me when playing infamous and I was cole and would jump from a building or be in the sky and had that purple energy power effect coming from my hand and that purple shield around me all I thought was how amazingly fun this could have been for me to be playing as magneto in a game

infamous 1+2 were my favourite games last gen but as much as i liked second son too, something felt off with it. maybe it was no cole.

I miss Infamous ... why no remaster collection Sony ? :/

Activision Should Remake These 7 Games for PS5, PS4