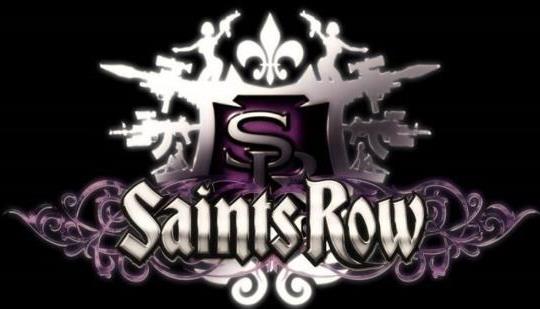 Deep Silver teased earlier today that we will be hearing from the Saints soon!

Adhttps://n4g.com/General/Sponsored/arise
- Comments (43)+ Comments (43)
TopNewestOldest
Expand all
The story is too old to be commented.

Only things that bugged me mostly in past games, health regen was a bit stupid and made food almost pointless IMO, and the vehicles felt much harder to flip over than they did in GTA at least.

saints row 4 i bever rode a vehicle, i was using my super powers much faster getting around, saints row 3 i enjoyed pimping my cars

I forgot it was even possible to get in a car after the one and only time you drive around in the introduction.

I played 3 almost 80% in helicopters

https://youtu.be/SA-ZbbG2YN... i used to want this game soo bad but it became VaporWare

They better make it more like SR2 with a sprinkling of SR3 in there. SR4 was beyond retarded

I am hoping that Saints Row get a reboot and just mostly focus been a gangster game than a parody. I want another game like Saints Row 2.

Yeah. I love that it's completely off the walls nuts and doesn't take itself seriously but they went too far into the deep end. Saints Row 2 and even 3 had a good balance.

Yep, I love the entire series but Saints Row 2 was freakin awesome, it had a good balance of serious/fun

Yeah I really enjoyed 1 and 2 when it was sort of an alternate GTA type game. I guess they changed to differentiate themselves more but the over the top stuff got a bit old.

This sentiment's echo is a pinball lighting up the board. If they end up with anything like 4 again, the dismay with Agents of Mayhem isn't gonna scrub off. It'll just sell to kids with Switches that just got a taste of post-Stilwater Volition.

How is that possible? Isn’t Agents of Mayhem canonically what happened after Gat out of Hell?

I wouldn’t complain if there were another Saints Row, but I wonder what it’d be like since Saints Row ended with you king of the galaxy or something and you can’t escalate from that

It would probably be a reboot to refocus the franchise.

King of the Multiverse duh

Make it more like SR 2 and 3. Just don't make the story quite as over-the-top as SR 3 was.

Pretty sure if it were to come to PC, it will probably be exclusive on the Epic Game Store for a year.

I hope they take the game back to it's roots I still love Saints Row 2.

Reboot it because the series went way off track last 2 games. I'd hope for something like a cross between 2 and 3. Goofy but not too goofy.

I just want more SR3... that is by far the best in the series imo.

SR2 was the best

2 and 3 were the best. Good mix of everything you needed.

so the consensus seems to be people want the more grounded realistic saints row back ... yea not me. i didnt truly love the franchise until it went off the walls with the super powers honestly just felt like another generic gta clone with a sense of humor before that... then it went full prototype on steroids <3 but yea to each their own i suppose :/

SAINTS ROW 2 IS THE BEST AAAAAAAAGH!!!!

I played the first two but haven't played part 3 after I saw they added all the crazy ridiculous stuff. Does it even continue the story any more after that? How did that Agents of Mayhem tie into it?

Yeah, same story, but a ten year old can figure out that the majority of 3's writers and devs were new, and obviously signed on with Septic Avenger and hoes on the brain instead of criminal enterprise and immuresre.

so Saints mixed with Crackdown?

I love all the SR games, but even though it seems like everyone wants a new SR that's more like SR2 and 3, I personally want them to keep going with the completely absurd over the top nonsensical style. Would I be upset if they didn't? No, because at the end of the days I just want more Saints' Row. But I'd definitely prefer to be this super OP beast with crazy powers.

I loved part 3. Thought it was a fun ride. Part 4 did kinda go off the rails. I think if you go the 2 route you may as well be playing GTA.

There's definitely a sweet spot, but 4 really shat on some fundamentals. I'm fine with superpowers if we're given a new lineup of creative gangs with powers to rival them. Zany is fine, but diversions=|=missions is a sound way of keeping the game's pace in the player's control.

Wouldn't mind seeing a remaster or remake of the original.

Never played the first two only 3 and 4. I loved 3 and 4 got stale very quickly. The 3rd was one of the few games in my gaming career that I became sad when it was over. It was fun from beginning to end. I could use more of that.

Excuse me while I schedule a rabies shot.

Skyrim Anniversary Edition has been rated for the Nintendo Switch