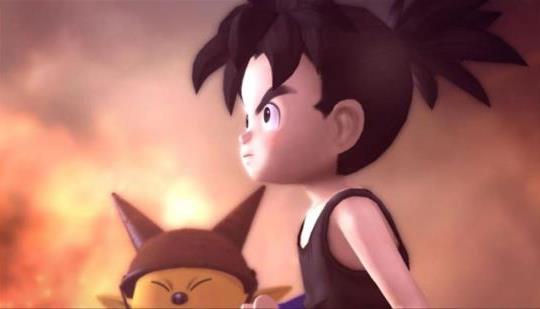 Jahanzeb writes: "There was a time when Microsoft pursued the Japanese market with optimistic vigour, and although they could barely forge a market share, Xbox enthusiasts were better off for having a pretty enviable selection of exclusives, many which have now become valuable collectibles.

Granted, while a lot of these games have since been ported to PlayStation systems (and understandably so, how else were they meant to break-even?), here are five Japanese developed games which still remain exclusive to Xbox consoles and are worth having in any collection."

Back in the Xbox days there was an exclusive game from Atlus called Shin Megami Tensei Nine. Always wanted to play it but the game never released in the west.

No mention of From materpieces like Otogi, Tenchu and Ninja Blade either...

Microsoft had a good relationship with From Software.....time to rejuvenate that relationship

Haha, Ninja Blade was such a shit show mess of a game.

@Spurg Doubtful. FromSoftware multiplatform games already come out on MS platforms, and they're not gonna make exclusive deals with them again to avoid lost sales in Japan. Not to mention that Japanese companies are probably gun-shy at making exclusive deals with Microsoft after the Scalebound fiasco.

Why Platinum took MS money for years and used it to make other games not called scalebound. MS had to pullbthe plug eventually. If anything Japanese devs look to MS as a funding source

If their so worried about the Japanese market than they will never make the kind of money they should. This will be a set back till they change

How about bringing up a remastered edition of these games?

Panzer Dragoon Orta render at "4k" on Xbox One X, look's better then many remasters.

Blue Dragon is BC too.

PD: Orta looks great enhanced. Saga is the one that needs a remaster.

I was super excited to play Blue Dragon back in the day since I loved Dragon Quest VIII so much. Bought an Xbox 360 for Blue Dragon, Fable 2, Bioshock, and Mass Effect. I played about 5-6 games on my 360 and it died 3 times. The last time I checked is when I pulled it out to play Jade Empire (which I wish they would remake or make a sequel to). Man, that hardware sucked.

Yup my Xbox 360 finally got the rrod one day and I never fixed it or replaced it, I was already prepared for it, it was inevitable lol

When the present is empty and you have to rely on remembering the past.

I hope we get a 4K patch for the Lost Odyssey someday.

Bring it Back | Blue Dragon