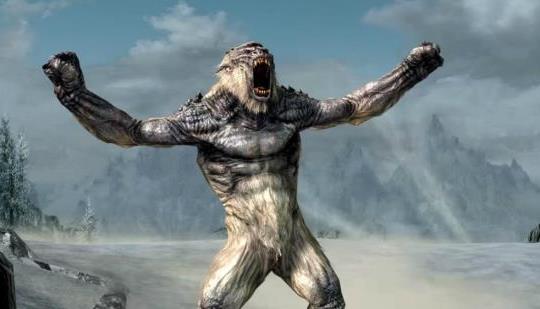 The mod's development team - which is currently earning $18k per month from donations - blames community toxicity for delays.

not all MODers are like this though...
or should you use Bethesda as the template for all developers? no...

The moding community deserves a lot of credit for fixing bugthesda's ish. for sure.

And now the charge backs begin.

They deleted the entire thread/comments, they made a post the next day saying they're still working on the mod lol.

So these guys are getting donations that equal $18,000 a month from the community, and even more earlier in the process, yet they feel they don't owe the community anything?

One of the key guys behind this has a long history of being a grade A, defcon 1, master douchebag.

I've never heard of them, but it shows.

the way they did that paid beta gave them away.
paid beta for a free mod that they are now maybe not even gonna release

Entitled modders are entitle. I bet at least some of these aholes worked for EA at some point in time.

Jesus, these guys are just asking to be destroyed!

They "owe" us. We put money in their pockets. TF you mean? Such a douchey response by the devs.

There is a difference between making a donation and making a purchase.

The distinction is irrelevant in the context of people complaining online. It's not like they're being sued, in which case it would be relevant. Most donations are done with the expectation that the money is put toward a stated purpose. The same is true in this situation. From their Patreon:

Why patreon?
We made the choice to allow players to play together without going through the pain of hosting a game server, port forwarding etc. To do so we are hosting every game server ourselves and that costs money. It will also help us plan hackathons where we can work on the mod full time.

Do I need to pay to play?
NO, the mod is free, this is completly optional if you wish to support us and the work we do.

What does my money actually pay for?
Here are a few of the costs we have to handle (this list is not exhaustive):
Dedicated server
Domain name
SSL certificates
Hackathons (plane tickets and rentals)
Computers

When will the content be released?
While we would like to release on a regular basis, this mod is being worked on when we have free time or during hackathons, it is impossible for us to release on a fixed schedule as what we do is very experimental. We hope to release the first stable version of the mod during the year 2019.

How can I support you?
First of all, THANK YOU. Your support means a lot to us. You can help by contributing to the Patreon - even as little as a dollar a month can help us continue creating this mod.

What else?
Thank you. Thank you so much for helping us make this a reality.

Given the context, it's a horrible response to say they don't owe the fans anything, it's a project for themselves, and they've thought about not releasing it to the public. It would have been better to ask for continued patience and remind the community that they don't have a specific release schedule, as mentioned on the Patreon page. The response given may have actually opened them up to legal issues, based on the language on their Patreon page.

Its a donation. They didn't force anyone to give them money. Their mistake. But I agree this is a bitch of a move. This won't end well for them.

I understand it's a donation. But I have to believe they put up a link and gave fans the means to give them money. Fans didn't just send money straight to their bank accounts without it ever being mentioned. If they have someplace online for people to give donations that means they set it up. So in a way, that IS asking for money, no matter how you look at it. So to turn around and make these kinds of comments is very sleazy.

Well they are sort of paying for it...

No they aren't. They donated the money. There is a difference. Their fault totally. Even though the devs are EA level pricks.

Entitled? They have a Patreon page that literally asks for people to donate money to them so they can make this mod a reality. Even as little as $1 will help them keep working on the project.

These people that donated are not entitled. The devs ASKED for money to make this thing

That is pretty spiteful.
"blames community toxicity for delays"
"toxicity" - Devs being snowflakes.

Right. As if comments online have any bearing on when and how they do their physical work.

People are becoming weak mentally today. I hope we all can continue to make great games and overcome any challenge. but the world needs toxic just watch rick and morty lol. that's a funny example

What's worse than pre-ordering a game? Pre-paying on a monthly basis to a group of non-professionals to make a mod for an ancient game that may or may never see the light of day.

These modders will never be trusted & mod again

Only on PC will people do extra work to fix whats broken.

I hope people are smart enough to cancel their donations. People like this don't deserve your money.

I didn't know this sort of work was related to anyone owing anybody anything.

I'm sure they love all the bad press right now lol...but it seems like they did it to themselves with their comments.

The hell you don't! You took their money!

They're only doing this to exploit how patreon operates. You can keep a game in perpetual beta status just constantly adding and removing the same things over and over while getting money each month, because if you release the game, the money stops coming in. I've seen this tactic done many times. That guy is massive douchebag and I'm 110% sure people were not paying them each month as a "donation" in their minds. They can use whatever technicality they want to argue with but everyone knows nobody backs someone on Patreon with the intent to get nothing in return. You don't set up a Patreon then get mad when people actually throw money at you each month. He also is scapegoating toxicity as somehow being such an overwhelming force of nature on their end, when it's just them being lazy cheating shits and blaming everyone but themselves. Used unauthorized code from SKSE and that makes up 25% of the mod.

18k a month is enough to pay a few people full time salaries to work on the mod. So why don’t they do so? They made a Patreon page exclusively for this project. I think they owe the community more respect and updates than they think they do.

Amazon Slashes Up To 75% Off On Several Bethesda Games

Play with Stocks and Pet the Dog in These Skyrim Mods

Wyrmstooth is an expansion-sized mod for Skyrim Special Edition