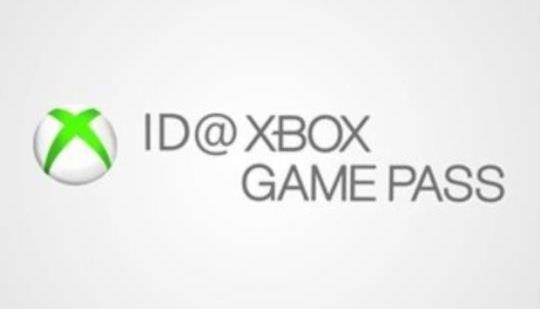 This is great news for independent developers and gamers.

Nice, loving the support indie dev are getting well as the spot light

From the guys that critized the indiestation for having many indies and now suddenly love indies?

Of course. Nothing wrong.

I believe those people were "criticizing" that period of time at the beginning of the playstation 4 launch where sony relied more heavily on indies. It's much more balanced now.

I have no problem with Sony support for indies. Sony wanted plenty of games at launch and also produce developers from all types of studios to have experience with their new Playstation. Nintendo and Microsoft are also smart for bolstering their lineup with indies during their dry months of AAA titles.

Some of my favorite studios are indie like CDPR and Bohemia Interactive.

Why resurrect the fanboy nonsense?

I think a lot of people have learned to appreciate the uniqueness, charm, and importance of indies over course of the generation. The bashing of indies by a certain group was a frustrated and emotional response to another group who wanted to make fun of the lesser power of a certain machine.

Everyone likes good games, and we all like a good indie gem that comes out of nowhere. I've played many of these this generation. I hope we get a lot more of them.

You mean the same was Microsoft relies on BC right now rather than making compelling good quality exclusive games?

and it's strategically scheduled an hour before sony's streaming showcase...if this keeps up then it will turn out the same as the e3 conferences from yesteryear where everyone is trying to have the best stage presentation between the big 3...this could be bad for the future of e3 in the long run.

And in other breaking news, competitors are competing

Yesterday I said I was curious to see what Spencer would do to jump up and down in the corner saying, "Look at me, look at me. We're still here and relevant". And I guess i didn't have to wait long for the answer.

That said, this is actually a good thing for indie devs.

not sure what happened but now the microsoft event is now a day after. i could have sworn i read somewhere that it would be an hour before sony's stream which is happening later today.

I'll just read the news here, and the subsequent opinion articles about how MS is killing it, or maybe now how Google is going to decimate MS, and the world will suffer a huge economic recession as these two companies go to war....or something less probable.

I just figured those downvotes were from the ones talking all that "Indiestation" trash early in the gen.

Keep the games coming Microsoft. Some of my best gaming experiences this generation came out of [email protected]

Wow... Pretty low standards then. There is a world out there with 10x better games than those.

Well there are some genres now that the big AAA guys don't touch anymore. So it's nice to have these indie devs giving some variety. Games like Cuphead, Ori, Below, Inside, Celeste, Dead Cells etc. Are all one of a kind and something you won't get from AAA devs

Just like theres a world with 10x better people than you! See how that works...

What world is that?

Like nintendo is doing, when you lack 1st party games like xboxone or 3rd party games like switch, the last resort is embracing indie games to cover for the lack of real AAA software. Sony was mocked bad in 2013/14 for relying on indies by xboxone fans, now that xboxone have been struggling all gen its time to embrace indie shovelware like the switch owners have. Overrate games like shovel knight, celeste, and the rest of the 8 bit looking trash.

Well first, it's overrated*, and second, sounds like you were bad at Shovel Knight and Celeste if you think they're trash. There's a reason Shovel Knight has been released on so many consoles and is getting a new release for Switch/PS4 coming in a few months, also Celeste got a 10 from IGN and nominated for GOTY of all things. "8-bit looking trash" has been treating gamers better than most AAA developers/publishers now anyway. Like what you want but trying to downplay an entire genre/section of games because you either don't like them or were bad at them doesn't make them suddenly go away. They'll still sell millions without your support.

The most positive thing about xbox this generation [email protected]

Ohhh I get it..... Xbox is a step up from the Ouya.
I here Xbox is adding Jezzball and Minesweeper in April to GamePass in stunning 4K 30fps with few but some FPS drops.