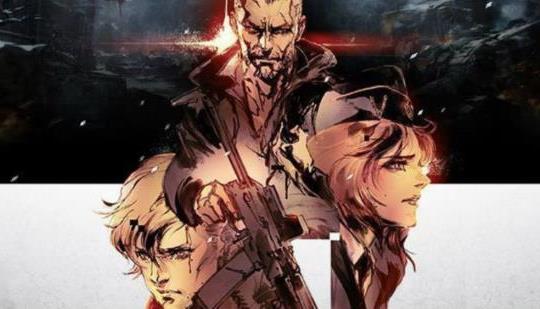 PlayStation Lifestyle: Square Enix has brought the Front Mission universe back with a stealth game comprising some fascinating design choices.

7/10 is better than i expected. I don't understand why SE let this game out so undercooked? It also appears that Square completely gave up on this game half way through development. They obviously gave a shoestring budget and didn't even bother marketing the game. Instead of allowing time for polish they just pushed it out. It's a shame because it could've been a fun game. Post apocalyptic dystopian future set in the Front Mission universe. Mechs, snow, Yoji Shinkawa (MGS artist). Could've been fun, but it never had a chance.

Here’s the thing, fans of Front Mission want a proper Front Mission game. So who is this for? Metal gear fans? If it is it’s a really awful take on the formula. Is it for Front Mission fans? If so only Wanzers and the universe have a Front Mission connection. In the end nobody gets anything they want from this game. The worst part is I think I heard they were planning to do a turn based strategy game but opted with action since that was the directors forte... well yea let this be a lesson to you Square.

Most Disappointing Games of 2019

Top 5 Most Disappointing Games of 2019 So Far

The Devil in Me review - Movie Homage Plays it Safe | TechStomper