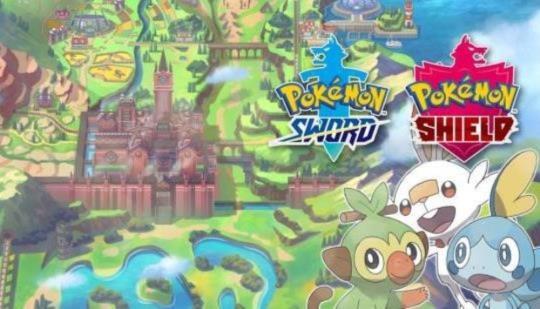 Although we loved what we saw in the Pokémon Sword and Shield reveal, there's a disappointing lack of any sign that the Pokémon series itself will be evolving any time soon.

Adhttps://www.youtube.com/watch?v=IJUbGKExS0A
- Comments (16)+ Comments (16)
TopNewestOldest
Expand all
The story is too old to be commented.

People who keep saying it needs to evolve are fools, let the crap experiments stay in the let's go series, the reason these games are disappointing is because they are the ugliest 1st party switch game released so far. There's no reason for the visuals to be as bad as they are. I said it before i'll say it again Pokemon battle Revolution on the wii is just about on par with S&S.
https://i.ytimg.com/vi/hzd-...
The battle arena's in PBR are clearly better than anything we've seen in S&S and the pokemon models are better in S&S but not by much.. certainly not 2 generations better. It's an absolute joke, there is no reason for one of their best selling franchises to look this bad. Don't even make the lame excuse of "oh the switch can't handle any better" because that's a flat out lie, you're really gonna try to tell me they can't make even just the battle sequences look any better when Pokken DX runs at 60fps on Switch and is fast paced gameplay with lots of effects going on AND looks 10000% better, come on, get a grip, they chose to be lazy because they knew they could get away with it and that's how it is.. and all the sheep defending it are only proving them right.

seeing pokemon on console for the first time shouldn't have been anti-climatic. but it was

Its because Nintendo's current business model is to make games with functional graphics and nothing more. They want to make as many games as possible with the least amount of effort.

this makes sense from a business point of view, but the gamers suffer because we end up with horrible, bland looking games which don't look like a labour of love, but rather the result of a cost/time cutting exercise.

Aren't Pokémon games made by Gamefreak?

In the case of Pokken Tournament, fighting games routinely look better than many other games because there isn't nearly as much to render. They often have only 10 or so stages to model, baked lighting, baked effects, etc. There was no way the mainline game would have looked better than Pokken with the more things they have to actually model.

As for your Battle Revolution comparison, here is a better comparison:

Here is one for the character models
https://imgur.com/gallery/2...

Here is one for the Pokemon (Pikachu)
https://imgur.com/gallery/e...

It's okay to be disappointed in what you wanted out of a console Pokemon game, but lets not exaggerate. Everything in Shield and Sword are, on a technical level, more advanced than Battle Revolution.

People keep saying the series hasn't evolved, but if it did they would be pissed it didn't stick to the classic formula... gamers are so needy....

And yet everyone loved Breath of the Wild and it won GOTY. Nintendo fans are truly illogical creatures.

What you failed to realize is not every game can be like BOTW. For Pokemon, if you change the formula too much then it won’t be a Pokémon game anymore.

But hey, you are a big Sony fanboy and it is only natural that you are blind to this.

The core of Pokémon is exploring, finding/catching/training/batt ling new Pokémon and leveling up to some demonstration of Pokémon mastery.

You can still stick to those core elements and have a lot of room for iteration.

Monster Hunter World is in many ways a demonstration of what Pokémon could be in terms of tracking Pokémon and building a living world with its own animal ecosystem. You could change that and keep everything else the same (capturing, battling, gym leaders) and still have a radically new Pokémon game that feels like Pokémon.

There is no formula to Zelda though. One game to the next is usually quite different and relies on several different mechanics.

I liken BOTW to the original Zelda on NES. Turn on the game, go into a cave, get a sword, go figure shit out.

BOTW opens, you awaken, walk outside, cue title screen, go figure it out.

just look at zelda, if people just settled with anything they got, we wouldnt've gotten BotW

i only speak for myself but after playing mario odyssey, botw, and xenoblade 2, the extreme linearity and the fixed camera is gonna make these games utterly unplayable, for me at least

Here's how it will go. Pokemon fans will love it though possibly have their issues. Haters will hate the game no matter how good it is (example Pokemon Let's Go). But we have seen all have one minute of the game without context and only three new Pokemon. Personally this time I think I'm going on a media blackout. Both X and Y and Sun and Moon I followed it and feel they revealed way too much, it lost a lot of mystery.

I believe it will be phenomenal, buying day 1 for sure.

Pokémon Should Go Back to Pixel Graphics

The Real Reason Pokémon Games are So Expensive

Pokemon Sword/Shield giving out Porygon-Z from winner of Pokemon Trainers Cup, valid one day only