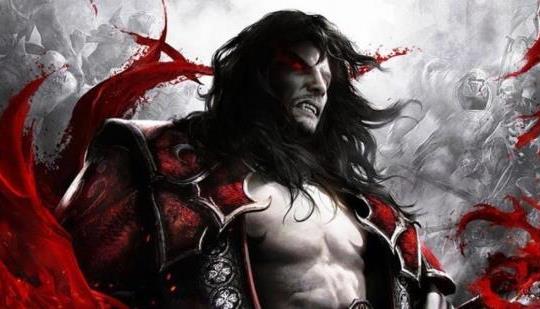 Alex S. from Link-Cable writes: "It’s been a Castlevania-packed week here at Link-Cable as we’ve spent nearly every day covering the series and reminiscing about our favorite moments from the revered franchise. But now it’s time to turn away from the light and take a deep dive into the darkness that is the worst games from the series. Yes, while the vast majority of games that bear the Castlevania games are genuinely good there’s enough monsters lurking in the shadows to fill us with dread of ever stepping back into Dracula’s castle. So grab your whips and your wall-meat, things are about to get"

It's unfortunate how LOS2 turn out, great gameplay mechanics let down by mostly bad level design and dull story.

LoS1 is among the best games i played, it reminded to rush into judging a game without trying it.

LoS2 had good combat.
It's how the end of the game was lackluster and felt unfinished.

Knew that Number 1 was going to be Castlevania Judgement. So many people judge the game without even playing it. It was a fine game with some flaws like most games, no where near the worst.

Simon's Quest is one of my favorite games of all time and ahead of its time. It felt like an action rpg, the day/night cycle was awesome and different, and when I figured out how to take the tornado to the other side I was excited. I beat the game in the early 90's and still have great memories playing it.

I know this would never happen but I would love to see a From Soft remake of Simon's Quest with Miyazaki developing it. It would hold up well as a souls-like experience.

Simon's Quest is always the bastard child of the good Castlevania. It was frankly ahead of it's time.

It's "cool" to hate on that game. Apart from being obtuse because of the localization, the atmosphere, gameplay and music still makes it one of the most memorable Castlevanias. It laid the groundwork for 2D exploration games down the line.

Ionno, can't say im a fan of the series, always had an interest but my interest started after the games stopped being made. So LoS 1&2 were my introduction to the series, and though i knew they were very VERY unlike anything else in the series i still took it as an introduction to the series. I personally loved those 2 games to death, but certainly felt 1 had the better story for sure. Such an underrated couple of games though, to this day i still get chills thinking about that final boss fight in the first LoS, man it was awesome. And whoever their lead art director was is freakin amazeballz, wish he was doing more games cause i really dig his style

New Games with Gold for October 2021

Lords of Shadow 2 Is Castlevania's Most Underrated Title

New Games with Gold for March 2020

Terrifyingly Bad: A Look Back At the 3D Castlevania Games