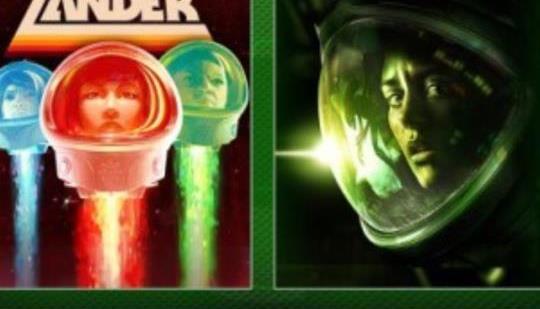 Xbox Wire: "It’s true, constantly bringing more games to you is kind of our schtick at Xbox Game Pass, so let’s talk about the journey these latest additions took to get from us to you! We started with the customary good luck ceremony, during which we wrote heartfelt haikus in tribute to each game, and the social media team sang their rehearsal solos for the Xbox Game Pass: The Musical."

Nice adds. I like how their site has fun with the announcements.

I heard really good things about the Alien game. Gonna check out. Another win for Gamepass

alien isolation is a great game. I love how they stayed true to the original film with the late 70's sci fi vibe.

Alien: Isolation has the highest number of players who never finished the game - of all the games... this is why I never bothered with it...

Alien isolation is great. It just needed some editing. If it was about 30% shorter it woukd have been a masterpiece

@Estvez yeah because it got very repetitive and rather than them wrap it up and bring it home they added another 10- 15 hours of nothing new. But would defo check it out on GP if you never played it, it really is faithful to look of the movie and still looks great now

It's a fantastic horror game, the Alien AI really keeps you on your toes.

I agree lots of great games.

Alien Isolation is a winner

One of the few bright spots for the Xbox One is the Xbox Game Pass. I am waiting for them to be the Netflix of gaming. Even for new titles. That's the goal. That would be so awesome. That's like their main selling point.

The native 4k triple A 3rd party games like far cry 5, shadow of tomb raider, red dead 2 and metro exodus is also a selling point to me. and backwards compatibility with some 360 and OG Xbox games get free 4K patches like half life the orange box and KOTR. Also More and Better free games with gold and you actually keep the Xbox 360 free games forever. And they offer pretty good ones I’ve filled out my gaming library with good titles like South Park stick of truth for example. The controller and 4K blu Ray playback are nice as well.
And while they don’t have the best game library of all platforms there are still pretty great games that can’t be played on a Nintendo or Sony system like games in the halo Forza gears franchise and new games like ori and the blind forest quantum break from remedy sunset overdrive from insomniac. Plus looking forward to new games from ninja theory.

But your right game pass is a big plus. Getting titles like doom, hitman, shadow of the tomb raider, rise of tomb raider, fallout 4, rocket league, alien isolation, resident evil revelations, plus all first party Microsoft games is a damn sweet deal!

It's shocking how much speed Game pass has picked up recently. The selection of new games is great so far.

Those who haven't tried Alien already you're in for a treat!!! Fave game of this gen.

Hiding in a locker waiting to see if you get discovered. Leave the locker only to get detected. If you are lucky you can make it back to the locker. Probably doesn't sound like fun but it was, very intense. Great game.

I agree with these comments Alien Isolation was a little too long. But nightmare mode was fuuuun

Best Games Based on Movies