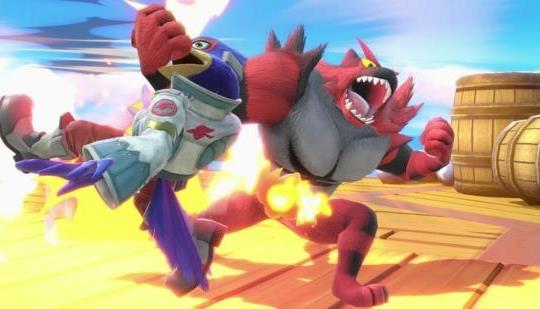 5 Games that Tried to Copy Smash Bros. and Failed

Smash Bros. Ultimate has the games industry worked into fever pitch, so we thought we'd take a look back at 5 games that tried to copy it and failed.

None of those games are near the level of Smash.

Red Dead is a fighting game? Wow, I didn't know that. Do you really want to pull the Metacritic thing? Lol

That's not the focus here, though. This is about games that were heavily influenced by Smash.

And SSB wasn’t influenced by Outfoxies?

-"ripoff of The Outfoxies"
-"influenced BY Outfoxies"

There's a clear disparity between being a ripoff of something and taking influence from it. I'd suggest not confusing those terms in this discussion (should you continue to have it).

It didn't fail though; in fact, it replaced or re-implemented core gameplay concepts that were bonafide enhancements to the formula that made this style of fighter what it is today.

No it isn't. There are lots of differences and Outfoxies didn't have 4 players on screen at once. It was 1 on 1.

The games are barely similar outside of being platform fighters.

I doubt those devs would just wake up today and say “Hey, you know what? Let make an Outfoxies clone!” instead of “Smash clone”.

It never fails. Whenever someone brings up Smash Bros there is always that one guy who says but but but The Outfoxies. A game that looks like an update to Taito's Elevator Action arcade cabinet that I used to watch my dad play all the time.

No, it really doesn't. It's a fascinating occurrence on this site that always feel fanboy-driven rather than informing others of fighting games history.

Yes, a ripoff of a game that nobody but you, not even Sakurai himself, has ever heard of.

Playstation All-Stars is the only one on the list with aspirations of being on, or higher than, Smash's level. The rest were created to make a quick buck off of the smash formula, namely the Cartoon Network one.

I was really looking forward to PASBR too. I was sad to see it fail but its core gameplay was horribly flawed so it wasn't surprising.

I loved all stars, far more than smash. Needed a few tweaks, sequels could have fixed that.

TMNT Smash-Up legitimately made me feel both sad and angry.
Because for a brief time, I owned it.
And I wanted it to be good SO BADLY.
But it just WASN'T GOOD.
Lack of key characters, bad floaty physics that made even Smash Bros. BRAWL feel fast and weighted, and just overall half-assed effort.
I had more fun with TMNT Tournament Fighters, and that one did not age well for me.
As a fan, TMNT deserved better.

I would be blown away if Sakurai put the Turtles into Ultimate, though.

Make picking one work by either switching costumes but with different weapons, so you play as one Turtle all match long and multiple character slots aren't taken up [think an advanced form of picking Alph instead of Olimar pre-match], or like Pokemon Trainer's switch-out mechanic does via down-B. [Except with Ninja smoke instead of pokeballs]

I wanted that game to be good as well. I skipped it when it turned out it only had 16 fighters several of which weren't even TMNT characters. Between the then 3 movies, comics and the multiple cartoon shows it could of been great.

Reading this article has only raised one question for me, why the f#£& hasn't Viewtiful Joe been remastered yet?