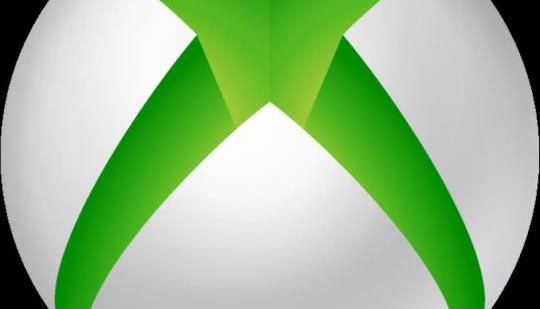 Major Nelson gifts a gamer a 12-month membership to Xbox Game Pass after the gamer asked people in the community suggestions on what games her mom can play.

Adhttps://store.steampowered.com/app/1488200/Symphony_of_War_The_Nephilim_Saga/?utm_source=n4g&utm_medium=native&utm_campaign=sow_n4g_native&utm_content=png
- Comments (28)+ Comments (28)
TopNewestOldest
The story is too old to be commented.

How generous a PR stunt.
https://media.giphy.com/med...

How about paying for the mom's knee surgery.

Lol go DM Shuhei to pay for it if you're so concerned about his mum.

He didn't recommend any games. Or did he send a code for a game. It's a PR stunt to promote Game Pass and knowledge of Game Pass.

"Don't know what Game Pass is?" "Oh, it's a subscription based service that allows you to play a selection of....."

If Microsoft cures cancer he would blame them for all the doctors losing their job.

Microsoft would put the cure for cancer behind a paywall. And if it was a free drug,they'd charge for shipping costs.

And a nice one at that. Good lord...how toxic do you have to be to find negativity in something like a small gesture like this?

After you suck off Sony do they make you swallow?

Hahahahaahaa! Nice one. I bet they dont even have to ask him too.

When an individual can't respond back with an intelligent response and turns to childish behavior. Wearing your age on your sleeve.

I can recognize advertising when I see it. And this gesture is to spread it by viral means. Gifting her what is essentially nothing of value as it didn't cost him a cent over something like paying her knee surgery cost that's real. Sure buddy.

It's straight up advertising used during the Christmas season to promote a subscription service.

yes it is good PR and also a nice gesture. there's literally no negative spin you can put on this without sounding like a pathetic fanboy

You're getting downvoted, but everyone doing it knows this is a PR stunt. It would have been a PR stunt if Sony did it as well. A nice gesture, sure, but you're lying to yourself if you don't think it was a self serving motivation.

Gamer asks the community what games his mom should play.
Nelson gives him a year free subscription to a service that has over a hundred games to choose from.

Are you surprised that he had to put a negative spin on something positive?

“How about paying for the mom's knee surgery.”

The girl asked for game suggestions, not for money for surgery. Nelson didn’t give her mom 1 or 2 games, he gave her 100+ games so her mom can find the games she would like the best. Also, how is it MS’s job to go around and pay people for surgery? Are they a charity organization now?

I swear to god you fanboys say the stupidest things sometimes.

I wonder if Shadow would have claimed "PR" if MS paid for her knew surgery?

You just know he would have.

Actually, that would have been a great gesture.

When there's more than one article pushing game pass during the Christmas season, it's advertising.

No games being advertised. Just a subscription service. It's bad enough you guys started the paying for online, buying horse armor, supporting a company with tons of money but a poor 1st party, backed them after they tried to destroy gaming with DRM. And now you're supporting them with subscription services and lack of physical game ownership through digital.

You guys just never learn even when they lie about 3x the power or high fidelity VR.

Nice gesture, I would’ve just said Forza Horizon 4 or something.

Yeah Forza Horizon 4 would have been a great choice. Along with Ori and the blind forest.

they are both in game pass

Very nice of him.

The Best Tom Clancy Games From The Franchise's Golden Era

Review: Get an eye-to-eye with death in The Devil in Me - Entertainium