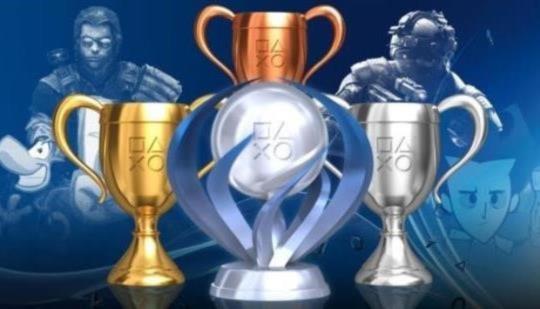 Joe Y writes: With server closures, glitches, and broken patches, many games have unobtainable achievements and trophies. Here are the top 10 you can't 100% anymore.

"It sounds simple enough, but due to the expiration of licenses, one of the four songs, Promised Land by Vesuvius, is no longer available to download. If you previously had it downloaded, it will *not* be taken away, so you'll still be able to grab this one."

Well damn it. I really dig that song from The Rocker and I did not know it was in RB3. I stopped playing after RB2.

Online achievement/trophies are dumb. I’m not sure why they still include them. I recall the modern warfare games were applauded for not including them.
Unless the game is an online only game because what choice is there at that point.

Uhm trophies are fantastic, they give you real reason to keep playing a game after you beat it

If you need trophies to keep playing a game after you beat it, then is the game worth playing any further? It's imaginary points, not better gaming. Good games will be replayed regardless of imaginary points.

@Christopher
That logic makes zero sense. It's most definitely 'worth playing further' as you go and do things you clearly didn't do the first time....hence why do didn't get the TROPHY. It's not about better/worse gaming, it's about a replay of a game feeling fresh and not redundant.

***It's most definitely 'worth playing further' as you go and do things you clearly didn't do the first time....hence why do didn't get the TROPHY.***

If you need a trophy to do something and not the fact that you enjoy it, is the game actually worth playing? Seriously, how is that a foreign concept? How is that nonsensical? I guess it's nonsense to someone who plays for trophies, but that's about all you're playing for when you promote the reason for doing more to just get trophies and not because you enjoy it.

In fairness sony did have that gold trophy auction for all those commercial props.

Would have loved to have enough trophies for that.

...except if you want to play a game online a couple of years later and not being able to, hence from getting all the trophies.
I’m not obsessed with getting every achievement/trophy but if I like the game I may try to. I’m simply being punished for not discovering the game earlier.

Most games... minus complete failures last much...much longer online than I believe you are giving credit for...

When a games server goes offline then they should allow users to create their own p2p servers to keep these games active. They should also unlock or delete the trophies from any list to those who havent got them.

I can think of a few honorable mentions. there is one for smartglass seeing as smartglass is now defunct. there is also ones for 1v100 and dorito crash course 2 since both of those games are also defunct.

They need to add a way of keeping these trophies for people who already earned but removing mention of them for people who haven't and now cant earn them.

Well...there's always the next life.

A Decade After Its Release, Call of Duty: Black Ops 2’s Weaponry Remains The Best in The Series