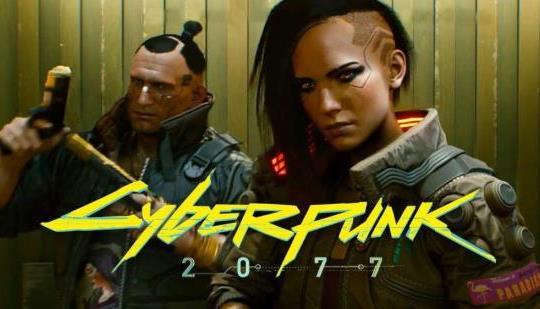 CD Projekt is neck-deep in development of Cyberpunk 2077 following The Witcher 3 and the studio appears to be aiming rather high in terms of quality.

Hopefully CDPR can be persuaded to included the much asked for third person perspective. You want to be as good as R* - then add a third person view, they added both views and left it up to the gamer to decide how best they wanted to be immersed in the game.

Get ready for the down-votes. I completely agree with you. Option has to be there as how 'I' want to play.

I do have faith that CDPR will add a 3rd person view. Here's hoping.

No. Option does not have to be there.

Many times you have to compromise on 'options' if you want to deliver on a particular vision. If you constantly give in to 'play the way you want to play', you can end up with a 'meh' game instead of an amazing game.

Rockstar is way bigger and has much more resources than CDPR to be able to pull off both TP and FP view so well.

How come it's only been Cyberpunk people keep moaning for third-person view? I've literally never seen such an outcry over this in any other game.

Why only Cyberpunk be attacked over a choice made in thousands, and thousands of other games?

I'm so glad it's FP. They're so much more immersive in general.

It's so dumb..not every game needs it or needs to be tailored to everyone. It's impossible.

From what I see of the game, I don't see how third person would function very well. Third person isn't great when dealing with verticality (which 2077 seems like a very vertical game), and/or having to interact with large amounts of items. Do you think third person would ever work with the newer Deus Ex games? Absolutely not. It would be a nightmare trying to interact with small items on higher planes. Even in Witcher 3, you run into that problem and see the limitations when trying to grab certain things at hight, because you don't know exactly where you're looking. Has Elder Scrolls ever been great in third person? With the way they've decided to design the game, it's just not going to work. I remember when people were pissed that Metroid Prime was going to be in first person, then it turned out to be one of the greatest games ever made, and couldn't possibly have worked as well any other way.

I have confidence that they know what they are doing. I'm sure during testing they tried 3rd person pov and it didn't deliver on their vision of the game. Not everyone knows what's best for them, sometimes you need to take a professional opinion. You can believe with the thousands of man hours pumped into development, riding off of one of the best games this generation that they want to put out quality. Who knows maybe they'll patch it in. Imagine if the Witcher was in the 1st person pov, and not just in 1st person, but designed for it.

Would you stop and actually think about why third person doesn't work for this game? You may have even read one of my many replies to people pandering about it.

This game is specifically designed around first person. Corridors, ventilation ducts, alleyways, etcetera are far too narrow for a proper third person camera. Granted, Deus Ex uses both perspectives to overcome this. But, that would be silly to do exactly the same thing that Deus Ex does while being similar genres. It also isn't a good comparison because CP:2077 will be taking everything many steps further while bring more realism to the mix.

The vast amount of real estate in this game will be designed realistically and most of it is fully explorable. Do you understand how densely packed this city is? Did you see the crowds of people and how small some of the living complexes are? When you're going to be exploring the smallest nooks and crannies, you won't be doing it with a third person camera jammed up against your person because of no room.

Now, here is the actual, most important reason of all. A third person camera in itself is a godly power. You can peak around corners and behind cover. This game is all about starting as human and upgrading your strength, speed, durability, regeneration, various perks, and your cognition(AKA sight and hearing). Upgrading your vision will be so different and less important if the game is in third person. Give it up already. This game is specifically designed around being first person for actual reasons. They said it themselves, that they experimented with both perspectives and that first person won, despite their prior projects being third person.

It's so much easier to convert from third person to first person. It's far different to do it the other way around. If you think this game looks like it would be better as a third person game then you really aren't looking hard enough, or at all. Just because it's your favorite perspective doesn't make it the right one for everything.

It's called a band-wagon. No one cared before, and very few still care. But, they just want to be a part of a push for something.

It's also sad, because we haven't had a genre-defining First Person game in so long. Yeah, it's an RPG first. But, it's an FPS too.

CDPR are the ones have have come out with the comparison to RDR2. They are the ones that say they want their game to be as "refined" as Rockstars' games.

Well GTA V had both third and first person views. It is the highest grossing entertainment product of all time.
RDR2 has both first and third person perspective and is selling like gangbusters.

For those two games we didn't hear Rockstar trying to convince themselves why they only needed to choose one perspective, or why another perspective was not necessary etc etc. Rockstar just know that they reason they are at the top of the Game is because they will innovate and push the envelope for the sake of the player.

At the end of the day alot of gamers suffer from motion sickness, and first person views contribute to that. Also alot of gamer are more immersed in a character when they can see the customisations on the character they are controlling. When you have a game that has a primary focus on customising your character, it just makes sense to be able to see the customisations on your character.

They weren't comparing the camera angles. Being "refined" has nothing to do with having multiple perspectives. They spoke of the game as a whole, but specifically mentioned polishing the game world as much as possible, which is RDR2's strongest suit. RDR2's biggest complaint is that the gameplay isn't nearly as polished as the rest of the game. It's not nearly as intuitive as other third person or first person games. I'd rather they improve the main perspective and gameplay features surrounding it than having more to worry about by having another perspective.

Not every game needs a Third person view and if thats what the devs want then so be it. You can bypass a game if camera angle means that much to you.

Right and so not every game must be first person

The reason this is unlikely is due to the fact that they've been building this game, from the ground up, to accommodate the first person perspective exclusively, SINCE THE BEGINNING.

Shoehorning (forcing) in a third person perspective, at this point, literally wouldn't be feasible. If they tried, the results would be horrible, and people playing in third person would just sound off about how terrible it is. It would also completely upend ALL their work, and they would have to make DRASTIC changes to virtually all of the game's systems. These choices have to be made BEFORE development begins, or at least in the EARLY stages of development. It can't simply be added after years of game design based on a first person exclusive mindset.

Ignore the defenders and evangalists. They dont know how to criticize for sh*te. Youre completely right though.

First person is perfect perspective for Cyberpunk 2077. No need for third person. Was there this kind of crying for a first person view in The Witcher 3?

Fuck that. Wasting budget on the same animations and time on fixing bugs? I don't want a bethesda game. And Rockstar is nowhere near Cd Project. I couldn't enter any of the homes in Red Dead 2 unless it was a shopkeeper. Absolutely laughable.

I like first person. Hope they achieve their vision.

Personally I choose third person over first person anyday anytime, but CDPR has proven their quality service. Like come on they had used the typical westren medieval settings RPG, but although literary this is the settings of 80% of westren RPGs but they offered one of best games ever and the best yet in this gen. So as I hope for 3rd person as I trust CDPR quality.

My most anticipated game since Fallout 3

Being refined as a game that was released almost 2 years before yours shouldnt be a goal, it should be normal lol. It should be more refined tbh

I hope it's not as tedious and slow as RDR2. I loved RDR2 but it was much too simulator-esque for my personal taste. Also the cover system is trash so I hope they spend more time on that if there is one in Cyberpunk.

RDR2 is a little tedious. I don't like the they way you are forced to walk through camp, the travel times to mission locations, the way you are forced to travel on horseback at various points because the coach is unavailable. I just can't stand Dutch as a character. I am in Ch. 5 and every problem they have faced has been due to his greed. I do like the writing and attention to detail though, but some of the design choices frustrate me.

Even though I don't like their products at least they give respect to developers who deserve it.

I just hope it has quality, intriguing sidequests like Witcher 3. I love how they fleshed out that game world.