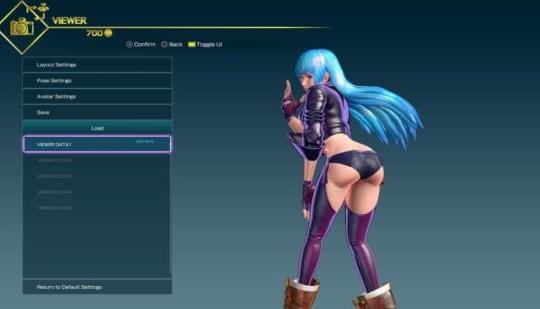 David from BagoGames writes: SNK Heroines: Tag Team Frenzy fails as both a fighter and fan-service game. Its mechanical simplicity prevents it from engaging for extended sessions while the overwhelmingly limited character customization and costume selection inhibits the extent of its fan-service. Its $50 price tag across PlayStation 4 and Nintendo Switch adds further insult to injury.

Oof what did you expect a Christmas miracle with this bring the citizen kane of fight games or something.

You can have a fighting game that’s accessible and still has depth for higher level players. *cough* dead or alive 5 last round cough*

This is a fan-service fighting game. You review games based on what they are, what their target audience is, and how well it achieves what it sets out to do.

As a fighting game, it sucks because it’s so simple it’s mindnumbing. It also sucks as a fan-service game because there aren’t enough girls, each girl only gets 3 costumes, and the customization is so limited. It literally sucks at both things it is and tries to be, hence the low score.

Under $20 sale on Switch games include The World Ends With You: Final Remix and more

SNK Heroines Releases For PC via Steam on February 21, 2019