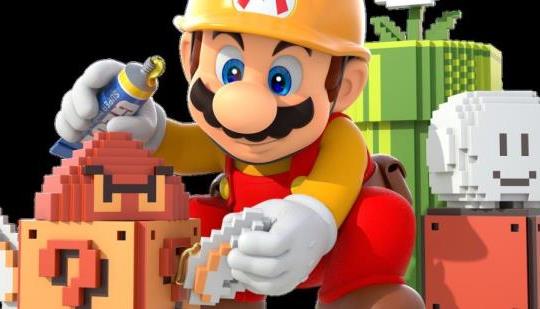 The 11 Wii U to Switch ports we need immediately

Missed these games on Wii U? Or missed Wii U entirely? There’s room on Switch for us all to play catch-up.

Leave my Wii U games alone! That poor system has so little identity left...Every game that comes over makes my Wii U feel more like the beta console it seems to have truly been.

why not both? wiiu ports can be outsourced to another company while main Ninty devs can focus on new games..plus i believe many gamers wont buy wiiu anyway, so why not let switch gamers to enjoy great WiiU games, which some of them are some of my favourite games

I'll be honest, it is mostly selfish :-p

I didn't initially mind the ports because I understood the need to pump out a lot of quality content to start out the Switch's library. But they just keep dipping into the well, and it is going to be strange when essentially the entire Wii U lineup ends up on Switch. A lot of the library has already ended up there and the more that gets added from Wii U to Switch just decreased the value of the Wii U for those that own it. And I would like for the Switch to feel like its own console with more unique content to its name, rather than be a port receptacle that feels a bit more like a "Wii U 1.5".

I don't begrudge other people now being able to play those games - that's good - it just stinks that so much of the Switch's current value lies in the ports. And they are ports of games I already own, so the Switch has been fairly underwhelming so far. I expected things to be thin on the ground for a while - only been about a year and a half since launch - but after E3, I'm kind of worried. There was not a lot shown to get me excited for the future. I'm hoping they have more original content in the pipeline and slow down on the Wii U ports.

the wii u was a beta console because it didnt sell enough. I was hesitant on buying the wii u also, but wouldn't hesitate to buy the games the switch

well they said there are more unannounced games for 2018 so lets see (maybe new Nintendo Direct incoming?).. I am a WiiU owner almost since day 1 and loving it..but system itself is dead regarding game support..and hobestly I want those games to live, even if it means having them on Switch..and I want gamers to experience those games because they are awesome and it would be pity if they were gorgotten..plus games from this list deserve much more sales than they had on WiiU due to small console number sold (example one of my favourite Platinum's game awonderful 101..plus maybe they can add some extra (or not)..plus Switch is awesome.. and your other new games are coming, Ninty usually takes time to do them (as always)

Mario Maker would be awesome on the Switch I would like to play that since I don't own a Wii-U and the HD version of Twilight Princess also.

All fans and more importantly, all companies do it though so I'm not going to single out or criticize Nintendo for it. If you remember folks said the same of the PS4 in its early days. I do agree though without major third party support the Switch has an uneven balance of remasters to supplement its current library. Obviously that will change as the device matures. 2019 should be the last year of the 3DS and portable devs are already transitioning to Switch en masse. I wouldn't be surprised to see a smaller model introduced in advance/or in concurrence with the new Pokemon in 2019. If they release it with a $199 pricetag and color variants, Nintendo would shatter holiday sales records in several markets.

It's actually cuz it's really cool to be able to play home console games on the go. Also no need to be for new IP's cuz Octopath came out recently so not sure what you're talking about.

all quality games. These would fill in the gaps nicely and are all good games.

Just opened this to make sure Tokyo Mirage Sessions was on there, good...very good.

Give us a Wind Waker/Twilight Princess HD collection.

Don't need any ports!!! If you missed it on WiiU then go out and buy a WiiU they super cheap! ... I want HD GameCube games and HD Wii games same as most lol

It's actually a good list. I mostly wanted Mario Maker and Hyrule Warriors. Hyrule Warriors has already come to Switch, so it will be one of the first games I play on it.

The other games on the list also look fun, and I would pick a lot of them up if they were ported over.