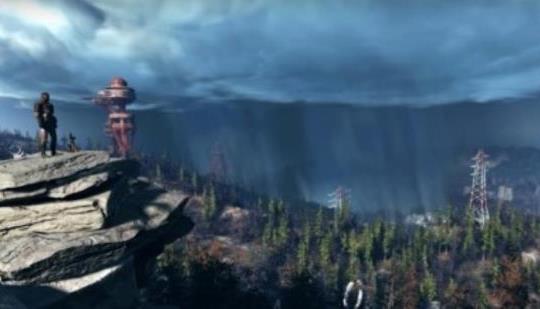 'Fallout 76': When required Internet hurts most

'Fallout 76's internet only rule is going to hit one group of fans the hardest – those that actually live where the game is set.

Yeah this seems to be overlooked by so many. Even in 2018 there are many, many people all over the world let alone in the states that just aren't offered access to high speed internet. I know many whose only options are Jet Pack or god forbid Hughes Net and you just can't game with those speeds!

Also we still don't know what will happen with Net Neutrality and how that will or will not affect the internet.

Okay and? Those people choose to live there. If you're a kid under 18, that's unfortunate but life isn't fair. At 18 you can freely move to an area that supports your hobby. Single player games that require an internet connection to play? Yes, I agree those are ridiculous and need to end. Games that are multiplayer only don't fall in that category. They are 100% designed around online play. Think of it like an MMO. You're not gonna complain to Blizzard that you can't play World of Warcraft because they don't offer internet good enough in your area to play.

People tend to believe everything is an issue if it doesn't appeal to them when developers try something they haven't done before. Fallout 4 hasn't even been out that long given the normal development cycle of these types of games, they wouldn't dare give us Fallout 5 before another Elder Scrolls. These single player driven RPG cannot be done in 2 1/2 years while their working on Starfield and ESVI. So it was either outsource like they did before with Obsidian for spin-off, or revive what they built for Fallout 4's scraped multiplayer and turn into a brand new game with their newly acquired multiplayer studio. As much as I would have loved another SP offering, there's a large chunk of Fallout fans that want MP. They finally had the opportunity and they're going for it.

"Okay and? Those people choose to live there."
yeh coz its easy just to buy a new house and move with a click of the fingers all while selling the old one in 2 weeks... how pig headed can you possibly be?

it turns out to this all over again.

Some of the most successful games out there, like Fortnite and PUBG, have shown just how exaggerated that comment is in contrast to how you portray 'the market'. Destiny 1 and 2,, Diablo III. All these games have sold in the millions and all of them require a connection. That isn't even getting into MMO games like League of Legends , or games like World of Warcraft that have monthly fees on top of it.

But now that the Fallout series is trying something new now all of the sudden we think it's going to be a real Fallout taking place?

It isn't just people that live in rural areas, but people like me who haven't been able to get online, because of the extreme heat. I only can use my phone for going online, but if this game was out right now for two days it would have been a paperweight. Thankfully the games I have don't need internet and hopefully in the future developers will stop making games that need an always on internet connection.

Or.......offer an offline with bots option to the game? You know....for those who don't wanna f*** around with this forced online garbage?

They intended to make this an online game to boot. Why would they do that?

I live in a very rural area and my internet is great. Where are you people living? Mountain ranges?

Not unless they take note from CDPR and improve their overall quality of the game, I'll gladly pass. Plus I'll probably busy playing RDR2 anyway.

If people supported this always online prequel, then they deserve battle royal, COD and MTs.

it is not the fact that online portions will be in there that makes me ignore this game. it is the fact that i have yet to encounter an online game that is not overly dull. i prefer AI any day. AI can be programmed to surprise me as a gamer. Humans are not capable of that. It‘s always the same behavior. And the online game modes of today couldn‘t be more boring. Thanks for nothing, Beth.

C'mon now, AI will surprise you while actual players do not...lol.

There is no way AI is more surprising than a human mind. Get real. The whole goal of AI is to get it to become more human. That is just absurd conclusion you made.

Great business model and planning by Bethesda! .. Fallout 4 has sold 13.89 million copies since its release in 2015. Right away you can probably remove at least a quarter of that figure for those who have no internet access. Then you can remove another quarter for those who simply do not like online gaming, due to poor personal experiences with trolls, immature kids messing about, cheats etc.. Out of the remaining half they will then lose sales due to gamers mainly playing other online games.. COD, PUBG, Fortnite, WOW, GTA Online, Battlefield, Overwatch, Red Dead 2.. if you have devoted time and money with these games, you will hardly stop playing and devote your time, money and efforts to a new online game, with questionable PVP gameplay, quests etc... Suddenly that near 14 million player pie is looking quite small, not including other games like Anthem, Strange Brigade, Earthfall that are soon to drop. One last thought.. look at ES Online.. the amount of players has dropped, and it is quite likely that Fallout fans are also Elder Scrolls fans, so will Fallout 76 eat away at the ESO player base? Bethesda should be worried, and probably need to watch the development costs for Fallout 76.. how many Battleborn's, Evolve's, Lawbreaker's have died horribly.

also, i don't think people realise but you don't really need a high internet speed to play online because younger me used to play online on less then 1mb download speed. just going by what it used to say on steam...is that 10Mbps?

Who cares! We're supposed to stop progress
For .001% of the poplation.

This game is a skip. Apart from that, Todd is an arrogant person who likes to blame others for his own problems.

I think the broadband problem is overblown a bit. I've always lived in rural areas, various ones over the years and never had a problem with internet access. I know it effects some people, but it's not this widespread problem in the US like some make it out to be, and the problem that does exist is rapidly disappearing.

If you don't have the internet or good enough internet to game, don't buy the game. It's pointless. I live in a rural area with less than 1000 population and I can still get internet over 100MBPS. I know it's not super fast but it's more than enough for online gaming. Although I do live in a first world country so it's kind of expected.

If your into gaming you get good internet . Goes hand in hand. Sorry but that's a fact. Ive chosen not to rent in places where the intenert is poor .

Fallout 76: Night of The Moth Gameplay