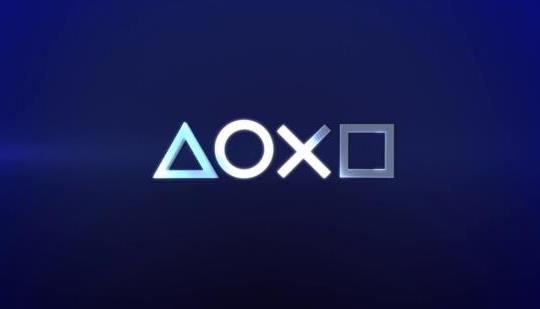 Sony has updated its warranty terms for PlayStation systems sold in the US and Canada, and its seems that PlayStation 4 owners are now allowed to open up their console while still retaining warranty.

wccftech.com
Credit url:https://support.us.playstat...
Opening Up Your PlayStation No Longer Violates Your Warrantyvgr.compopopdc

Adhttps://store.steampowered.com/app/1488200/Symphony_of_War_The_Nephilim_Saga/?utm_source=n4g&utm_medium=native&utm_campaign=sow_n4g_native&utm_content=png
- Comments (105)+ Comments (105)
TopNewestOldest
Expand all
The story is too old to be commented.

All the console manufacturers were told to remove the "breaking seal voids warranty" stickers on their consoles.

Yes, but so far only Sony has publically updated its warranty terms.

Point to you then! GG Sony! Enjoy your endorphin rush.

It's official sony has won the race to this. Once again ps4 is best. Opening mine right now to fill it with gravel.

So why would you make your PS4 a Xbox1?

The intention was to make my ps4 silent but the improvement was marginal so it's a ps4 pro now.

Well until I hear that Sony taking a cut from the breast cancer donation skin for overwatch was either false, a miscommunication, or just Sony not being aware of the issue then I'll give respect for this lol. I've given Sony alot of credit, but after hearing that. I'll just have to hold future praise until I hear it's addressed

Lol... you make it seem like xbox is some sort of venereal disease for the ps4.

Marginal as the Xbox exclusives?

Facts does not care about your opinion.

It doesn't matter, the federal government publicly updated the warranty terms of all electronic devices, the companies themselves do not have to say anything, you can go ahead and open you box, and if they say something, tell them they're about to wind up in legal trouble if they try to deny you.

@Gaming_1st Now now, no need to get your feelings hurt and assume I'm an xbox fanboy like so many of you other scrubs.

This sorta thing has been illegal since 1975.

Sure did, some time ago. Law was passed to make these kinda of labels/stickers illegal in 1975.

True, but it's also interesting they appear to be the first to comply.

They’d also have been one of the first on that list to have such a policy. The only one potentially longer is Nintendo. 🤨

It's not. I just wonder why Xbox and Nintendo haven't responded as quickly is all.

Nice to be able to fit a bigger HDD without losing the warranty. Will upgrade to a Pro eventually so this is good news.

You could anyway (since ps3) without it voiding your warranty. This means opening up the main console also no longer voids warranty.

You can put a new HD on ps4 easy, X1 is the one console that have problems of warranty in this process.

You can just plug in a new hdd.. no need to open it, don't see the problem..

Considering the context of "open your console/warranty", it's clear i'm talking about internal HD.

Think you and him missed my point. You dont need to replace the internal, just band in an external

What??You could always do it and it wouldn't void your warranty buddy😂

Yes, the HDD slot is in a different area and doesn't require you to void any seals.

what? the top case comes off on the side to easily upgrade the HD.

You've been able to do that since the PS3.

"Nice to be able to fit a bigger HDD without losing the warranty."

uh... that was always possible, and it was never anything that voided any warranties because they've always considered it a user-replaceable component. in fact, they had instructions on how to swap out your HDD in the manual...

Sorry but facts does not care about your opinion.

So how come they havent made the others do the same yet?

The other will do the same. It just a matter of when. You think, given a choice, would Sony gladly let people open up and messing up their console without voiding the warrenty?

Yes they will.. But hes making it sound like they made Sony do this right now... Wouldnt they do the same to the others if that was the case?

The FTC did make Sony do this. They've told MS and Nintendo too, Sony were just the first to comply.

The FTC sent notice to all 3 as well as some other companies with terms in the warranty that don't comply with the FTC. I know HTC and Hyundai were two of them.

They did make Sony do it, and Microsoft and Nintendo face CRIMINAL charges if they haven't done the same within 30 days.
Asus was on the list too

FTC has always allowed it. It's just now they finally took issue with it and notified some companies about misleading wording in their warranty terms.

You've been allowed to do this since 1975. This isn't news, just the FTC reminding/telling Sony, Google, Microsoft, etc. to stop using the stickers/labels.

I think we got it with your first 3 comments!

Sony pretty much encourage you to open up your PS4 and replace the default HDD.

I guess if you can't removed the sticker without damaging it, you shouldn't be opening your PS4 by yourself. Let the professional handle it. Just my 2 cents.

Swapping the hard drive never voided the warranty though.

I'm just saying. It would fall into the category "Opening your PS4".

I understand people wants to clean or whatever they want to do with their PS4. I think the sticker was put there for a reason. If you can't even handle to removed such a basic thing, you shouldn't be opening and messing around with your system. Just common sense. There's a lot of people out there pretending they know what the **** they are doing. They opened the system and messed around it, hours later they couldn't piece everything back together.

Facts do not care about your opinion.

You need better explanation. You do not make any sense.

replacing the HDD isn't "opening up your PS4."

It depends on your definition.

Well, no... you can't play the semantics game, here. Sliding off a panel isn't opening up the console. And neither is popping off a tiny piece of plastic on the Pro/Slim models.

Ziggurcat won the debate and got the upvotes. Prize goes 2 u!

Outside of replacement parts, most people wouldn't really know what to do once they opened up the system anyways. Fixing a fuse or a capacitor isn't for the layman who's never touched a soldering iron in their life, or know how to read a multimeter.

I used to mod and repair systems, and I've seen people do more damage to the system than any given problem that might come up from typical use. All that from opening it, or poking around with things they don't really understand. This was back in the PS1 and PS2 days, when it was easier to work on these systems.

It's worth people realizing that just because the sticker isn't there anymore, if they open up the system, it'd be easy enough for Sony to say that they voided the warranty, and were the cause of the problem. The FTC can't get Sony to fix something that Sony can reasonably claim was because of the user, and like I said, people tend to do more damage than the initial problem because they don't want to wait a week for warranty service, or think that because someone on the internet goes on about how easy something is, so they try it themselves.

Even just cleaning the system can cause problems, as static shock can do irreparable damage to integrated circuits. If you need to clean the system that deeply in one year(you have access to the fan without fulling opening the system), then it's time to look into better cleaning habits, or air purifiers for your home. Keep kitty away, and maybe consider smoking outside.

Well agree to disagree, its not so much opening your PS4 as much as its sliding off the cover over the hard drive. Opening your Playstation up to the hardware internals is different.

This is great, because for maintenance you have to open up your console and clean it from dust on the heatsink. Once a year, maybe two years. Every electronics witch is air cooled.

Best to do it every couple of months. Pretty much the only reason my 360 isnt dead yet lol.

Chances are you wouldn't have to do this in the first year that it'd be covered under warranty though. You actually do have access to the fan without opening the system fully. The heat sink should be Ok with regular monthly or bimonthly vacumning of the exhaust and intake ports except in very dusty houses, houses where people smoke, or those with a lot of pet dander in the air.

Not sure how the other systems compare in the cleaning department, but for the times I've opened up my systems, it's usually the fan that's gunked up, and there isn't a lot of build up on the heat sink itself. My PC OTOH tends to be the opposite effect....probably because my PC uses heat pipes instead of sitting directly on the heatsink.

Why would I open it up though😕😕?

You could put your weed in there.

clean out the fans. They build up with dust over time. I am going to open up my Pro and do that.

Do not open it or you will break warranty. Oh..Wait never mind you may proceed.

I don't know what dusty environments you all live in, but after the first year of owning one of my first PS4s, I opened it up to replace the thermal paste, and there was barely any dust inside.

@ziggurcat - I am sure there probably isn't much, but my PS4 does sit inside an entertainment cabinet, so it's possible there could be a little bit. I figure it wouldn't hurt to have a look inside anyways, even if the dust is very minimal.

I don't know how to take this... now they can just say you broke it when opening it.. I'll just avoid opening it until my warranty is up I guess..

The warranty on my PS4P was up last month I think. Don't recall when I brought it exactly, but it was a few months after release. Anyhow, I plan on replacing the thermal paste to try and fix the intermittent black screens I get...and GOW sent my fan into overdrive for the first time since I've had it. I maybe should have seen about getting the black screen thing fixed under warranty, but Sony doesn't seem to be acknowledging it as a problem, and hardware and console makers seem to blame one another for it.

Luckily, I have experience in opening and repairing/modding systems. I was even a Sony licensed warranty service provider for a while way back in the day. I'm not worried about breaking anything, but I wouldn't advise people to open their own system unless there was no other choice. I've seen more people break stuff because of ignorance or haste than I have not seen it. More than half the time someone opened a system before bringing it to me, it was usually broken in a way that was done by the user.