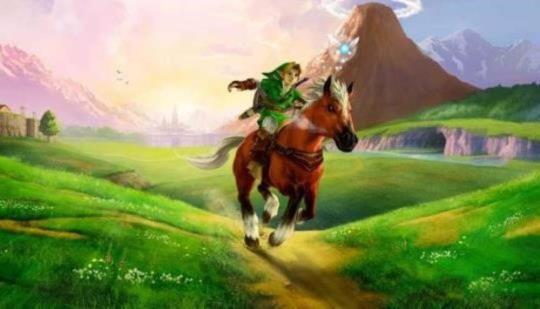 Nintendo Hiring Level Designer for The Legend of Zelda Series

Nintendo is looking for an experienced level designer for the Legend of Zelda series for dungeon creation and enemy planning.

Good, as these "shrines" were trash IMO. I want back temples and stuff like the Great Deku Tree personally

I love Breath of the Wild but I’d l like to have proper dungeons next time around.

I’d rather they go back

The shrines were great, the majority of them...some were indeed trash but I would like to see more big traditional dungeons in the next game.

What @DJK1NG_Gaming said. Breat of The Wild is a journey unlike no other, it tries to be something completely different and manages in every aspect. It's a soul journey and that is why it is considered one of the greatest games ever made. It will never be forgotten in gaming history. I'm sorry to say that many so called aaa titles recently released will. Like there are movies that always will be remembered as the greatest even you do not like them or not, they are masterpieces.
A fanboys hype can't keep something alive for a long time, but a personal journey will.

However it doesn't mean that the next Zelda game just have to be Breath of The Wild 2.

Yea I agree, there really is no other game like BOTW, it's a beautiful game

BotW hype is dying, and people are now starting to be honest about it. The same thing I said as a comment originally was destroyed with dislikes when I first got BotW and was disappointed by the shrines, Now I actually see alot of people starting to be vocal. A Masterpiece can't have a weapon system like that. It's Zelda praise that let it get away with that. Put any other skin on that and it's score would drop from 97 to maybe 82, because no reviewer would ignore the issues of the game if it wasn't zelda

I do not care about what people subjectively thinks of the game unless it is someone who knows my preferences. For example if someone don't like the weapon system, the game still delivers on what it tries to do with the weapon system. That is the main point. You have to be objective if you want to define a masterpiece or not.

I do not know what people you are referring to. My suggestion is that people should play the game without watching anything about it before playing it like I did. I stayed far away from videos and comments about the game before it was released like I do with all games I expect to be slightly more entertained by compared to mediocre games you see flashing everywhere in commercials.
I can say I was actually so surprised I consider it one my absolute favorite games through 25 years of playing. It was easy to make my own opinion about it and also take an objectively approach to it because I had stayed away from pre and post opinions.
Of course I could have ended up not liking it, but still Zelda: Breath of The Wild does exactly what it tries to do.
A masterpiece for the history books.

And maybe there is a reason people still talk about it for good or bad on so many forums like so many of the great movies from ages ago. Maybe some people don't want it to be a masterpiece becuase they don't like the style and gameplay and level design. Try mention games we still talk about in this magnitude that was released last year or the year before.

Yes I love BOTW, but Ocarina of time was also amazing as well. Would be nice to see something similar in the next Zelda.

Whoever thought shrines were better than dungeons need to step away from any game design. Give me a 3d world of a link to the past type game. Zelda lost it's touch with botw

So all the developers from GDC, even bioshock developer and many others that everyone here go crazy for because they make big AAA games that do not go on Nintendo systems are somewhat wrong just like many of us who agree its the best game made

IMO, the Zelda series was beginning to become stale. It needed something to set itself apart again.

when using motion control forcibly it becomes that way. They were trying to hard. They could have had a middle ground. I feel Horizon level world with BotW type mechanics apart from it's stupid weapon system and regular temples etc. would have been great. They tried too hard again to me

The motion controls isn't what was making Zelda stale for me. It was following too close to traditional formulas.

I've said it before, if they can keep the ambitious open world and add proper dungeons and bosses.. as well as a solid track then great! If not, go back to "detailed hubs full of life." BotW just felt empty

Is it possible we have a sequel to link between worlds coming?