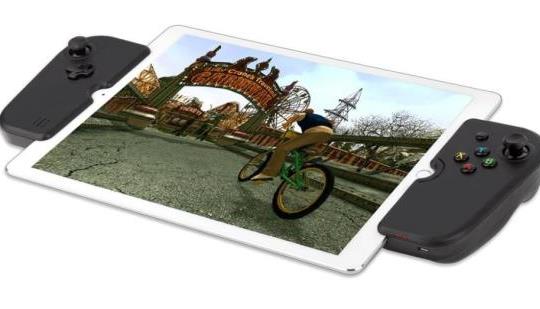 The Switch is not a damned phone, Game Vice.
Why is it always Nintendo that these idiots go after?!XD

Because their product bombed and the only pathway they see to success is now to try and mooch it off of another company in this case Nintendo. They are trying to ban imports of the Switch hoping to ransom Nintendo into settling which would result in a big payday for Game Vice. Much like their 2017 suit this one will go down in flames and they will probably try some other money making scheme instead of focusing efforts on putting out a product people actually want. lol Its not Nintendo's fault controllers for smart devices aren't big sellers.

Whether or not it's a phone that the controllers connect to is not likely relevant to the patent.

well to be fair a small company doesnt have huge presence in the game indusrty like Ninty does. Now lets say you come up with an idea and it flops and Apple has something thats made in the same industry and it takes off... with patents you have made protecting you product you may have a case at hand

The question is, did Nintendo copy the patent though? This was what they developed, and if they did it on their own, then patent law doesn't actually apply, or it may not apply depending on the court. It can be hard to prove that an idea developed independently though.

One thing here though is that other companies have similar ideas that predates this patent. The question comes up is if this company itself even has rights to the patent. If anything, Nintendo could countersue for them using patents that Nintendo owns in terms of controller design, and given how well known their controllers are, they could win. Nintendo doesn't pursue such patents in the industry, because despite owning something as simple as the directional thumb pad....which they ironically didn't invent....they know it's good to have and would prefer to see gaming thrive without exercising such patents.

It's not that Nintendo doesn't exercise it's patent rights at times, they just don't do it frivolously.

In this case, knowing Nintendo, it could be very likely that they have lots of prototype designs which date back well before this patent became a thing. Nintendo has released all sorts of crazy 1st party peripherals in the past. I believe one of the game boys had a controller which could attach to the device in a similar manner. The 3DS also had one, although I don't know if that was before or after this patent was filed.

Heck, this patent was filed in 2015. and no doubt given the nature of the console, Nintendo can show that the Switch was planned to be like this before that patent was ever filed. It's not like consoles just throw this stuff in at the last minute. The ideas for Switch started on the WiiU, and it's obvious that Nintendo just expanded on that idea and probably had this idea planned before this patent was ever filed, thus Nitnendo wouldn't be responsible for being held to the patent unless they happen to know about the devices existence.

LOL. I'm pretty damn sure that Nintendo can show they had controller design like this long before these people did. Just because it's an attachment to another device doesn't mean that Nintendo infringed on anything. Nintendo has how many years of portable design? Hell, Sony has devices which predates this patent for their Xperia line. The WiiU was similar in design. The only difference with the Switch is that the controllers can detach. Hell, the power glove had a piece of the controller which attached to the screen, not to mention the Wii.

The controllers attaching to a computing device is exactly what the patent is about. The 3Ds, PsP, and Vita don't infringe because they are one unit. The switch does infringe based on my quick reading of the patent. So the only question is whether the patent is valid. If it can be shown that there was prior art then the patent can be invalidated.