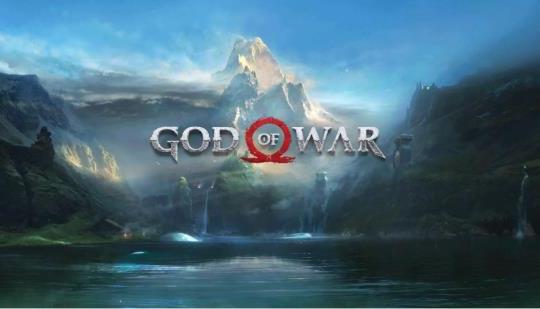 Jeremy Bijl writes: "April 2018 saw another long-standing franchise return: God of War. The industry has responded with nothing but the highest praise and, having spent almost a week with the game, I have to admit that the hype is fully justified."

Finished it Friday. It truly is a perfect game.

No game is perfect.. That being said, in my book its a 10/10.. It does what it needs to do in ways that exceeded my expectations.. Thats rare these days.. Especially because they did it all with no microtransactions or dlc plans to continue milking customers.. They easily couldve with all the armor & talismans too.. They have my utmost respect for that.. Its gorgeous & uses the PS4 to all its strengths. Its not short or simplistic.. Top notch lore, voice work, and that amazing no cut immersive camera shot.. 10/10 to me.. Its not perfect because no game is but its a well done generation defining SP title.. Made one of my top games of all time & im picky

Haha. I ain't need no schoo

of course not, you have a brain to match your nickname.

Anything under a 9 for this game is just a troll to me.. I would love to see what theyve scored in the past if this game isnt fantastic.. I can see 9-9.5 but the quality of the game, not having digital goods to rip you off, lengthy, sound, graphics, are at the very top of what the industry offers.. Nintendo is the only other company i can think of that use the hardware to its full potential in this way..

Or it's their opinion

yeah.. An opinion from someone who doesnt like the genre or something. You know, someone that should be reviewing games up their ally like COD..

Bingo. Well there ya go pal. Bet they'd say your comment was borderline idiotic but ya know what, that's your opinion. So down vote me while you drink the kool-aid. Not saying it's not a great title but ya gotta settle down.

Plus it's from a student newspaper in Britain so the legitimacy of this as a review is pretty nil. I get you're passionate cause you obviously are beaten at home and need an outlet but again, settle.

Salt much? Lay off the insults, it's pretty evident you seem butthurt about the game's success.

Anyone can review anything if they want to, just take it for what it is : the reviewer's opinion, that maybe can help people with a similar opinion. Also calling anything under 9 trolling is ridiculous, people can have plenty of reasons to give it less than that. Reasons you disagree with, but that's irrelevant, it's their reasons... If you were to review Europa Universalis 4 or tomorrow, would you give it 8.7 like the critics, or 8.8 like the users ? probably not... would your think you're a troll, or would you think it's just not your kind of game ? probably the latter. Well, people should not just review the games they like.

'Anyone can review anything if they want to, '
And the problem is the context here. N4G needs to make a distinction when the reviewer is indeed 'anyone' (ref the kid review posted couple of days ago) or some well known review outlet.

As for scores I personally don't care much but the way scores are used as an end in gaming journalism is not my cup of tea.

People have different opinions, that is why we are called people, not animal. Just because something is your cup of tea, that doesn’t automatically mean someone must like it too.

On topic, GoW had been awesome so far for me though.

50% trophies so far,trying to do all extra stuff before I finish the story.The game is just awesome!!