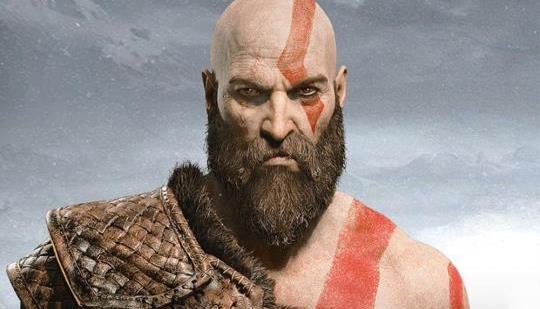 An additional God of War Rage Mode controller remap option will be added to the game through an upcoming update, Sony Santa Monica Studio has confirmed.

That's good. Those thumbstick click buttons often go off when you don't want them to.

At the same time?

Yes, particularly when I'm running and moving the camera at the same time.

Happens to me when in trying to run and click R3 to target an enemy at the same time. You can change it to a different button mapping already, but I didn't like the other mappings available for Rage Mode, so I left it.

do you know how to hold and use your controller?

Well obviously the director of the game acknowledges that he cannot competently design a good control scheme so here comes a patch to fix it. 😉

Yeah that one is such a head scratcher. The text boxes are so big but they only utilize maybe 10% of that space for actual text lol

Need to read the lore.

Legit question: I know for a fact that in the accessibility options on the menu you can increase the text size. I haven't tried it but doesn't that help with your issue?

Unfortunately it does not when intuitively you woul think it would.What's stopping you from checking it out for yourself?

@veneno At the moment I wrote that I was at work so I couldn't check for myself.

It doesn't really increase the size of the text that much. I ramped it all the way up, and the things I actually wanted to read didn't seem to be any bigger.

All I need is photo mode.

Awesome. I still can't get used to using triggers for melee attacks.

There's a classic option that reverts back to the old God of War style controls.

@litteltad is right. I swapped to the classic set up for the first play-through. I plan to try the triggers in a follow up game.

I played it with the classic controls in the first run. Works fine.

It's not needed in my opinion but it's good to have that option. I went to Sprint at an enemy and do a knockout takedown, but I clicked the buttons at the same time and enter rage mode instead. Not that it was a problem, it was my fault that I didn't watch my timing, but it's nice to have an option to customize though.

Not only has Sony Santa Monica proven that single player games can still exist in today's age, but they're also proving that they can patch them and fix them up/ pay attention to them, just as much as they do multiplayer games. The same multiplayer games that game companies monetize on long after the initial sale. Unlike a single player game. LOOONG Live games like this, and Long Live Sony for having that attitude and mindset in 2018s game industry

hope for a fix for the framerate on performance mode...i'm still on the fence about this game waiting for a better performing patch.

My only real gripe with the controller map is I think X should be the climb button, with O being the dodge/ roll button. After years of Uncharted, and then a game like BloodBorne, that setup just feels right. Even after finishing the game, I still occasionally make that mistake of mixing the two buttons up. L1 + O can still be your tertiary special move.

You do know you can set it that way in the options menu right?

Can you? I was looking and couldn’t figure out how to change it,

Look at that image. Kratos is a magnificent beast.

Thank Jeebus!!
#1 complaint on the setup

LOL. That's nothing. Wait til you fight the other ones. It's completely demoralizing. I'm playing in "Give me a challenge" and those things just destroy me. XD

Lmao. I'm playing on the normal mode. Once you establish a pattern it's easier. I foolishly kept staying on the outside :(

Rewriting Mythology With a DualSense – The Saga of Kratos

‘God of War’ TV Series a Go at Amazon

How God Of War Can Change Its Gameplay (Again)