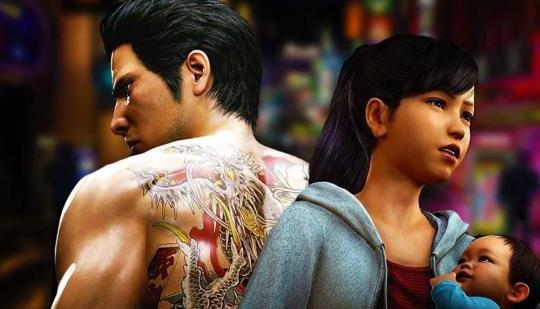 10 Sega Franchises That Belong on the Xbox One

SEGA have brought so many wonderful franchises into the gaming world, one can almost begin to forget the sheer number of them. Despite this, a great many of them are yet to make an appearance on the Xbox One, a place where they would surely be welcomed with open arms.

This list covers some of the most pressing ones, and paints a picture of just how much Microsoft fans are missing out on.

twinfinite.net
- Comments (22)+ Comments (22)
TopNewestOldest
Expand all
The story is too old to be commented.

They all deserve another chance on ps4, switch and Xbox one. Sega is actually seeing some profit on the games they have published so they may venture into developing and releasing older IP's. I am looking forward to Sakura Wars and I hope it releases on ps4 and Switch.

Weird article. "Belong" is a strange word to use, and not enough legitimate reasons are given as to why Xbox One in particular and not others.

For those that care not to dredge through 10 pages:

Yes it's good to have games on more than one platform so more people can play them but honestly, looking at that list...none of them would do well on the XB1. They'd certainly do better than zero but anyone with any inkling of playing those games wouldn't only own an xbox and thus would probably have already played them on other platforms.

For example, someone who has an interest in Japanese games wouldn't just own an xbox. They would have had to have owned at least one of PS2, PS3, PSP, or Vita at some point.

And of course there will be replies saying they've only owned an xbox and would love to play those games. Well there's not enough of you out there to make it worthwhile it would seem because Sega is in the business of making money. I'm sure they wouldn't deliberately sacrifice making more money just to spite Microsoft and their users.

Just going by VGChartz Yakuza 6 - .32M Yakuza Kiwami - .38M Gravity Rush 2 - .32M etc. so you mean to tell me Xbox wouldn't get anywhere near these numbers if these titles came out for the system? You guys are funny if thats what you call selling than wow

"For those that care not to dredge through 10 pages:"

Thanks. So tired of the "click" era of internet.

Virtua Tennis and House of the Dead and I'd be very happy. I want new light gun games that work with this generation. Tv's should be bright enough now...

I don't know what Super Monkey Ball and Initial D are, but all others games don't start on XB. What this shit site is talking about?

Im pretry sure Phantasy Star and Panzar Dragoon were already on an Xbox Platform.

First it's they need games, now it's they don't deserve them. You console gamers are a weird ass bunch.

Remember when Sega put some of their games exclusively on Xbox right after Dreamcast died?

They were bitter the PS2 was doing so well. Thank god they're over it. The Yakuza series is awesome and I'm glad the Shenmue remaster is finally happening!

It’s becuase they worked with Microsoft on the Dreamcast in some regards. They even asked Microsoft to make Xbox backwards compatible with Dreamcast games

no lol if anything, they would "belong" on the ps4 simply because of the core audience.

belonging on the system and selling on that said system are 2 different things if you know what i mean. Companies have to look at the fact it may cost more to port and game may not even make the porting cost back. A series like yakuza could succeed but sega would need to port every game in order to cxreate fan interest. The biggest reason some of these are exclusives to ps is because many of these are games geared towards Japanese culture and xbox barely sells in japan

These wouldn't sell very well on Xbox, PlayStation has a long history of being the Japanese console with the Japanese library, so basically any fan of JRPGs or Japanese games in generally go to PlayStation. Xbox hasn't Really established that at all and are just dwarfed in terms of Japanese games in its library when compared, and as a result doesn't really have as much of an audience to support these games enough to put them on there.

I could definitely see Yakuza coming to Xbox in the near future. Or someday, haha.

The Most WTF Moments From the Yakuza Game Series

Ranking the Yakuza Games From Best to Worst

Ranking Every Yakuza Game From Worst To Best