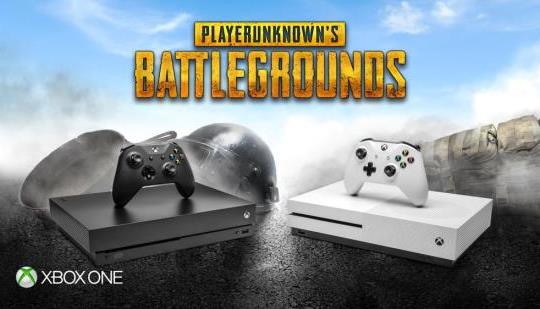 Adhttps://store.steampowered.com/app/1488200/Symphony_of_War_The_Nephilim_Saga/?utm_source=n4g&utm_medium=native&utm_campaign=sow_n4g_native&utm_content=png
- Comments (182)+ Comments (182)
TopNewestOldest
Expand all
The story is too old to be commented.
1873d ago

I'd like to play it, but I don't/wouldn't own an Xbox, and I don't own a PC. Happy for those who are enjoying it.

I've just watch the YouTube you posted quite funny but I can honestly say I've had none of these issues shown as of yet.

I hope so. The more people the better. Should be nice and polished by then.

Amen to that, bud.

I honestly don't understand how the game is as popular as it is. It looks terrible and performs worse. Strange to me. However the three games that beat it is saddening.

It's really fun played with friends. This isn't a AAA game, nor is it trying to be. I would suggest giving it a go if you're into shooters.

I had the exact same view looking back at games like Dayz, and H1Z1.

I definitely wanna give it go a just to try out. I enjoy fornite battle royale and ironically the only reason I played that game was because of the PUBG devs complaining about it xD
However, I don't want to spend 30 euro on it. It's not something I want to invest money in. I'm sure there will be a free weekend some time at which point I'll definitely jump on to check it out.

@ninsigma tbh the same can be said for any game. I don't get why people like Minecraft but millions love it. Its the same with GTA, COD they are just not games I am into and I don't think look to good to. Its each to there own and at the end of the day if people are enjoying the game then whats to hate let people enjoy what they want and we can enjoy what we want to.

OB1biker it's understandable why people love all the games I put but those games are just not for me. I really liked titanfall but can't get into the 2nd game it feels to slow. Just like i love racing games the most but can't get into project cars or the crew but love forza ms, horozon, GT, Dirt and F1. It's just each to there own. Like who owns a PS4, Xbox one or swith, or Android phone or phone. We all like different things and some people prefer one thing more than others. I lived split/second last gen but could not get into blur for example.

I don't think you understand how many adults actually play Minecraft.

You should watch the video if you really dont know. It explains why the game is so thrilling to play:
https://www.youtube.com/wat...

"I honestly don't understand how the game is as popular as it is."

Neither did I until I tried it, finally won my first chicken dinner and now play it whenever possible.

Play it and you will see. Fortnite is cool but nothing compared to PUBG

Do these charts include digitally downloads? Or is it just physical sales?

It's had a "physical" release in the UK but really all you're getting is a code in a box. Even the supermarkets here are pushing it as are stores like Argos. Everyone jumping on the bandwagon. No doubt it's the same worldwide. I'm aware it's in preview but I do feel the way some of these places are marketing it is gonna have people convinced it's a final release and some are gonna be disappointed.

Not sure why you have been downvoted. That's true.

For such a high selling game on pc this is much lower than i expected.

Pretty damn solid for.. what was it.. "a broken mess that drops to 14 fps and looks like a PS2 game"

Having an absolute blast with PUBG. Most fun multiplayer game in recent memory for me.

And oh.. looky looky, BF2 is ahead. So much for that boycott. More people enjoying microtransactions than dropping $20 on an early release game. Looks like neckbeard hashtag campaigns achieve diddly-dick eh?

There currently are no microtransactions in BF2... Because of those neckbeard hashtag campaigns...

Still the opposite of what you said originally!

im liking it so far

Nice, but I hope it gets optimized soon

For a game with so much success on the PC, I expected to do much better, also it’s a sad state to be in, given that we as gamers turn to brag about first or second place, seeing some Xbox fans celebrating a game that came in 4th place, but I guess we all have different expectations. More power to those who enjoy it, I for one can’t stand a game, with such bad optimization

It's pretty obvious as gamers that very few games if any can beat out juggernauts like CoD or Fifa. Why you actually think that this game was suppose to is interesting as I don't think any game has ever done such a thing.

Xbox fans are not celebrating it's place in the charts (even though it's surprising where it is considering the competition) they are celebrating that it's a fun game after being told no one would play it and having to hear that MS made a mistake grabbing this game.

I'm curious exactly what more were you expecting this game to do considering it's success so far?

Is it really out of the realm of possibilities to assume that a game that sell well over 24 million on one platform can at least do better than 4th place on its release week on another platform? I recall many people telling xbox fans the game is poorly optimized, but it keeps selling well on PC because many people enjoy the game, so i expected similar results, a poorly optimized game that does well. My expectation are my own, and i expected the game to do better based off it's current history and the huge push from MS, what other people told Xbox fans is not my concern, neither is your curiosity.

jrshankill, he almost had it. Flew too close to the sun though

Having an absolute blast with PUBG. Most fun multiplayer game in recent memory for me.

Another fail. Thats what it means. videogaming and pc gaming isnt the same thing.

fail??? 1 million people in the first 48hrs is equal to failure? almost every game out there must be a failure to you then too smh

This is the is the so call hottest game on PC. Not being able to go to the top show that. One million? I would not believe in everything Microsoft says. There are many tricks to say one million gamers and they are the PR kings.

In terms of sales, very far away from the top. A hit goes the top and not 4 place, much less after all the hype it got for months. Launch week in normal cases is the best week for any game....

By the away, they are already giving the game away and that says everything.

I don’t think all the bragging Xbox fans understand what “debut” means. Also, did you not notice it’s behind Star Wars BF2? A game that is seeing abysmal sales?

"A game that is seeing abysmal sales?"

Really, pretty sure despite the controversy Battlefront is actually doing extremely well.

And yes, I would think a world wide, well known, established IP like STAR WARS would pretty much beat out a lot of things especially a game in early access and only on one console.

C'mon, you're PAYING for an early access mess and you think that's okay? If it was free, as it should be until it's finished, then ok, but this 25-30fps on X, why bother. If you support this precident, then you get what you deserve.

Clearly not, otherwise I wouldn't have made the comment. :) It's nothing against the game, I'm quite keen to play it, but paying for a early access game that, by definition isn't complete.Well, that to me is just plain wrong.

And then gamers complain when devs are releasing buggy games. This is just another money making scheme and gamers are once again falling into the trap.

Release a beta of a game for £20/$20, wait to generate a bit of money, drip feed improvements now and again, wait for more suckers to give them more money, update the game a little more, and so on. Who knows, they may just make enough money and completely stop developing the game altogether. With all of the money they have already made off an unfinished game, they could easily just take their winnings and call it a day.

DLC, Mictotransactions, online passes, season passes, day one DLC, content locked behind paywalls when it's already on disc and now this, paying for beta games. This stuff has all crept into gaming over the last 10 years, and gamers get suckered into it EVERY SINGLE TIME! Then a few years later when it creeps into most games, they bitch and moan about it. Here's an idea, don't get fooled in the first place, wise up a bit.

Nice. glad to see people are buying and enjoying their time with PUBG on Xbox one.

Xbox finally got a game to play and it's an unoptimized unpolished game lol.

So much gelous people.

You can't blame fat finger for that one.

Why is this news on the PS4 section?, Let's talk about Fortnite instead?

When people are starving, they eat anything.

Yes, XBOX owners can't play any of those top seller games.....o wait none of them are exclusives!

Awesome. It's only been out for a few days and we're getting a Hell of a player base. 1 million after 48 hours

How do you disagree with facts. Not speculation, literal.... actual.... statistical facts?

...oh that's right... people on here are PS fanboys and want nothing more than to see something Xbox is having some success with fail. Gotcha

pubg is special, i cant get enough of it

For some weird reason, this game started downloading automatically on my base xbox one. Weird. Not complaining though

ah thats nice :) are those proper sales or the codes within every xbox x?

It’s just the codes in boxes that are being sold in stores the digital sales don’t count until 2019 from what I was told in another comment.

That's cool for you guys. The game will get patched and people will be paying 60 for it while some got it free.

This game is nicr to pkay on the pc.... Other than that i think it is not good to pkay on consoles.... I pkay on the pc... Never will get this on a console.... Also this for 30 euros and plays the way it pkays no thanks... A friend that plays this on xbox told me it is not worth it since it is very bad compare to pc....

Yeah it’s bad compared to how the pc version runs now but what if you don’t have a pc??

well i would save to have a pc,it is not that in 2017 people dont have a pc....but hey if i dont have a pc and want to play this game i would save for the pc....because i think it is no point to get an xbox one s for this game alone...and we know that MS is not doing good job delivering games....so i cant support MS....it is just no point for me....but hey that is me...