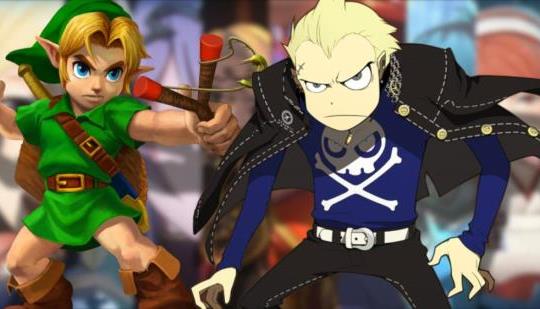 8 Nintendo 3DS Games that are Perfect for Switch

"The Nintendo Switch is getting/gotten a small handful of Wii U ports. Fast RMX (an updated version of Fast Racing Neo) is out now, and Mario Kart 8 Deluxe. However, there aren’t many 3DS games that are getting ported over to the Switch. This upsets me a bit because I would love to play some 3DS games in HD and on the big screen. I think one of the reasons Nintendo isn’t bringing many 3DS games to Switch is because the company doesn’t want its hybrid-console to be more associated with a handheld gaming platform, which does make sense. There are five games in particular that I would kill to have on my Nintendo Switch." -- Nintendo Enthusiast

Adhttps://store.steampowered.com/app/1488200/Symphony_of_War_The_Nephilim_Saga/?utm_source=n4g&utm_medium=native&utm_campaign=sow_n4g_native&utm_content=png
- Comments (8)+ Comments (8)
TopNewestOldest
The story is too old to be commented.
1936d ago

The Bravely series with updated graphics would be nice. Would help pave the way for Bravely Third.

Gotta be honest, I'd kill for a Kid Icarus Uprising sequel on Switch...

I'm with you on sequels to great 3DS games. It was a Square DS game, hmm, The World Ends With You. A sequel to that on Switch.

Yep that's the 1 that springs to my mind too. Definitely benefit from dual stick controls and HD visuals! A remaster of uprising that is, I'd also kill someone for a sequel.

Let Kid Icarus: Uprising be saved by better controls on NS at least

The Legend of Ganondorf: How 'Ocarina' of Time Made a Villain Worth Defeating