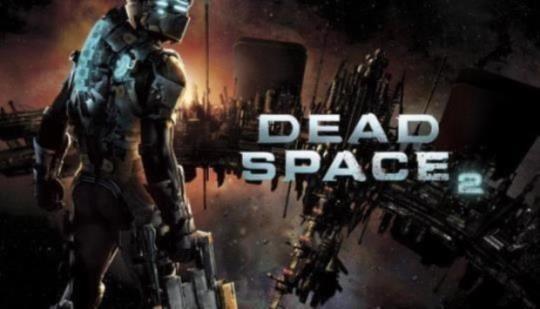 they only sold 4 million and that wasn't enough.

Then why green lit Dead Space 3 ? pretty sure it's cost more than Dead Space 2 (19 Chapter and CO-OP mode Has more Dialogue and Cutscene)

That's why they literally ruined it by adding so many awful, action orientated things including shoehorned co-op. It all makes sense now.

Well,Visceral Games want Co-op mode since first game (Issac Clarke and Jacob Temple find their GF on ishimura) but due to time and resource they didn't make it until Dead Space 3

@gantarat idk but it seemed more like an EA thing than Visceral games thing "they tried to shoehorn co-op in to the tittle" since they needed "to hit that 5 million fan base" ~EA Rep.

The co-op doesnt belong on horror games, but in DS3 it wasnt the worst feature. The game was so action based and the shoehorned "loot/crafting" ruined it.

Shadow isaac thing sounds like something that the FEAR3 tried to do with coop.

From the sound of it, thats what ended up hurting it a ton. Advertisement hurt a lot when it comes to money, because it either works or doesnt. In this case they overspent

Still trying to figure out the weapon upgrade system from dS 3. That sucked compared to the first two...

Combining weapons in 3 was the best thing about 3....

New Star Wars game being made by visceral didn't have enough micro transaction worthy content, so, it had to be stopped.

Yeah we dont know specifics, but games have longevity now days. So that means a game can sell 2 million at $60, 1 million at $30, 100,000 at $20, and then re-release and sell 500,000 at $40. With the online stores like Steam and Origin (psn, XBL) there should be no reason why 4 million doesnt equal success. I'm willing to bet EA made a profit, but it wasn't a big enough profit for shareholders to smile and greenlight Dead Space 4.

If they made $20 on each copy sold that would be a profit.

Cost of goods = $8 (this is a fact)
Retail cut = Half remaining, or minimum $10 (also a very typical number -- retail won't stock something below a certain value, in lieu of other products that could use that shelf space)

...pretty sad, given the effort poured in (5%, over several years, is far less than they could have made by merely investing their money in other areas)

This would be at retail, and of course the profits tend to be greater with digital. Digital wasn't as popular when DS2 was released, however...

If only the Dead Space devs knew about this!

That sucks. I guess no more Dead Space

R.I.P. Earth and Humanity that get destroy by The Brethren Moons

Dead Space 2 was one of the best horror games to come out in recent memory. Damn shame.

Only 4 million, oh the inhumanity

That sucks, but EA can eat my shorts.

To put things into perspective, Horizon had budget under $50 million, The Witcher 3 around$81 million ($46 million on development), God of War 3 $44 million, .

So basically, EA are overspending on their games and expecting too much in return.

That seems a bit much to me too... I don't remember hearing of a troubled development but maybe it was...

I cannot really argue with the man... He was there and I wasn't. Just a bit surprised.

You'd imagine it wouldn't have cost that much at all considering most of the ground work was done with the first game.

Probably 60% of that was advertising, so they probably could've not advertised as much and still sell the same and near what it sold.

Yeah, I think they are including advertising too, if not...damn!

He actually said the advertising cost was, and usually is, as high as the development cost. He also said EA didn't have mercy on them regarding their budget.

While that may be true, just because things are tight doesn't mean the whole process is efficient. Seems to me like EA just throws stuff against the wall until a game pops out. I'm willing to bet a better publisher could have produced the same result with less money.

Dead space 2 was a really good game .worth every cent

Need to start DS2. I beat DS1 on hard using only the original weapon about a year ago after getting chapter trophies for it in 2009, 2010 and 2013. Probably the longest it ever took me to beat a game but that's what happens when you play only a few games all the time I suppose.

He's talking more about the amount from each sale retailers and platform owners get.

Major 3rd parties should join together and make their own console and abandon Sony and MS.

Loved Dead Space 1 and 2.
Real shame they're no longer moving the ip forward.

It is sad but at least I we got to experience two great games; some games don't even get sequels.

Jesus, how did they manage to blow through $60 million on Dead Space 2? Seems they were pretty bad at managing their resources at the time. Sucks though because I absolutely loved Dead Space 1 and 2, and a certain extent to 3. Unfortunately we probably won't be seeing anymore Dead Space for a long time. Honestly hope that EA sells the IP to someone else like Sony.

If 4 million sales aren’t enough then you need to rethink your production. How much did dead space 1 cost? It was better than dead space 2 and I doubt it costs 60 mill.

They waste all this money for unnecessary add ons, just to have us pay for half assed projects.

DS2 is one of my all time favorites. Brilliant horror-action! The series is superb overall.

If it really cost that much to make that game then...I can kinda see why EA shutdown the studio...

They should sell the IP to somebody else if they don't want it.

It has the potential to become much more bigger IP than Resident Evil franchise.

EA is lying about the game budget. I'm sure those stingy bastard's couldn't find a way to milk the franchise by adding lots of microtransactions and contents to the game so they just gave up.

The guy's a level designer, I don't think he's seen the financials. I'd say DS2 was marginally profitable if EA didn't shut down Visceral after releasing it, and even greenlit a 3rd one.

The first two games are very good, but the third game has a awful story and repetitive garbage.

My friend did a ton of heavy drinking trying to finish DS3. Origin also caused us problems on the multiplayer. DS3 actually started out as a pretty good game, but I can't ever play it again.

Hopefully visceral devs form their own indie studio and makes what they want themselves.

Don't forget the mini games, comics, novels, movies and whatever else they did.

Pre-ordering the Dead Space remake will get you a free copy of Dead Space 2, too