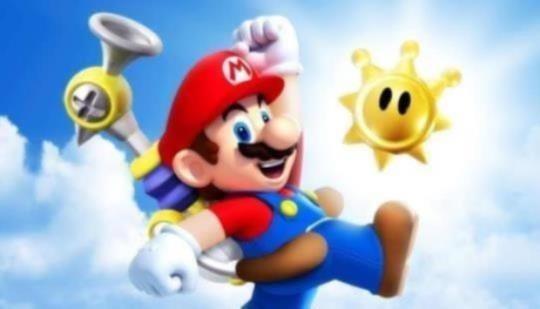 Super Mario Sunshine didn’t cause a splash at release, but it transformed the careers of Nintendo's brightest designers.

rollingstone.com
- Comments (37)+ Comments (37)
TopNewestOldest
Expand all
The story is too old to be commented.

Sunshine is one of my favorite Mario games.

Same here. I don't understand the hate it gets.

Sunshine was by no means a flop LOL What is this guy smoking.

All of that Nintendo is making you hallucinate.

It sold over 6 million copies and got good reviews from critics & users, how exactly would you classify it a flop?

Sunshine is neither a flop nor the best mario ever.
Galaxy 2 is the mario to beat for me.

Love both galaxy 1+2 to be repackaged on switch with 1080p 60fps. Please Nintendo.

How do you know ? lol

Sunshine was awesome...it had two big things Super Mario Galaxy did not

2) Backtracking...once you shot out of a launch star you could not go back. If you missed something it meant you had to replay the level and honestly despite being a great game I enjoyed the freedom aspect of Sunshine and 64 more.

So in the end Sunshine was a fantastic Mario game

sunshine was the most OPEN mario game, with tons of secrets...
seems like Mario Odyssey will be similar

Sunshine was far more linear than Super Mario 64. In SM64 you could get any star at anytime. In SMS you could get only the shine sprite that you selected at a given time

It's the games only downfall but at least you could free roam the level more.

That enlarged space for free roaming was a given since you could make bigger levels on GCN than on N64, but the structure was still more linear which began a trend for future 3D Mario games

To be fair, Mario 64 already started the trend. It had more choice it what you went for and when, sure, but as Super Mario Sunshine had some sprites you could go after in any order (like red coin ones), Mario 64 had some stars that would trigger events only during that star (Thwomp battle, King Bob-omb, Koopa the Quick, etc.). Even then, some level of linearity was built in to the hub world itself, making it so you had to get a certain number of stars from one world to unlock the door to another, etc. The hub world was also significantly less open ended with secrets to discover than the hub in Sunshine.

In the end, Sunshine didn't start any trends. These trends have been established since Mario existed, when the old Mario games were just about as linear as they came with the exception of Super Mario World, which even then shortcuts weren't known immediately. Super Mario 64 opened things up a bit, but that model apparently wasn't totally sustainable with Nintendo's vision, so they chose to more closely align development back with 2D models. Oftentimes more can be done by creating dedicated scenarios than trying to create totally open ended worlds that can be completed in any order.

You could get red coins in SM64 at any point in time. SMS had events that would only happen when you start a particular shine sprite.

In Mario 64, the worlds were open and there were more of them. Most of the stars were accessible to you regardless of which "mission" you selected when entering the world. This is because the mission you select usually doesn't actually affect the setup of the level - with a few exceptions like the Koopa the Quick missions.

In Sunshine, the opposite is true - more often than not, the mission you select can have drastic effects on the level, rendering certain Shines (Stars) unavailable, though there are exceptions. Some missions might start you off with the entire level covered in gunk, say, or with a boss roaming the world. This makes each mission more unique and memorable, but detracts a bit from the freedom that Mario 64 gave you. However, the worlds are still very much open for you to explore at your leisure - you just won't be stumbling across many unexpected stars.

I said Sunshine started the trend towards a more linear design structure in 3D Mario games, not for the series as a whole. Super Mario 64 is the most open ended game in the series in terms of how you can complete most levels at any given time. That's the design Super Mario Odyssey is based off of.

The problem is that you're literally saying Super Mario Sunshine started trends that it didn't. Acting like the 3D games were not at all impacted by the games that came before is absolutely ridiculous. Nintendo didn't just straight up ignore their 2D design models in advancing towards the 3D realm. The only reason I got any disagrees is because it's not cool to say something that may be seen as remotely negative towards Nintendo's design decisions, since "linear" has become such a dirty word in the past 10 years. God forbid someone actually think something through before spouting their small picture idea as fact.

And you seem to be acting as if I'm talking about the entire Mario series as a whole rather than just the 3D entrees.

There may be some influences here and there, but each dimensional set of games are treated as their own thing in each respective series.

Definitely my favorite mario game. Wish they'd remaster this in the vein of Wind Waker HD. The game looks beautiful even today when emulated on Dolphin with all the extra things turned on.

Flop is kind of a harsh word to describe the game..

And inaccurate. Sunshine sold about 6 million copies. The Gamecube itself sold pretty badly, but Nintendo's first party titles sold well as they (almost) always do.

Sunshine and 64 are by FAR my favorite Mario games.

Mario sunshine was an amazing game. Very far from flop. I look forward to Odyssey

My only issue with Sunshine was the gamecube. I've owned every console except the Snes and Gamecube. I've never seen it available on another console besides the Cube.

Sunshine made me quit the series until 3D World. I will maintain that SMW is the best in the series.

Sadly I never finished it.
I probably started a new game 5 times but then something would come up. An event, a scratch, or a different game. Still, it's one I wouldn't mind picking up eventually

I remember buying it on release day and playing it every spare minute I had.
After finishing it I thought it was so much better than Super Mario 64, so I was surprised when I started to read some reviews both online and in magazines.

Does anyone else remember how amazing the water effects in Sunshine were when the game first released?

I cant wait for Odyssey. And I would love a HD remaster of the Galaxy games (The Galaxy Collection). That put in a Switch bundle would sell like hot cakes.