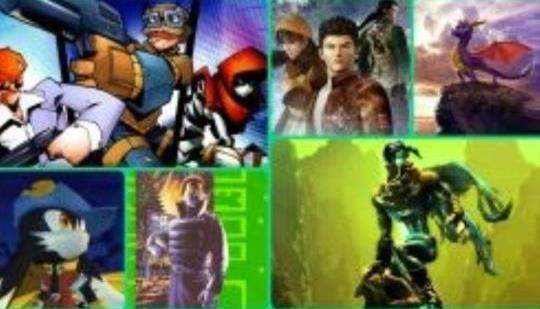 Sean @ FG: Needless to say, The Crash N.Sane Triology has been a resounding success for Activision who think that more beloved franchises from yesteryear could get the same treatment. I imagine many other publishers are looking at the sales of the N. Sane trilogy and are thinking the same thing too.

But what should be next? What other franchises as big as Crash Bandicoot deserve to be rebuilt for the modern day gamer? Well, we have a few suggestions.

" A remake of the Door to Phantomile which has become something of a cult classic would certainly make many people happy."

Namco already made a remake to the first Klonoa and it bombed commercially, hence why the there was never a remake of Klonoa 2 and why franchise has been on hiatus since.

"we can but hope that Microsoft have taken note and are investing in new Banjo-Kazooie or a remake of the original adventures."

Microsoft already remade or more accurately ported the two Banjo-Kazooie games. They're widely regarded as the superior versions. It's absurd to think Microsoft would rerelease them a third time after Rare Replay.

They also made a controversial new one as well. If Yookah-Laylee's lackluster commercial appeal has proven anything it's that Microsoft would feel even less enthusiastic to make another B-K game when it's not even going to sell well, which is this publisher's MO and how they basically operate.

"The fact remains that the Legacy of Kain franchise is being criminally underutilised by Square Enix."

Square Enix underutilizes many of Eidos' classic franchises though, so it's really nothing out of the norm. Even Taito's classic properties haven't been getting a lot of attention.

Conker' BFD was already included in Rare Replay. Live and Reloaded is already a remake, a divisive one at that, and Microsoft definitely aren't going to remake a remake when the original game is already finally widely available.

If a publisher were going to develop a remake, they would do so. They wouldn't get inspired by N-Sane Trilogy's success and be spurred to do so, especially when we've had plenty of other successful remakes in the past.

dude, by screaming for more reheats you are preventing the gaming industry to evolve. why should they try harder if everybody is buying the same old crap anyway? i know i wouldn't.

How Crash And Spyro Went From PlayStation To Xbox

The Power of the Doomed Protagonist

Op-Ed: Has Activision Put The Fire Out On Spyro 4?