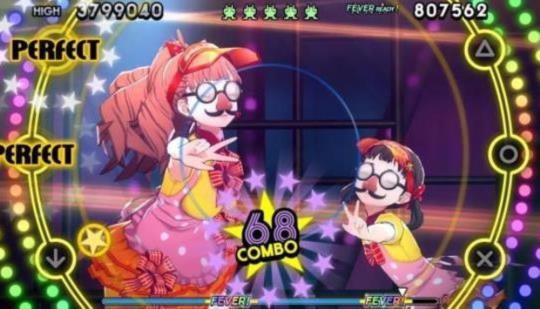 Hey, Poor Player's Jeremy Johnson says: "These spin-off projects allow [Persona] to dip its toes into other genres, give developers a little more freedom to stretch their thinking, and bring in the cash to make their mainline games even better."

Is it all that surprising when Atlus's other franchises don't sell as well?

Definitely not surprising, but there are a ton of fans who are upset about it anyways. If they keep Atlus in the black I won't complain.

Yeah, I can grin and bare a couple of dancing games if it means them keeping the lights on for a Persona 6 or whatever the next iteration of SMT is. Not my cup of tea but I won't be mad about them making money.

So people shouldn't be complaining about any spinoffs at all.

So then, after looking at Nier and Drakengard, how often in gaming would you say spinoffs compare to or are better than the original (or even surpass the original in popularity)?

Final Fantasy Tactics is a beloved spin-off, but it didn't quite reach the main series's popularity. Portal might also count if you consider it a spin-off and not a simple tech demo.

It also happens a lot across various industries

Wow this link is good!

I just want an update to Persona 4 Arena with Persona 5 characters.

That's what I'm talking about!

ASW announced a fighting game crossover which will include Persona characters. Not exactly the Persona 5 Arena you're looking for but it will almost certainly feature a few P5 characters and will likely be an amazing game in it's own right.

That's true - it'll be nice to play as Yu again. Hopefully that'll mean new Persona characters will be in the game too.

I read somewhere the writer for persona is leaving to pursue new endeavors. I hope that doesnt break up the team working on 6.. On topic i agree its ok to spin off persona. As long as the quality is there, it needs/deserves more brand recognition..

Yeah, this is one franchise I wouldn't mind more milking actually.

It is and I wish it will not take years for the next main game.

I really really appreciate their efforts in expanding the franchise.

Just bring Shin Megami Online back, and i can die a happy man.

If they want to create a few spinoffs in various different genres to help build the Persona brand and turn it into a powerhouse gaming IP, I'm completely down with that. I have no interest in dancing games but Persona 5 is one of my favourite games this generation, Atlus have earned their right to milk it to some extent.

I'd be happier if they make an action-oriented spinoff similar to games such as Final Fantasy XV, or an open world game like Xenoblade. The potential would be off the roof for games like that. Dancing game isn't really my cup of tea.

Please milk. I support these guys almost blindly. I'm not too sure about dancing games though...

I wish the devs would give the Shin Megami Tensei series the same type of polish and attention to detail that Persona 5 had.

Agree 0Disagree 0
▼✖-+
SPAMInappropriate
Show all comments (24)
The story is too old to be commented.
50°

Persona 5 Is Also Getting a Pachislot Machine by Sega Sammy