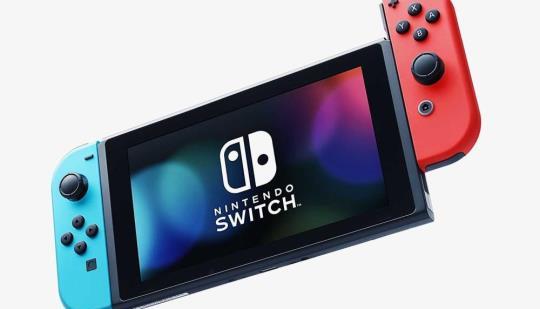 The Nintendo Switch Is the Future of Gadget Design

Wired: "This console can become something much greater than Nintendo ever imagined, because anyone who wants to can build both software and hardware to improve it."

"The Switch is the first gaming system that works anywhere and everywhere."

Kinda poorly worded; I think they meant that in terms of a gaming system that can play games designed for home consoles anywhere.

The future is a console without mainstream AAA support?

It isn't the future. People make these predictions based on a trend and then inevitably the trend ends. Remember when sites like Wired said the Wii was the future because, you know, motion controls?

I recall when they said bookstores were doomed because everyone would go to Kindles and Nooks, yet that unavoidable future has evaporated.

"They can build hardware to improve it"

In a meaningful way? No. If you are not laughing over that one line then you are blindly following anything with the Nintendo name in it. Games. it will always be about the games.

@Morganfell
"The future is a console without mainstream AAA support?"
That's not what the Switch is, and there are plenty of games outside of the mainstream dude-bro third parties that can work towards bulking up the Switch's lineup, in ways that the Wii did not get.

I know this might be hard for you to accept, but the Switch isn't a fad.
Anyone with good sense can see that, after looking at everything the Switch does differently compared to the Wii and Wii U.

Except, even that is wrong.

Switch playing titles from last gen, is not really new, not surprising and actually expected if you really, really look at the timeline on portables.

Put it this way, why would Switch as a Nintendo portable not play Wii U looking games when 3DS was playing Wii looking games?

This is actually the normal transition of their portables and I'd argue most portables.

@wonder- "That's not what the Switch is"

Wait? Huh? Soo....its not made for AAA support, but wait...its also suppose to be "a gaming system that can play games designed for home consoles anywhere"

"can work towards bulking up the Switch's lineup, in ways that the Wii did not get. "

What we are seeing, are the same series skipping Switch, that skipped Wii and Wii U. We are LITERALLY seeing last gen games get ported, over current gen titles.

Thats what happened with Wii and Wii U.

"The future is a console without mainstream AAA support?"

Forgive me if I dont lose sleep over 1 of the 3 consoles on the market not getting the yearly dose of COD and Fifa.

"What we are seeing, are the same series skipping Switch, that skipped Wii and Wii U. We are LITERALLY seeing last gen games get ported, over current gen titles. "

So we have examples of AAA's on Nintendo Systems but we don't see them contributing much to the systems success. I'm sure the Switch would benefit from having many AAA games but their main audience is already on the Xbox/PlayStation systems, and if we're to trust what those users say then it's safe to assume they ain't gonna buy a Switch to play those games.

Do you think those are the only two AAA games? Do you have any idea how many AAA titles ship each year and how many millions of copies they sell?

And BTW millions and millions of people purchase and play COD and Fifa.

I like the modularity, and I do hope more gadgets take that idea further. For consoles though, they don't all need to be hybrids. PlayStation is fantastic when it comes to traditional consoles, so they don't need to take that route. I'd rather Nintendo continue with this route, while Sony and Microsoft each do their own thing. All 3 should do their own thing, which is where things seem to be going.

" PlayStation is fantastic when it comes to traditional consoles, so they don't need to take that route"

How about with the next PSP?

They also have a portable that outs to tvs.

Why would PS as a console go that route when they already have a portable? LMFAO!

Sony isn't leaving the console market, they have no reason to make PSP2 IN PLACE of PS5.

They would likely just make another PSP with a TV out feature as they've already done that before.

Nintendo only having 1 device has more to do with them losing market share in console gaming. For all you know, the "Switch" was simply just a portable that they added the out feature to when they realized the Wii U wasn't selling.

This needs to be a portable first before its anything else. All I see here is Nintendo stopped making home consoles and just added a fancy HDMI out in its place.

Sony has no reason to make PS5 a portable and leave home console gaming, Nintendo clearly did.

We've had a portable that can out to the TV during the same gen as a home console......pretty sure they could just do that again.

Dude. I never said Sony should or would go that route with their consoles. I was referring to the article and the idea of the Switch being the future of gadgets and the like. It's like you only seem to read what you want to read.

@Pork- "PlayStation is fantastic when it comes to traditional consoles, so they don't need to take that route"

Sony has made both console and handheld, why did you make a statement that was an either or?

So if they didn't do consoles well, they would go that route?

If they already do both, why would Playstation doing console well, effect if they would um "go that route"?

Most modular gadgets don't handle the modularity well at all. The Switch does.

Agree completely, I like the fact that sony and microsoft are going for power in the tiniest form factor possible, but they need to stop mirroring each other so much, I'm sure they can make something new and different happen without making too much or any sacrifices at all.

Just like exclusives, diversity in hardware brings people to the yard. Look at amd, Ryzen is literally king of price/performance and has intel on their toes shaking up the industry. On the other hand, amd can't close the gap between nvidia and them so obviously people are still flocking to nvidias gpus for all the features and power it has compared to amd's lineup.

Now we got 2 ps4s and 2 xboxs running the same jaguar core cpu and modified polaris gpus all from amd. The only thing making them different is network and exclusives. They play the same, and with the x you will most likely have a little nicer image, but because it's not a new console gen you already know it's gunna be held back by the og x1 just like the ps4p before it. Something needs to change here, something new but i guess where at a point where consoles are basically watered down pcs now and we will continue going down this road until either the 2 companies start making actual branded pcs or something lol. /endrant

Its definitely the only console that is portable goin forward so itl be fine. i'd expect a more powerful one 2 years from now.

Agreed. Like Switch Plus or something. I'd expect a XL or Mini before that though, but only basing this from what we saw from 3DS Plus.

I also expect a version that doesn't have removable controllers and no motion, similar to 2DS. I don't see it as the "future of gadget design", but I do see it as Nintendo's future of their portables.

They could market one without detatchable as purely handheld, it could work, there would be hurdles but yh. An even slicker model with more power and resoloution as well. It will be exciting to see these inevitable models!

@Eddie- Agreed. Considering their history, lighter, slimmer, more powerful version on top of one that doesn't have detachable controllers is just a given.

I want it for Animal Crossing, Bravely 3rd and SMTV, so I might wait for their next version, most times I've gotten the originals first, but I might want to hold out for a bit for the redesigns.

and again and again and freaking again!, where are the new Switch games articles ?...oh yeah there are almost none existent that's why aren't any. I mean seriously stopped shoving down our throat this gameless old limited Wii U wannabe gaming system called Switch, is really annoying how gaming journalist are trying so hard to find ways to talk about this tasteless over expensive gameless handheld gimmick, if you people want a real good gaming handheld that has lots games around, new games coming out soon, lots of multimedia options (unlike that atrocity called Switch that probably not even play MP3 lol), a well solid device, and Playstation 4 on the go(if you have internet and a PS4) , well just get a Vita then! ;)

Problem is you're stuck on SONY4G while new games are being announced DAILY for the Switch through less biased sources, It's a Ps4 and Switch Japan now, Xbox and Vita are out. The tide is changing and the only thing tasteless is the over opinionated under informed banter gang here on N4G... Face it the Switch has arrived and your contrived fear for the "Box" you place your loyalty so heavily in is palpable. I'm sorry but the Vita is DEAD it is no longer life.

In the following months (august thru december) we're getting Mario + Rabbids, Mario Odyssey, Fire Emblem Warriors, Xenoblade Chronicles 2 (although this one smells like a delay to 2018) amd Pokkén Tournament DX.

And these are the Nintendo exclusives (although admittedly 3 of these were also available on Wii U, but nobody bought that console, lol).

Take a look at the full list here. It's actually quite a lot of games.

When they get a decent selection of games and I'll consider it. If you have played Zelda or Mario kart 8 on your Wii U no sense in buying pretty much the same game so you can play it on the Toilet!!

If that were true people would never buy remasters or rereleases... Point is people want novel new ways of playing their games and having full console games at your disposable anytime is a big enough draw to those whom don't have all the time in the world to sit at home and play on the big screen.

Just How Are the Accessibility in Marvel’s Midnight Suns?

Pokemon Scarlet and Violet technical woes have left me worried about Zelda: Tears of the Kingdom