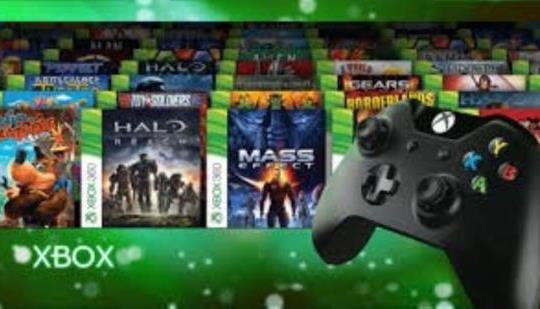 Why I Love Backwards Compatibility

A reader makes the argument for backwards compatibility and explains why he thinks it’s such an important feature for all consoles.

It is always a nice option to have but it isn't always a viable option for various reasons.

That's why I will support Xbox consoles, I know all my games that I've purchased $$$$$ will be compatible on future Xbox consoles and Windows OS. I haven't paid for Xbox Live gold subscription for a few years now, thx to Microsoft and Xbox Rewards program. the best way to earn rewards to redeem Xbox Live Gold 12 months subscription, 12 Months Game Pass and $10 gift cards for free.

Sooo you're telling me that if MS was actually winning this console war, you would be able to play your 360 games on the XB1? Are you sure you've been supporting them the whole time? I'm pretty sure that BC option was coming alongside the TV support and the internet always requiring connection. /s
They didn't listen to the gamers either so don't try to pull that crap, they listened to their wallets whimper. Keep supporting them and lying to your self though....spoken like a true gamer.

And? What's your point? Don't talk about "what if" this and "what if" that, because the fact of the matter is that these features exist and they're awesome to have. I would much rather have BC, EA Access, UI improvements, and highly-sought-after features/updates than not have any of the above. At the end of the day, having the option is better than not, no matter the angle you look at it.

And you're absolutely right, the reason this is happening is because MS had a disaster of a reveal and they're in second place to Sony. But why does that matter? We got all of the above and more out of it, so who cares about their reasoning behind it? Everything that came out of it benefits me and other gamers, so isn't that what matters?

@aconnellan Well it matter in context. You have someone pledging continued support of xbox consoles for this reason, so their reasoning matters. The one time xbox viewed themselves as king of the mountain they wanted to kill used games, then charge you for borrowing games along with all the other stuff. Now that BC has come about simply because they started losing this gen so badly, I'd say counting on MS to stay that pro consumer no matter what isn't exactly a safe bet.
Now if you're talking just this gen in its current state, then yes, you're 100% right, but in the context of what zombie was replying to... not so much.

Which is why it would be awesome if it was included. I have been playing my PS3 as much as my PS4, Xbox one, and SWITCH, and PC because of some JRPG's on it.

"...it isn't always a viable option for various reasons." those reasons though are directly in line with not developing your systems in a way where the option is feasible to do so.

I've been an advocate for backwards compatibility but recently just went and repurchased all the older systems to avoid dealing with potential issues like a limited library and the quirks that come with some conversions.

They were sound investments as I find myself playing my PS2 and NES maybe more than any other system I own. My library of new releases I've purchased (and not just too review) has dwindled greatly since the last generation.

Yeah, having the older systems is usually the best thing. One reason why I don't trade them in and stuff is so that I can play my old games and not worry if the new consoles will have it or not. I've had the urge of late to replay all of the Suikoden's and I just might if I ever get unlazy to get doing it.

Floored by the down votes here.

There can't seriously be that many of you who don't see the benefit of keeping your old system after a new one releases, right?.... Right?

To put it another way, (not that this will appease many of you) I didn't buy my ps4 to play the games I can still play on my ps3, nor did I buy my ps3 back in the day just to be able to play my library of ps2 games on it..

The only people I can see legitimately being upset over this are people who skipped the previous console iteration for whatever reason are the folks who only bought an xbox last gen. (last gen did have a lot of people boarding the 360 train, so i'm not surprised many of them would want to delve into the ps3's more varied catalogue after having missed 7+ years of games for the system)

Cause you're stuck with it that's why....

Yeah, poor XBOX owners are "stuck" with additional features like backwards compatibility, 4K Blu-Ray, PC Game streaming, Mixer, EA Access and Game Pass. It's simply unacceptable that MS incorporates these accompaniments into their console. I mean, the nerve of some people...am I right? /s

You forgot to add no new games.

Yeah, I've been working tirelessly around the clock to try and remove that damn Xbox 360 emulator. Such a nuisance I tell ya. Can't believe I'm "stuck" with that!!

I didn't forgot to add that bogus information. I just chose to tell the truth. Why do some people keep insisting on pushing this fictitious agenda? Your assertion that the XBOX One has "no games" is false. You know it and I know it.

But please don't stop making this absurd allegation. I always get a chuckle out of seeing this pathetic fan-boy defense mechanism kick in whenever the XBOX One is mentioned.

I have my PS3 for ps3 games which are 99% digital. I have a ps4 with all digital games. I cannot afford any space for ps4 bc and I have no interest in physical bc.

I have a PC with decades worth of digital "BC" games. Like I did for my PS4 and X1, I bought a bigger HDD for storing more of the digital games on one system.

I have a larger hard drive in my PS3 and PS4. Luckily my PS3 doesn't need more as the 2tb is maxed and my PS4 has 6tb and I'm currently using 4.5tb

FALLENANGEL1984, I'm right there with you buddy. I absolutely love backwards compatibility, a dying luxury.

Wow you hear these proud people acting like they have no love for an old love.

Still, it doesnt hurt to have it.. A good feature microsoft has, but i think they shouldve invested in new IPs instead

And yet here we are again with an author comparing PS2 and PS3's BC to Xbone's like they are the exact same thing.

Partial BC, 2 years after the console launches, needing the internet to download the whole game, is NOTHING compared to the native 99% PS1 games that the PS2 console supported since the day it was released or the 99% PS1 AND 80% PS2 games that were on PS3 since the day it launched.

BUT its a great feature to have none the less and is better than having nothing at all and nobody is arguing that.

So then they go on to say how people are arguing that.
"I don’t know why those who are objecting to having this feature do not want it but to me, I’d rather have this option instead of a more limited library of games."

you love it because there are no other games to play on that console.. FACT

The FACT that I have over 250 games stored on my XB1S says otherwise... Please tell me you know that your comment is completely stupid, and you're just here to give everyone a chuckle. Because you can't actually say they have NO other games and follow that with FACT, right??

Ignore the hater he is just another Pony hating on anything Xbox related....BC is a great feature and only a complete moron would argue that.

i got you to dance, FACT.

Wasn't that number faked? Microsoft said they were fake and ars admitted that they falsified the number.

It was time used not userbase

Because there are no new games.

I use it on my Xbox One more than i actually play Xbox One games on it at the moment haha, its an awesome feature to have for sure.

Because as an X1 owner you kind of have to. You're certainly not playing anything new, LOL

Agree 1Disagree 0
▼✖-+
SPAMInappropriate
Show all comments (38)
The story is too old to be commented.
40°