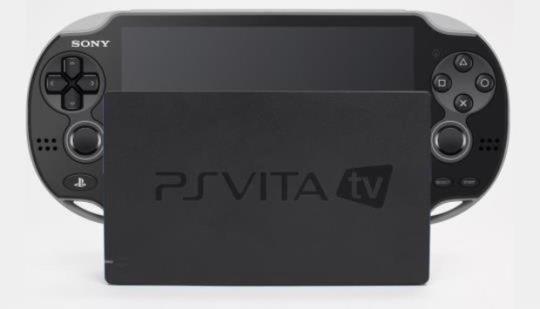 Sony had the ability to make PlayStation Switch five years ago - but totally dropped the ball.

Adhttps://store.steampowered.com/app/1488200/Symphony_of_War_The_Nephilim_Saga/?utm_source=n4g&utm_medium=native&utm_campaign=sow_n4g_native&utm_content=png
- Comments (27)+ Comments (27)
TopNewestOldest
Expand all
The story is too old to be commented.
1939d ago

This would have been amazing. I love my Vita TV but it's such a pain to use.

Yeah, swapping out those cards is annoying. >_<

Easily one if my favoutite consoles of all time ^_^

mine retired long time ago, i said my prayers and let it rest in peace.......but i think its cool few out there still showing it love

sadly mine was used for remote play with my PS4. Great feature to be able to play my PS4 while lying in bed, but not enough games released for it that interested me.

Need to bring back the PSVTV as a media streaming box.

Why are they so off track regarding multi media?

Probably riding the PlayStation train till it slows down

And Devil May Cry, and Bioshock, and inFamous, and....

SEGA made the SEGA Switch it was called the Nomad in 1995.

The Sega Nomad was my favorite thing to bring along on long car trips. Could play all my Genesis games. Loved it

Sony drops balls .... There's plenty here that will tuck them back in there shorts

So what ya'll telling me is Sony almost released the Cradle TV dock for free?

At least they didn't kill off their consoles over it forcing their fans to move on to a table that outputs to the TV. You'd think they could have put a little bit of processing power into the dock at least so it could pretend to be an actual console instead off a glorified Wii U controller.

Never had a Vita, just not interested in handhelds. I might have considered it for remote play if they actually put up dual triggers, I'm baffled why those weren't on there right of the gate.

Can't say I really care. While Switch is a cool concept, under the hood is complete crap, and the device is a secondary console through and through.

The psp had this function. Vita did not in order to avoid competing with the ps3

Just make a Xperia Switch with Stylus. That is all. :)

Switch is a toy and a gimmick. just like the Wii.

It's all about the games. Sony can release hundreds of handhelds etc. ... they will never sell as much as Nintendo. PSP, PS Vita ... all trash.

I worked at a game company before and during the Vita launch and can confirm that dev units had an hdmi out. Not having it on the launched product was a really bad call. I also saw the slider PSPGo-like prototype, but that's a story for another day...

Agree 0Disagree 0
▼✖-+
SPAMInappropriate
Show all comments (27)
The story is too old to be commented.
70°Fresh2