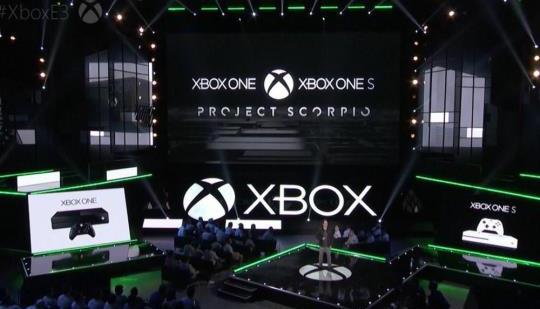 4 Microsoft E3 Announcements That Could Give Them The Upper Hand

Don't count Microsoft out yet.

Commerce Do not use this tag either (E3) Game developer Game product manufacturer Game publisher Microsoft Use the Xbox One Tag (Xbox Scorpio) Xbox Xbox One twinfinite.net
Read Full Story >>

Let's hope they have some surprises

i dont think Cuphead on the moment download and VR for Xbox will give them the upper hand (who the F cares about these 2 things)....they need new IPs and New exclusive Japanese IPs ASAP is they want to match at least whatever Sony has to show (however i dont know at what point is this possible) ...

I agree Cuphead and VR aren't gonna give them the "upperhand", but neither are Japanese games really. Yeah sure some will like that but history has shown they don't move the needle much for Xbox. New IPs is what they need, yep the big blockbuster AAA western kind. That's why people buy the box....and there's PLENTY of different variety to be found within the western genre's that sell well on Xbox and hasnt been explored. I mean truth is if you like jrpgs and niche Japanese games honestly you're gonna get a ps, if more appear on Xbox, ps will still do that more, so a few on Xbox ain't gonna change nobody mind about where to play Japanese games and IF Microsoft went all out on Japanese games to appease the few theyd likely lose focus on the majority who dont care about jrpgs, niche Japanese games, etc...and frankly that wouldn't be a Xbox, that would be a box trying to be a ps.

No, I'm not against adding diversity with a Japanese game here and there but strategically speaking Japanese games just aren't gonna help Xbox much. There's still 10's of millions of potential untapped gamers out there who havent brought a X1 because Microsoft just hasn't delivered enough core gaming experiences for them and that's who Microsoft needs to speak to with the right kinds of games.

if they announce 3rd party exclusives that if not for microsoft could be on other consoles as well then ill seriously be pissed!!

They did it before and they will do it again. What else can they do.

sony does it all the time

with what game? dont say bloodborne because the first soul game was co developed by fromsoftware and japan studios so yea every one else should be thankful to sony they get to play souls games on their consoles and pc.

i think your being a bias fanboy oasdada

with third party in normal cases the game eg Deadrising3 would have ended up on all consoles anyways. so its MS paying money to 3rd party to NOT release their game on sony console VS paying salary to 1st party studios to develop original games for xbox. look at sony's library of games and how Most of their exclusives have changed the landscape and production level of games u see now.. if not for sony and ps3 exclusives this gen would have been mostly about always online multiplayer games like the division and over watch!

give them the upper hand? feck, they are delusional. it is not gonna cost 399$,because Spencer said him self that it is a premium machine.new IP exclusive? but Spencer said that they not going to have any exclusives,and they do not have them. cuphead? really? :D Fallout VR? seriously?

Phil has also said Scorpio will have the same kind of price consoles have had in recent times, considering from a physical standpoint Scorpio is just a PS4 Pro, with 4 more Compute Units on it's GPU, 50% more GDDR5, a 4K Blu Ray drive and a slightly better cooling solution $399 is very likely the price to make MS a marginal profit, Sony can probably drop the Pro's price to $299 and make a few dollars.
It's premium from the perspective that hardcore fans and tech savvy customers know how it's better than other dedicated gaming devices, not price related.

By exclusives it just means they're games available only on Xbox One or Windows.

Sony will continue to beat them in basically every area, save for hardware after 4 years of having the upperhand, but it's still possible for Sony to make a few tweaks to the Pro to keep that edge, if they feel it's necessary.

Would be OK if it does come in at that price. Anything that makes it more competative means more chance to succeed.

XB1's launch price was a major factor they were slammed for, plus it included an unnecessary addition, Scorpio is simply a console and given the succes even Pro's achieved at $399 it would be a missed step to go higher.
PS3 isn't a recent console, it's clearly not in the running as a comparison.
I keep seeing people repeat this point, but it actually isn't accurate, given the costs of the materials that make up Scorpio, we're only talking about 50% more GDDR5, 4 more CUs, a 4K bluray drive and some added cooling, most of the performance upgrades over pro are attributed to the clockspeed difference.

$399 would be a marginal profit point, Pro could likely get well below $349 and still make Sony money now, by the end of the year it'll be ramped up in production, fabs for 16nm will be even more mature and those APU yields will be far better than they are now.
GDDR5 chips will also be more cost effective with PS4, Pro and Scorpio using them.

Worst case scenario $449, if MS wants to gouge early adopters or yields for their APU are low, which is highly unlikely when Scorpio starts mass production. Most importantly $399 is seen as the market wide acceptable and attractive price point.
There could be a 2TB model for $499, but the base will go for the sweet spot IMHO.

.. that actually release and actually get supported long-term if successful.

Upper hand? No. But give us Battletoads! That will make me very happy as a multiplatform gamer.

new battletoads would be amazing

And it wouldn't sell, but thats what people want so why not waste the money.

Twinfinite is up there in the echelon of great sites like games radar and Yahoo games?

That would be their last surprise.

Low price for Scorpio is the only thing that would help outside of a new Halo announcement.

New exclusive IPs can't be trusted because people will just be waiting for the cancelation.
Cuphead being available for download won't give them an upperhand because it's too small of a title.
And VR is a dead fad.

"Don't count Microsoft out yet."

Sorry but yes, you can count them out. Sony already won, there is no getting the upper hand. Pretty sure Microsoft will never win any generation again because the only way they can win is if Sony launch a year later and/or at a more expensive prize and Sony are never gonna do that again.

Sorry, but the Scorpio is not gonna be $399.99, they keep saying it's a premium product. Sony got the lesson when they launched the PS3 a year later and $100 more, but apparently, Microsoft doesn't get it. There is a reason why Sony went cheaper with the Pro for $399.99, anything above that just doesn't work.

I don't even know why I should even bother with Scorpio anyway, the PS5 will likely launch at the end of 2019 or 2020 and have twice the tflops the Scorpio has, making it a joke. Microsoft will then rush their new xbox to catch up or wait to be ready, but in both cases, they lose.

Yes you heard me, next gen consoles will have 10-12 tflops at least. Current high end videocards are already there, in 2-3 years, it's gonna be ancient technology, ancient enough for a 12 tflops console at 399.99.

Yeah, in 2-3 years we'll have PS5. This leave MS in a really awkward position. Because Scorpio will be only 2 years old, but they'll need to update Xbox again to keep up with Sony. So their half-gen console is going to seem really worthless with only two years of gametime.

PS has sold over 2x as much and got their Pro model out a year earlier.

What is everyone's obsession with Cuphead?

go look at a trailer and find out....i don't know to much about it other than it's an [email protected] game and is visually stunning to look at.

Ok so the article says:

1)Low price for Scorpio of $399: Which is actually the logical launch figure and tbh PS4 Pro may retail for that now, but it could easily be dropped to $349 or $299.
2)New Exclusive IPs: Considering Sony already has Bloodborne, The Order, Until Dawn, Knack, Horizon and Ni-Oh out, with Days Gone, Dreams, Detroit, Death Stranding, Deep Down revealed, still to be released and Sucker Punch, Naughty Dog, Sony Japan, Sony London, North West Studio all making New IP for PS4, Microsoft would have to announce at least 7 just to match Sony's latest games out this year or coming in the next 9 to 12 months, it's a very tall order.
3)Cuphead available for download: Sony can reveal WiLD is ready for the same, Matterfall could be too, Sony San Diego and Santa Monica can have a slew of cool looking indies available or slightly bigger AA titles.
4)VR for Xbox: This is just rehashing what Sony have already done and I'm pretty sure Phil and co have said VR won't be something they talk about this year.

For Microsoft to get the upper hand they'd need to do more than Sony has in all of those areas, VR for Xbox, to run on XB1 would either need to be a Scorpio exclusive or some additional processing box would be needed to run on the launch console or XB1-S, unless MS wants a lower resolution standard compared to PS4.
Cost would be an issue if they have to add more processing for base XB1 and the S.

Bandai Namco Wants To Be "Platform Agnostic" As Industry Consolidates

Microsoft Acquisition of Activision-Blizzard Has Been Approved in Brazil