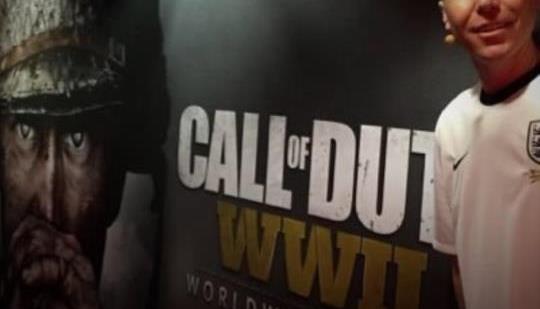 It has been revealed that Call of Duty: World War II will not feature unlimited sprint.

Replying to an inquiring fan on Twitter, Sledgehammer’s Michael Condrey confirmed that WWII would not return unlimited sprinting, which has been the default in recent years.

Unlimited Running isn't really a "critical" feature imo. Hell this may actually improve the feel of the game (at least in MP)

It's not critical in the sense that it must be in the game, but it's omission is a multi-player game changer and should make things far more tactical.

'meh it's doesn't bother me one way or other. CoD players will just adapt, then they will find something else to cry about.

I don't think is a big deal really.

I feel like some of the others didn't have unlimited sprint

yeah you're right. most of the older titles did not have unlimited sprint, but did offer a perk to increase sprint duration or grant unlimited sprint. Don't know why this is surprising some people tbh

Yeah, that's what I thought

Because it's COD and it has been in the game for over a decade.

Unlimited sprint has not been in the game for over a decade. The sprint feature itself has been in the series since CoD1: United Offensive, the 'sequel' to CoD 1. The first game in the series to have a way to sprint forever was MW2, which was only available via the Pro version of a perk. The first game to have a way to extend the sprint duration was CoD4, with the Extreme Conditioning perk.

The vast majority of CoD games have not had unlimited sprint, so I'm not sure why people are freaking out over its omission in this game.

I wonder if enemy AI grenade spamming will return in the SP. Gotta love that on Veteran.

I remember World at War was terrible for that, i don't think i bothered finishing it on Vet for that reason.

Ouch haha. I completed CoD 4 on Vet which was bad enough, wasn't willing to deal with the same respawning 1-2 shot aimbot enemies who all learned to toss 2 or 3 nades at a time in WaW, drove me crazy lol.

The grenade landing sound drowned out every other noise much like how the screen filled with grenade indicators!

The only thing worse was the clown car A.I that wouldn't stop until you moved past an imaginary line

I remember struggling for weeks just to get half way through veteran campaign. I made the mistake of also getting the death cards at the same time. BIG MISTAKE. The game hard crashed and wiped my saved. I said F THAT and never went back... I should finish the fight though.

Lol I finished it, but it was the last time I ever played a COD game on veteran.

Oh my god, that World at War Veteran difficulty.

I hated unlimited sprint. It shouldn't be there. It as always a tactical choice of when to sprint. Also the gameplay becomes too twitchy...

Agreed. Search & Destroy has been my favorite game type since MW1, but it's virtually unplayable now because of how fast the game has become. Unlimited run certainly didn't help. I hope the speed of CoD:WW2 is more on par with MW1 again.

I hope they don't go too far the other way it though - where you're an elite soldier but you can't run more than 10 feet before being out of breath so you're walking around the battlefield. An elite soldier can jog with full gear on a good mile at least. Sprint maybe 1/4 mile.

Well I say THANK YOU for removing that crap. unlimited sprint is one of the worst elements to online MP in my opinion. Couple that with some eary OP melee or CQB guns and you get an infestation of people just running all around literally just trying to get those easy kills. Its about as dumb as the constant bunny hoppers imo.

Critical? A majority of the titles in the series didn't have this feature though, with a few exceptions not counting Infinite Warfare, BO3 and Advanced Warfare which had it as an actual physical trait of your player. Someone already pointed it out, but MW2 and Ghost had the unlimited sprint feature, however it was at the cost of using a perk slot, so there was at least a trade off of not having the benefit of other perks in exchange for the benefit of unlimited sprinting. Glad to hear they're removing the feature as a permanent, non-perk trait.

Right, I don't know why this is a big deal now

That will probably stay as it is a console shooter, but damn is it super sticky sometimes. Throws me off on occasion. Would like an option to adjust it or disable it tho

I'm glad they removed it it's more realistic without it

They need to ditch aim assist as well.

Considering walking takes about 5 seconds to get from one side of the map to the other, this is definitely a great removed feature. Maybe now Cod won't feel like a pinball simulator!!

I'm sure there will be a perk for longer lasting running.

you will still be able to one shot through corridors with a sniper in confinded spaces when a smaller gun should win,or be hit with a shotgun from otherside of map

They cannot please everyone, we can all agree on that.

what a revelation. call of duty - leading innovation since modern warfare 2

unlimited sprint just takes the fun out of the game

How revolutionary. This is CoD unlike we've ever seen it before. CoD MP maps aren't even that big to begin with, so why is unlimited sprinting even such a concern at this point? Not like its omission will change anything drastically, there are millions of other previous CoD games without unlimited sprint. Doesn't change its arcade esque twitch gameplay.