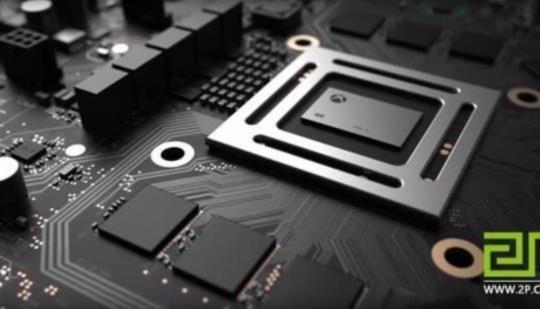 On May 23, Microsoft held a global reveal event in Shanghai, China, announcing that the"Project Scorpio" Xbox console would be launched in China later this year simultaneously with other regions in the world.

After the event, 2P had a chance to sit down with Xie Enwei, head of Xbox China and talked about price and VR&MR support of Project Scorpio.

Xie Enwei said the final price for Project Scorpio is still in discussion, and Xbox will try their best to give us a favorable price.

Although China is a "PC country", Microsoft could become a front runner if China supported Scorpio. Glad to hear this kind of news.

Like you said China is a "PC country" so most of them already own a better platform that plays all scorpio games.
If anything this will hurt the xbox. Where on ps4p they have to buy the ps4 in order to enjoy the numerous games only available on it.
Exhibit A. On why exclusives are essential to Consoles.

When's the last time you went to China? China is notorious for stealing IP's and making modded consoles. They've the largest underground and counterfeiting market in the world. No, that's doesn't help Ps4 or Xbox. You don't have clue what you're talking about...none. Creeps me out when people make up fantasy and believe their own BS. You can walk into a store and buy a fake PS4 or Xbox...lol....sigh.

Exhibit B. Most PC wont be running the games in 4K. So Scorpio becomes a good budget entry to 4K gaming.

Exhibit C: Not all Scorpio games will be on PC. As much as you guys like to talk crap about Xbox. You would know that Phil has come out and said there will be console and PC exclusives. So then not all games are playable on PC, right?

Exhibit D: Get yourself venom antidote, you gonna need it!

Venom antidote!? Wow. Temper your excitement bud. Nobody has even seen the final build. The form factor, the PRICE, and the kicker of all....how it will handle all that extra heat. Cause we all know how well MS designs consoles to handle extreme heat......RROD 2.0??

Name all the exclusives?? I'll wait! Not even a dozen games mate! Lol

Dafuq is a PC country?

What's more interesting is what they're going to do to try and get China to support the Scorpio.

On the issue of power below.

The most popular games in China are far from those that are demanding, and 4K is less relevant in China than it is in the US. MMO's and online games are king there. A good portion of their development houses make nothing but quick turn around MMO's that last a few years, cash in, then go by the wayside as something new comes out.

There is really no reason to have a Scorpio with more power for this, as a modest, or even low powered PC, can run those games.

Did everyone know that the Chinese government actually doesn't support MS windows? Many games in China release on non-MS PC platforms. China is actively moving over to using Linux as their official OS. They aren't being quiet about it either, and such things tend to bring a negative light onto the general populace when they continue to see that MS isn't necessary or a bad thing for others. MS has more hurdles in China, than they have in Japan....particularly for a niche console within what would already be a niche market(consoles) over there.

final price for Project Scorpio is still in discussion? Nope. That just a lie. Something that was annouced a year ago! Not really. Microsoft already knows the price, but they dont want to tell it.