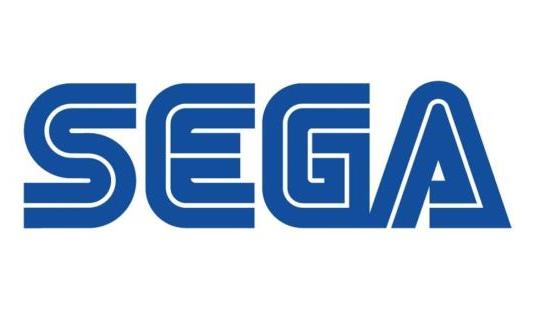 It's already been confirmed, it's releasing on the same day as Half Life 3.

Crazy thing about it PSO2 has a english disc out the Asia version AND THEY STILL WON'T BRING IT OVER!

See Sega? All you have to do is good games and people will love you again. Keep this momentum going.

SEGA has /been/ making good moves like this, a lot of people don't give them enough credit for it. Releasing their best games on PC with very good ports, allowing Atlus to continue working on their niche titles, to supporting fan games for the Sonic series, while they may not be as popular of a company as say Nintendo, in their own right they're making a lot of positive steps.

Uhh, maybe for Warhammer and PSO2. Though SEGA owns Atlus now, I'm pretty sure Persona 5 is as great as it is because they stayed hands off.

What about Yakuza? I did not sell in droves; but it did exceed expectations. There were shortages of the physical copy of the game.

That was the point of their acquisition which you have to understand is SEGA for the most part doesn't really interfere with a lot of the teams that they purchased ,consider Relic still made a Company of Heroes 2 under Sega and consider we still got dawn of War 3 and a handful of other games by those Developers.

Persona 5 is as great as it is because they've actually purchased this company when it was going under in the first place, they gave them enough funding to actually create that masterpiece.

Give respect where it's due.

I mean it sounds like you're saying that as if anything Sega makes themselves is somehow terrible when they're doing a good job with a lot of their properties.

I mean consider if they got stayed hands off permanently and never even purchased that team , you wouldn't even be having a Persona 5 in the first place...

I'm sometimes told that I am very critical of SEGA. In my defense, they were my favorite company for a considerable portion of my gaming career and once I saw a consistent level of disappointment, it's been hard not to be. Following SEGA purchase of Atlus, my gamer's anxiety went through the roof.

You're right, though. I realize I'm kind of cynical when dealing with them, but it's just because they really broke my heart over the years. It's no excuse and I do feel that I treat them unfairly, but I feel obligated to at times.

On the contrary I was excited when I heard Sega purchased Atlus simply because when the rumors came up that Atlus was possibly going under they were actually one of the first Publishers I thought of that would do a good job.

Sega have been known to be unapologetically Japanese, they are one of the few Publishers that have not tried to bend their games to the will of the West ,look at Square Enix look at Capcom, both of these Publishers have had Tendencies to change their Concepts to fit what is popular in the west ,where Sega has actually always been very faithful to their core Japanese audience.

When you look at Concepts like Vanquish and Bayonetta and even valkyria Chronicles and clearly yakuza it is very clear that Sega has no problem allowing developers to freely create specific Concepts.

Seeing how they handled their acquisition of creative assembly and Relic gave me no worries at all on how they would treat Atlus.

All I have to say is look at what Capcom did with Resident Evil trying to mimic Gears of War and look at what Square Enix did with the Final Fantasy 15 and and various other franchises and it is very clear that there is deep inspiration from the West to chase after specific popularity of certain ideas or concepts.

Sega on the other hand has never really been like this. For the most part they leave their Western Concepts two teams that actually do that type of material. I've yet to see a team owned by Sega trying to do a concept that they're not familiar with.

Yakuza very much stayed the same in regards to its general core concept.

This is why I had no worries about this publisher purchasing this team simply because they might have been the only publisher that I even had confidence in to allow the team to create this.

You're kind of seeing Square Enix become more conservative in regards to their releases and their Concepts now ,(world of Final Fantasy being turn-based) and you're also starting to see the same with Capcom (Resident Evil 7 not being a third person Gears of War clone) but consider Sega has always been this, yet these other companies are slowly shifting to more conservative views in regards to their releases.

Are there Japanese Publishers are restructuring their companies and becoming a bit more conservative in regards to how they released specific properties.

Sega doesn't need to do that because this company has always been very confident and they've always played to their strengths I mean valkyria Revolution is coming soon, Yakuza remake is coming to the West etc

It is very clear even when you look at Sega last generation that they've always been more consistent to their ideologies than their other fellow Japanese publishers some that are fallen on Hard Times some that have even made claims of no longer making console games yet Sega is thriving so much that they're even buying other teams.

Sega I agree doesn't always release games to the West that I really want but I tried to separate that personal anger with them simply as a business cuz I fully understand not everything that comes in Japan can come over here trust me I'm one of the first that would tell you that I wished some of those Yakuza games would come to the West (Kenzin, Ishin etc) , but I fully understand that such a careful attitude about such matters is why they're still in business today and even thriving.

They just don't look to do risky ventures it's why I felt very safe with Atlus at this company.

Trust me with all the Yakuza games that I want in the west along with Phantasy Star 2 I don't disagree with you feeling that way but I try to separate that personal bias and look at them just as a business.

I think at the time they made the right call because they still need to protect their company.

I'd rather they be conscious about what they released to the West as opposed to start trying to change an alter their games to fit Western appeal simply to get sales.

Consider when the great YOLO epidemic of last generation occurred with Capcom desperately trying to be this Call of Duty / Gears of War action company and with Square Enix trying to be the Electronic Arts of Japan , Sega did not partake in that foolishness.

I would seriously rather they randomly bring things to the West as opposed to them just outright ruining franchises.

They are showing signs of gauging interest on more properties especially when you see them releasing games on PC and even the Yakuza series getting more releases in the West.

I'm not too worried about what happens with the Persona with this company because for the most part they always do a good job even if those games don't come to me immediately.

Im really happy to hear that its about time

Sega just needs to deliver good games and the cash will follow. Simple.

Unfortunately it's not. There are a lot of factors. Just 1 example:

Good games don't necessarily set the world on fire. Psychonaughts and Beyond Good and Evil both reviewed well, and sold like garbage. The World Ends With You also got good reviews and while it was profitable it was profitable because of smart budgeting and marketing (only selling like 500k copies.)

So while good games will definitely help there is, sadly, more to it than simply making a good game

Persona 5 is my personal GOTY, the game is almost perfect.

I totally agree. The game is phenomenal

My goty as well. Not only that, but my most special game in years.

I just finished it right now. My hearts aches. What a beautiful ending!

What do you mean "almost"?

None of this other BS of the last 3-4 years.

Sega were my heroes when I was a kid, I really hope they can reclaim some of that greatness. My main hope from them game wise is that they make a true open world Sonic game (like Sonic Utopia but better obviously), after that perhaps a new Streets of Rage made in the spirit of Sonic Mania.

That's what you get when you give consumers quality.

What is this? Sega doing financially well...is this 1992?

Persona 5 Is Also Getting a Pachislot Machine by Sega Sammy

Total War: Warhammer and City of Brass are free at Epic Games Store

Rooftop Renegade: A Speedy Game With Style and Attitude