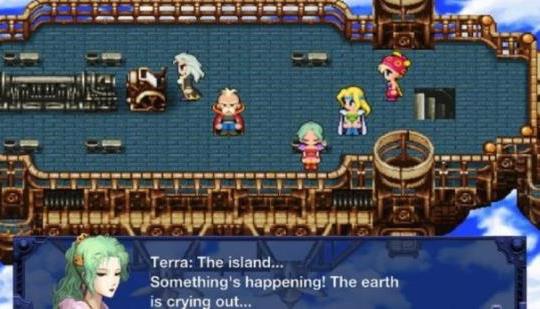 Were you aware that there's currnently a Final Fantasy VI [$6.99] event taking place in Final Fantasy Brave Exvius [Free], Square Enix's popular social RPG? Well, even if you don't play that game and are not aware of the event, you can benefit from it if you don't already own the iOS version of the full Final Fantasy VI port. In celebration of said event, Square Enix has dropped the price of Final Fantasy VI down to $6.99 from its normal price of $14.99. The game has been on sale plenty of times before, but this is in fact the lowest it has ever been, and while 7 bucks is still considered high in the world of mobile games, your money is getting you one of the all-time classic RPGs with dozens of hours of gameplay.

Only Square Enix would consider $7 a sale. The publisher sure does love overcharging for its classic games on mobile devices

and an idiot would think 7 bucks (or any amount of money) is acceptable for the worst bastardized version of a classic iconic game.