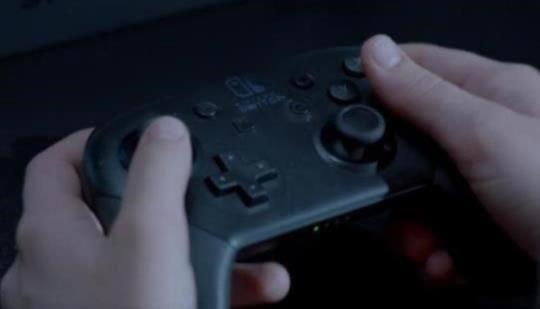 Why don't any Switch controllers have a headphone jack?

The Nintendo Switch is the latest home console release and the first you can take with you on the go. Being a tablet in its true form, it’s no surprise the Switch can’t perform on par with current gen consoles like the PS4 and Xbox One. However, with Nintendo pushing for technological innovation and ease-of-use with their new console, you’d think they’d think to put in a simple headphone jack.

Adhttps://www.releases.com/?utm_source=n4g&utm_medium=native&utm_campaign=c1
- Comments (42)+ Comments (42)
TopNewestOldest
Expand all
The story is too old to be commented.

To me this is the biggest flaw of the system so far.

Anyone knows if we can use wireless headphones with the system? Does the 2 USB ports on the dock work for anything?

Nope. I tried to use my Sony headphones wirelessly, but it didn't work. Then I googled it and that confirmed it.

You have to use an adapter.

@Xetiro There is a USB transmitter you can buy ($6 to$50) from bestbuy/frys/amazon/newegg that will allow you to do that. https://www.amazon.com/s/re...

Also the USB on the port it is not a USB 2 Even tough it is backwards compatible with it. It is blue, blue means it is USB 3. You can use this color code for any device (charger/phone/laptop/pc/table t) if it is blue it is UBS 3 and backwards compatible.

While I'm at it the advanced USB (Type-c) that is actually on the SWITCH is compatible with anything that is USB type-C ready. The good thing about that is you dont have to wait until Nintendo finishes making battery extensions. You can plug a USB-C portable battery into your swtich and have a LOOOOONG battery life. I have some 20,000+ mah batteries which means I can charge my SWITCH 5 times, or charge while playing.

the biggest flaw is that you have to use a phone to be able to talk to someone.

I just assumed it had one. Nintendo's specialty is portable consoles, so why wouldn't they have included a headphone jack in their new portable system?

My mind is blown right now...

Unacceptable! And no Bluetooth headphones, like Dualshock 4 also unacceptable!

Watch some cornball fanatic try to spin this as a plus for Nintendo lol like they always do. "oh the don't have a headphone Jack bcus it would add to the weight of the controller" lol at least they got Sony's share button though and it works good :)

Just wait for EddieNX to show up :P

I cant really defend this one , but still absoloutely adore my Switch. I probably come off as a far left Nintendo fan and you know what? I AM!!! And I just dont care what u think about that lol. Nintendo make the best games, hardly surprising that they have fans. Also the hate some of u come out with is properly immature..

uhhhhh EddieNX is right on this the hate is irrational.

Nintendo didn't try to steal your right to share/sale/trade in games/ not be online for 24hrs and be able play a DISC GAME/Charge you a fee to sale your own game/ charge the retailer a fee to buy or trade in your game. They didn't do anything like that! They just ADDED motion controllers and the hate came. Even though they always kept the regular controller from wii to SWITCH I have a regular PRO controller for my Wiiu and my SWITCH!

I own a switch but i dont think this is a plus for Nintendo. They should have included it, however there is aleady a headphone jack on the main console itself.

You bro what your ADR stand for?

Yeah I don't know why people can't use the headphone jack! Plus must people have either a TV with blue tooth or a sound system with blue tooth I have it on both. But I do realize maybe 20% dont have wireless on either tv or sound bar.

At least they didn't do like Iphone and take out the headphone jack! I think half the people complaining don't own the system.

Not sure the reasoning considering the controller has so much tech jammed into it.

your my friend on switch so u know I own one. would have loved a headphone Jack on it.

There is a headphone jack on the SWITCH Look.

we know there's a HP Jack on switch why your emphasizing? You know we are talking in the context of Te headphones. Let me guess I'm complaining bcus I don't have a switch right? Bcus In the weird bizarro gaming world if a person rightly criticizes the company someone else fanatically adores they are enemies lol Smfh.

feel free to pm me I'll gladly add you to my friends list in switch :) like I did Eddie :)

still should have had a Jack on headphones as its more convenient. when ppl are playing on big screen and local MP with other ppl in same house would have renter cool if each con had an individual Jack in case both players are apart from each other and both want to hear headphone clarity.

Above I stated the switch has a headphone jack, AND provided a LINK. I got a disagree? Irrational.

"in the context of headphone Jack on controllerrrrrr"

Well you know as I mentuioned in my very first comment someone will fanatically defend the choice:)

Yeah....that is a bit ridiculous. The controller is 70 damn dollars. The lack of a headphone jack is just absurd.

Or blutooth support... You know technology from 2010... Because nintendo make cheap products and have been since the wii era.

It does have Bluetooth support (that's how the Joycons work wirelessly), you just can't use it for headphones.

Here is a article about blutooth from october 2002 and about how its being added to windows xp
http://windowsitpro.com/net...

This is the first thing I noticed when I opened up my pro controller.

I was hoping I'd be able to use the same Turtle Beach Recon that I use for both my PS4 and Xbox one on the Switch as well.

Now I'll have to buy a different mic for the Switch, if and when they come out with a multiplayer game I'm interested in that needs a chat function.

1. there's a jack on the console itself (granted you might want to use headphone whiled docked)
2. they is a usb type-c jack on the pro controller something could be done, maybe an adapter
3. A revision is not impossible, Microsoft did it with the duke controller

also isnt the controller using Bluetooth already, if so they can make an update later on or release a compatible product

THANK YOU! Someone understands! People forget that Nintendo didn't get fcc appoval until 1 month before release for the controller.

Waaaaaay to advance for Nintendo to handle, is like cyberpunk stuff for them, to futuristic. lol

I think even the hard core haters knows your exaggerating.

Nintendo SWITCH highest price for the pro controller in the USA is 69.99 NOT 85!

If you want a blue tooth adapter for your controller you can get one for under $7 two day shipping from Amazon
Nintendo does not get a cent from that. https://www.amazon.com/s/re...

PSP had a expensive memory card that cost $100 for years, yet SWTICH does not get a cent from memory cards.
Lets you chose your own. And made it so you can get two DIFFERENT formats to boot. People like spinning it as a negative? What you hate saving money? You can get a Micro SD card ANY BRAND, or a SDHC memory card ANY BRAND, But your twisting it and hating Nintendo because they don't sale them and make money off of them?

Now if Nintendo was trying to stop you from sharing your game, or charging you a fee to sell your own game you would be kissing their butt.

Whatever, sure both MS and Sony have done seriously anti consumer things and tried, but failed, with more. However, Nintendo do some things that are both anti consumer AND seemingly pointless which is when they annoy me.

The price of the Pro controller is ridiculous. Christ, Sony and MS are dear enough but the Pro is a real case of asking way too much when all we wanted was choice. Then theres the most regressive business performance in my recent memory with the wayNinty went out of their way, not to profit themselves, but to create opportunities for scummers to scalp gamers(also allowing bloody Walmart to do the same) by refusing to even try to meet demand for NES classics. To then discontinue when literally thousands off fans were still asking for them was just mean. Why? Do they hate us or hate money or love gits charging five hundred quid for a fifty pound console?

At least I can see if most companies are being greedy and complain in hope something will change but Nintendo are a law unto themselves rarely, if ever, listening to some of the best, most loyal and creative fans in all gaming. For me they rarely show they even appreciate us idiots that love their games so much we have put up with this nonsense and even come to expect and accept it.

I wouldnt want a games world without Metroid, Zelda or Mario, seriously, and I really love my Switch yet I honestly feel Nintendo get away with more from their fanbase than anyone else does and Nintendo fans are amazing. Frankly, some of the arse backwards business and ignorance towards those that keep them going in the bad times is pretty poor.

Again, Sony and MS are pretty shady themselves but in my experience their fanbases wont swallow it as happily as Nintendos for whatever reason(maybe because we see Ninty as being just about games whereas MS and Sony do a huge range of things). Whatever the truth, I honestly think Nintendo get away far more easily than other game companies and do some crappy things I find hard to let go.

because they expect you to use your phone...

Yeah, there is no defending this, hopefully they'll update it and let you use Bluetooth headsets.

" it’s no surprise the Switch can’t perform on par with current gen consoles like the PS4 and Xbox One."

Well,the system should be able to support Bluetooth headphones. But if it's not available within the next couple of months, then I'd just give up hope.

Also, while maybe not possible with the current version out, using the USB-C port on the pro controller could be possible, but who knows if that'll introduce some additional latency to the controller or not. It would kill battery life for sure.

Because it doesn't need one??? Seriously if people complain about this then they really are stupid... Plug em in the console when ya in portable and at home you have a TV :/... Stop complaining about nothing

God of War: Ragnarök Would Not Be Better As A PS5 Exclusive

Manage a wartime airfield in Until the Last Plane