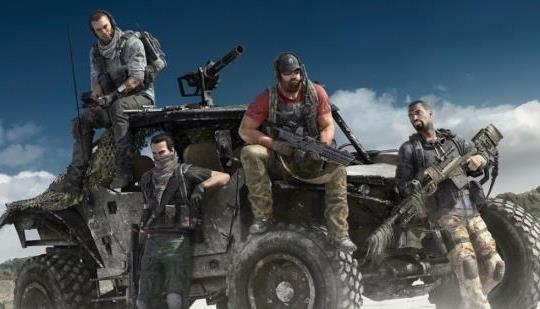 NPD has released the sales results for the top 10 selling games for March and a surprise debut has claimed the top spot. One of the writers for Middle of Nowhere Gaming takes a look at three trends that emerge from the data.

My one thought was, how did a game that got middling/bad reviews and no hype from the gaming press get the top spot and beat out both Zelda and Horizon? I think this clearly demonstrates that there is a large disconnect from those people who cover games and obsess over them versus those people who buy them and enjoy them. Games like Call of Duty, MLB The Show, and NBA 2k are consistently top sellers (NBA 2K nearly year round) and yet despite their tremendous popularity, none of these games will ever be mentioned in a Game of the Year conversation. Come to think of it, no sports/racing game ever gets considered for Game of the Year. It's a shame that the gaming press isn't that well rounded.

People do buy them. P5 sold over a million in the West. Just because the sales are overshadowed by annualized sports games, as far as sales, that doesn't mean they don't sell at all.

Razzer I think I phrased my sentence wrong I was actually trying to point out that people hype action rpg,,,,but buy turn based rpg's when a decent turn based one is available.

@ruefrak
Just because a game, or movie, or any piece of entertainment sells well, doesn't mean it's award worthy. Something can be very popular and simultaneously not a masterpiece. The two are not tied together at the hip. 50 shades of grey (among many other movies) sells many tickets and makes big dollars....does that mean it deserves an Oscar for best picture?

I guess there's just different ways of looking at it. Sure, La La Land wins Best Picture while Rogue One isn't even considered. Why? People voted with their wallets and a lot more of them said they'd rather see Rogue One than La La Land or Manchester By The Sea. If the movies or games that are so highly praised by the press fail to appeal to the mass audience, then are they really that great? Or are they just films trying to please critics, who have themselves been put into an echo chamber where they tell themselves what "quality" really is.

From my experience, sometimes when you immerse yourself in a particular medium to the degree in which game reviewers or film reviewers do, you tend lose touch with what most people enjoy (who aren't as immersed). When you get to that point, different becomes refreshing. Anything different or new, becomes praised because it slaps that person in the face, but that doesn't make it better.

Most of those sports games are the same game every year with updated rosters.

It's always a good time for the awesome exclusives. Thanks Sony and Ninty for your awesome games.