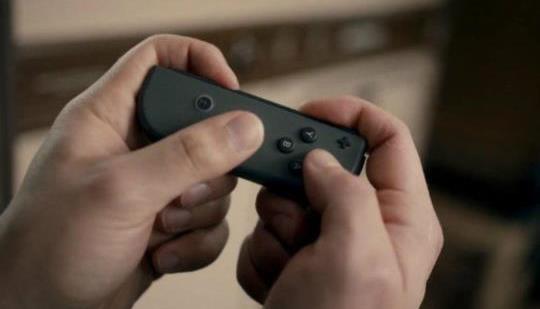 Droplets while dying in thirst.

Only for those that don't know how to work a faucet.XD

You'd be surprised what some thirsty [email protected]$ can do with a hose.

I know right ?, that plumber is an idiot, a sad example of its profession. XD

Lol droplets. Nintendies are scrounging for scraps so desoerately, it's sad really.

So Switch now has dl ability for WiiU games?

Nintendo is desperate to get whatever games they can get their hands on to put on the Switch. Most has been old stuff that no one really cares about.

I'm honestly surprised that one game was enough to move systems. Delaying Zelda and porting it to Switch may turn out to be the single most important decision Nintendo made regarding the Switch. After Wii U and with very few games, weak hardware, horrendous 3rd party support, and a multitude of other Nintendo-centric problems the Switch would have slowly died if it had suffered a poor launch. Reviews weren't even that good for the system, but having a successful launch will ultimately restore ppl's confidence in Nintendo "consoles" it as long as a somewhat steady stream of NEW 1st party games come the system should be a success. But who knows, the two games that are carrying the system are both ports. Zelda is a Wii U port even though they delayed it on Wii U so it would launch at the same time and Mario Kart 8 is a 3 year old Wii U game.

It's amazing that Nintendo was able to circumvent poor planning and management and ultimately be able to pull a couple rabbits out until the actual launch titles are ready. Neither of these two incredibly high rated system sellers were developed as Nintendo Switch games. Not only were they able to bide time until the Splatoons, Marios, and Xenoblades arrive but they are seemingly thriving in the process. Thriving with physical launch titles like 1-2 Switch, Bomberman, and a $40 copy of Binding of Isaac. Besides Zelda that's basically the physical launch lineup, at least at that's what was on display at the store.

I think the ability to play something Like zelda is on the go is whats selling it.

People have never seen games like this on the go in a portable gaming device like this.

Previously the most powerful portable released was the psvita which had a gpu speed of 28 gflops ( 56 @fp16). Switch is immensely more powerful, yet this comparison is never examined. For a portable this console is phenomenal. This is why it is and will sell well.

Happy to supply sources for those that might downvote this comment, or you can simply google " psvita 28gflop gpu".

It's too true. I didn't expect to use it so much as a portable but the about do play in bed or on the go is huge for someone like me that gets OCD about doing all side quests. It gives me more time to game.

Vita is 6 yrs old and KZ Merc still is more visually impressive than Zelda. Switch is a console as well.

1 game wasn't, there are others if you cared to look...

1 launch game worth a damn. One game sold the system.

True I can't stop hearing how good Zelda is though

It is really good

I've put about 160 hours into it and I'm interested in learning more about the dlc.

Most systems will sell millions to fan boys alone. Will it continue to sell is the question.

Just wait until a Pokemon is on it then watch the sales numbers start rolling in. In Japan, release another monster hunter and they'll be good to go. People are nuts for those games and they drive some serious sales numbers

Im really hoping they show up at e3 to do the damn thing... If they dont i honestly wouldnt be suprised. Nintendo hasnt been the same for me since after the gamecube gen. Was it really asking much in 2017 to have a console that did 1080 60 fps games without breaking a sweat? I suppose ill have to wait until the super switch gen or whatever its called. They went from the wiiu 720-1080p to 720 on a handheld and what 900 p docked? Lmao da fnck. Only one next gen consoles upgrade can get away with that and not be burned at the stakes... The nintendo appologists... How do you manage to be weaker as far as resolution goes from tech uhh 5 years ago??? What a joke

A wii u port that looks and plays exactly the same with no improvements on switch at 59.99.

MK8D has a better framerate, higher resolution, better texture filtering, new characters, new cars, wheels and gliders, and new battle stages while including the DLC by default. It also has had gameplay tweaks such as being able to hold multiple items at once, the new double item boxes, steer assist, etc.
It has so many improvements from MK8. Troll harder.

I have this "high tech" you scream of making mandatory, and guess what? I've been playing my classic consoles MORE than this gen. Why? Games back then were made by gamers, more fun, more sense of accomplishment without trophies/achievements, and don't require much to run to get a full experience. Why do you feel the need of 1080/60? Name a situation where 1080/60 was the deciding factor of a game you played? And before you ask, no I'm not a Nintendo fan after the fiasco with the Mini.

When I can play Capcom vs SNK for 8+ hours at a time, and maybe an hour of Street Fighter 5, that says something.

I'd kill for an online version of Capcom vs. SNK 2.

You and me both. So many fighting games back then that would dominate the online scene now if they were available.

It is a handheld device you know. Doesn't make me an apologist, just makes me a realist.

Trolls are out again, mummy let you out to play. Get a fucking life switch is doing well get over it.

I love my switch, I just got Mr. Shifty.

Switch sales are going to bottom out hard once the small core of diehard Nintendo fanboys have bought one, and the rest of the gaming community and industry realizes that it will have very poor 3rd party support, just like the awful Wii U before it. The system is cheap junk, with many design flaws, defects, cheap materials, and poor specs.

Did You just insult my Wii U ?

No, I stated a fact, the Wii U was a gimmicky piece of garbage. Built entirely around the awkward, bulky, expensive gamepad gimmick, with very poor internal specs and many missing features. Which is why it failed, obviously.

Agree 0Disagree 1
▼✖-+
SPAMInappropriate
Show all comments (53)
The story is too old to be commented.
20°Fresh

Join the ninjabots and save the day in Bot Gaiden