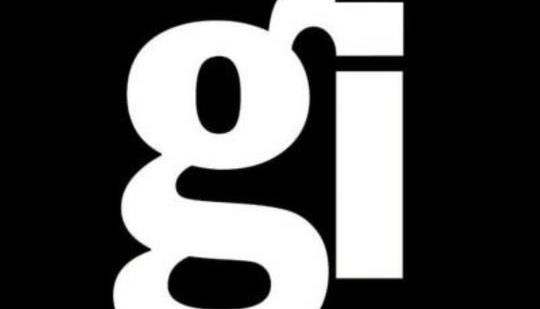 Digital sales now represent 74% of the US game market

Digital has been accounting for a bigger and bigger portion of the sales total each year, and in 2016 that portion was 74%, including full game digital downloads, subscriptions, DLC, mobile and social.

Adhttps://store.steampowered.com/app/1488200/Symphony_of_War_The_Nephilim_Saga/?utm_source=n4g&utm_medium=native&utm_campaign=sow_n4g_native&utm_content=png
- Comments (62)+ Comments (62)
TopNewestOldest
Expand all
The story is too old to be commented.

Big impact on digital sales come from smart devices like phones and tablets.

Pretty sure this is consoleand PC

It says right there it includes mobile and social...don't even need to click the article

Pretty sure you forgot how many people downloaded Pokémon Go and Mario Run.

Including mobile and DLC downloads for this "study" is so misleading as well, especially since the article tags only show console and PC.

According to a few Sony fans it is impossible for digital sales to even exist.

As the description already suggests. That doesn't negate the numbers though.
Only 26% is phsyical

Your math is assuming that the other 74 percent is CONSOLE it is NOT.

Still not a CONSOLE number. It is a count of all kinds of things like. CELL PHONE DOWN LOADS (there are BILLIONS OF THEM). Tablets (OVER A BILLION) LAPTOPS (BILLIONS), PC's BILLIONS Then the small number of consoles (less than a 100 million so far).

BILLIONS of SMART PHONES ...more THAN THERE ARE PEOPLE!
http://www.independent.co.u...

Also there are billions of LAPTOPS

Also there are BILLIONS of DESKTOPS

You can look those up yourself if you dont believe it.

For the last time I'm aware of all of that.
And it's not my math.

Not when it's game consoles only, it's not. Physical is a lot higher for game console only platforms.

I'm about 90% digital for console games. Game share is just to good to pass up

I'm about 25% digital and it's mostly Indie games and the FREE PSPlus & GWG games we get every month. Everything else I buy physical. I won't pay more then $30 for a digital game.

I prefer physical for the collector aspect but i do enjoy digital for its convenience. I just wish that they would price the digital games at least 10% lower than their physical versions. the more the better but at least 10% is a start.

They won't price digital lower because it will negatively impact physical sales which retail partners will frown upon. Same way movies have to be on DVD for a certain amount of time before it shows up on digital media. Sucks

It' been literally years since I bought a disc.

Anyone who games on PC hasnt. Personally its been about 10 years for me on PC that I havent bought a disc. Console is only now beginning to wake up to digital is better. In fact, I will go so far as to say that except for the X1 plan of checking in every 24 hours it was a great idea for digital.

Woke up? Last time I checked they dont take PC games for trade in and they have NO value. It you had a real plug and play system people could trade in PC games and get credit for it. If it was bad on Console like it is on PC it would be better on console too. Be thank goodness it isn't. I have FFVII discs on PC NOTHING will play them. Still works on my old playstation.

Haven't even talked about PRICE on PC. Prices drop like a ROCK. Is it only because of the pirating?

wait until you have to pay full price or MORE for digital like people had to when this gen first came out in some countries.

Do they still sell phyiscal copies of PC games? I haven't bought a physical PC game in like 6 years. I think the last one I bought was StarCraft 2 or a WoW expansion. Can't remember.

For me I would love to get the collectors but they are to pricy but I do like getting the physical of games that I like. Other then that it's cheaper to do digital considering these days you can get the deluxe/ultimate that includes the season pass all for $20.

I prefer physical, unless it's a game I know 100% I'm going to keep for a long, long time. I also hate how digital costs about the same as physical with no incentive, outside maybe a background (yea, right), or something else no one cares about. If digital was cheaper I'd be more inclined to buy into it.

You want me to get you your walkman?

Nah man I'm already pwned by my brother over some Pepsi so no thanks.

Bro I don't have a walkman. I have iPad Pro watch this stuff in Magnolia with my bae Lucy Heartfelia.

Yes I agree, but how much of this has to do with mobile?

Gaming is very, very, VERY DIVERSE, I mean..."game market" no longer is just talking about consoles and PC.

I think, like film and television, we need data that is tailored to the exact market, not lumping info from SEVERAL different markets to try to spin an article or agenda, narrative etc.

A televisions show can be a film. A film can be turned into a show etc, a mobile game on the other hand can't be put on console as "AAA", it will need to have an overhaul that is so major that it basically won't be the same game that was on mobile.

So if we understand that film and television have different data to represent certain trends, why is it we are lumping together mobile and console/PC gaming as if its all ONE thing?

If we are going to call the "game market" everything lumped into one, we might as well put film into one thing with "Youtube, web series, Netflix, Hulu, cable, theater" etc.

That data doesn't tell you where blockbuster films is going to go because of the data from web content...

Soooooo why would data regarding mobile content tell us any thing about the future of console and PC content?

Publishers don't want to really reveal that inormation, because it doesn't paint the picture that more people are moving over to digital, and hopefully peer pressure will get everyone on board.

But, reports that go around behind closed doors, tend to be 15-25% of total new game sales(not total revenue across the board),.

Including mobile shovelware im sure.

Believe it or not, they still count as games.

I think digital sales cost what they do because MS, Sony, Valve, etc all get around 30% of the money. If they lowered the price much then it would take money out of everybody's pockets. Sure you don't have to manufacture cases and discs, however those costs are negligible.

It's because the price is kept artificially high because they don't want to compete with the prices of physical copies. Don't want to piss of your hardware partners by undercutting their prices. So they practice price parody with their physical counterparts.

I read somewhere that when manufacturing high numbers of physical copies, the cost of manufacturing and transportation for them costs like 1-2 dollars per game. So realisticly the price could only be that much cheaper.

Not true at all. The biggest cost is how much the RETAILER makes per game. They don't do it for a hobby.

Why do they count crap from cell phones and tablets? Of course 100% of that will be digital

If they had to count subscriptions, DLC, and Mobile to get those numbers, it's nowhere near in terms of core gaming.

Exactly. Mobile and social probably count for over 50% of those stats.

Think again. There are about 100 million consoles. There are more than 9,000 million SMART PHONES. More smart phones in use than there are PEOPLE ALIVE. Not to mention over a billion tablets. Billions of laptops. Billions of desktops. Those are just the big ones. So consoles make up less than 5 percent of these numbers.

smh, Its Mobile mostly....geez, stop tryna make it seem like Digital has taken over Physical on consoles, WW3 will start b4 digital ever takes over.

That's very very close to happening..then non of this stuff will matter anymore.

Someone some where is saying dangit he is on to us! lol Your right!

I went all digital this gen. Glad I did since MS is supporting bc pretty hardcore. I cant wait for scorpio. Im holding off on playing some old 360 games and xbox one games so I can experience them on new console.

totally skewed by cellphones and PC gaming which are 100% and probably about 90% for pc gaming.
Consoles I would be surprised if it totaled more than 40% with most of that being indies that are only available digitally

74% of US game market is still 74% no matter what is involved. In other words. This means that only 26% is physical.

That's the number I get out of this. Only 26% of the game market in the US is physical.

"Game market" is a loose term though. Not specific at all

Yes. I'm aware. It's supposed to be loose. Did you bother to read at least the description?

It mentions what it includes.

I know what it includes. The title while technically not a lie, doesnt tell the whole truth. That's all I'm saying

The numbers are watering down the ratio of console physical sales heavily. Not sure what you are getting out of that broad oversimplified statistic that is actually meaningful.

I love how the majority of people here favor physical over digital when it comes to games, but then when you mention the PS4 Pro not having a 4K Blu-ray player, then all of a sudden physical media is dead and digital is the future lol.

Personally, I prefer physical media for the collector aspect, something just feels right about having a tangible object you can display on a shelf. :)

That's pretty simple. People buy physical games but not physical movies. So the Pro not having a 4K Blu-Ray player is irrelevant.

I have a high end HDR blue ray player that cost as much as a Console to play my movies. Not a xbox slim.

it is smooth, and faster. And PRETTIER.

Very misleading title. Naturally pc games, mobile games, DLC, Xbox live and Psplus are nearly all digital. As well as what ever sells digitally on console.

A more accurate title would be physical console sales equal 26% of all gaming revenue. This makes it sound like digital has taken over the world.

If you want to give a decent comparison that actually tells you how popular digital has become give a console physical vs console digital comparison so we can judge its growth.

Now how much is it with just games? A very misleading article of facts!

This explains why Horizon zero dawn bombed on the NPD... Sony fans went all digital.. am I right?

Here's What You Need to Know About Microsofts Seven New Studios

Ship of Fools Review | The Gamebutler