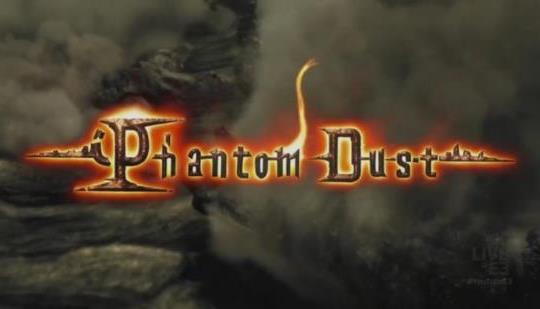 If you’re eager to see what the upcoming Phantom Dust remaster for Xbox One and Windows 10, today Xbox Division head Phil Spencer was in a sharing mood.

Adhttps://store.steampowered.com/app/1488200/Symphony_of_War_The_Nephilim_Saga/?utm_source=n4g&utm_medium=native&utm_campaign=sow_n4g_native&utm_content=png
- Comments (163)+ Comments (163)
TopNewestOldest
Expand all
The story is too old to be commented.

Wow a screenshot. FINALLY!! Not too bad. Want to see more.

Your expectations must have been really really low

@Angelice I'm with you bro. Can't wait to play this too. It seemed to unique back then and it was never brought to Xbox 360 bc. Glad Phil is bringing it back now though.

Phil Spencer is really promoting this game hard. I'm happy for the fans who are looking forward to it, but it just highlights that there's a lack of exclusive Xbox One games for Microsoft to promote.

Is that only a remaster or april fools joke?

It's a remake of the original, yes.

remaster, the real remake was cancelled.

All the PC losers in the replies whining about 30fps, lol.

But it won't be 30fps on PC so why would PC gamers whine?

Because they're keyboard warriors!

Well, don't they usually find something to whine about?..might as well be this.

Buddy you don't need to be a PC user to be questioning why a remaster of an Xbox game is running 30 frames.

Expected by default this was going to be 1080p 60 frames.

What's so hilarious is that doesn't really answer why it's not running those settings it actually begs the question even more why it's not.

I mean if it's a substantial remaster almost close to a remake then we could argue that maybe it's using so much that it cannot run those settings which is understandable, but the tell me it's not even a remaster means that I'm even more shocked that it's not running 1080p 60 frames.

Thanks, I don't think you realize just how much you've helped everyone's Point here.

It is what it is man bumping up a 30fps game can mess up the game look at kingdom hearts 1.5+2.5 ps4 how it had issues with it now running at 60fps

You don't understand how this works, do you. They modified the frame buffer to support higher resolution. They didn't modify the textures, animations, lighting, or anything else because they didn't remaster it. A 1080p game with a patch to support a 4k frame buffer is not remastered either. In both cases, all that is changed is the frame buffer, and not the assets.

Also, the animations were never designed to run at 60fps and would have needed "remastering" as well to render the in-between frames not in the original. Phantom Dust was capped at 30 fps, so it only begs the question if you're an ignorant troll.

Instead of looking like a stupid Pony with no brains, why don't you just look up the articles from a few months back and you'll see MS calls it a re-release. Their words, not mine. Thanks to you ED, we can all see just how stupid all your Pony friends are with the amount of agrees you get while being 100% wrong.

You kids and your Nintendo don't understand superiority. Y'all the losers with your outdated consoles that break 90% of the time. Lol. Losersssss.

@MvGeneral...
You just described the 360 and the outdated Xbox one....

Just an FYI on your poor attempt at dissing someone/thing

Cy--- you mean all the PC winners and no we are not crying because if it's released on PC I'm sure it will have an uncap frame rate.

It's called having standards, weaboo.

Actually the loser is the 30fps, ten year old tech.

Why didnt they went with a remake and prefer a remaster?

Gamers: Bruh, we didn't ask for this.
Xbox: Deal with it!
Gamers: y tho. Xbox got no games.

To transfer over a game or Remastered game is actually not that much money I would say maybe less than a million dollars from a very respectable transfer team.

Its just a HD port though, no remastering going on here really.

That is in response to OP asking why no remake.

Cause a remaster is easir?

MS has no money in their gaming budget.. no need to try when PS4 is owning.

Because Microsoft has proven in comparison to Sony this gen, that they aren't willing to take the same losses with profit and take the same risks with supporting games that aren't guaranteed to sell and turn in a net-positive profit.

After Microsoft attempted to draw in audiences with those exclusive JRPG's last gen and they weren't enough to turn in a huge profit for Microsoft, then went back to only really supporting guaranteed sellers and it's a real shame. I was looking forward to the Phantom Dust reboot/remake/whatever and Scalebound. They may have been niche compared to typical Microsoft properties like Gears of War and Halo, but man, would they have really made the Xbox One stand out this gen with its current lack of exclusives compared to ps4.

Nintendo Wii looks better than this.

Its a re-release of an original Xbox game.

Dumb will be Dumb... lmao

I can't wait to play this.I played the demo a lot on the og Xbox.

So you liked the demo on the original Xbox, that you didn't buy the full game?

One - How if you played through them. Especially MGS2.

Two - You're still not saying that you did not *BUY* those games when they first came out. Helped to make them what they became in the industry, and gave reason to make sequels to them.

If you remember MGS2 demo came out a long time before the game. And I played it over and over and over again, trying for different ways everytime, messing with the AI. Yes I played right through the game. Once. Still reckon I did more hours on the demo. Not saying I regret the game at all, its just a fact I spent more time on the demo.

Played the DMC demo over and over as well. Got it at launch (as with MGS2) but it didnt grab me like I thought it would. Didnt finish it. I think I just prefer Onimusha.

And no I didnt say anything about not buying them. I contributed. Hell I bought Zone of Enders just for the MGS demo. Lucky that was a great game too.

Missing the main point of someone being excited for the re-release of an obscure title they didn't buy/support the first time.

Nevermind that this original, older version of the game is being put out to make up for a newer version's cancellation. Or that it takes more to make games than simply throwing money and a team that feels little to no passion towards it. Much less have it overseen by indifferent producers.

Like most of us, he was probably too young to buy the game on his own. I know I used to stretch those Playstation demo discs and never bought the actual games.

And somehow my comment upsets you? How does this differ from other game demos? Many gamers have purchased certain games over the years cos they liked the (demo) bit they played i.e FH2, FH3, Halo Wars 2, Nier, FFXV. I purchased all those games cos I either enjoyed the previous iterations or simply enjoyed their demos too. So how is this any different? I loved the demo of Phantum Dust I played back then but unfortunately I couldn't buy the game but now I can and I want to. So what's the issue bro. It's not your time nor your money. I'm sure it would be a different if I was purchasing a PS4 game after playing the demo? Right? why does it even bother u that I'm interested in this? Smh. And so you know I also just played the Mafia 3 demo a while ago and since I enjoyed it..I've decided to purchase the full game...hopefully you'll have something sarcastic to say about that too??

Crazy how people can be in a different situation now than they were 6 or so years ago. Maybe an unemployed teenager (high school) to a contributing member of society with their own funds to purchase things. Maybe an adult but not willing to toss out $19 or w/e due to whatever reasons. Then after they forgot about the game they see this and think "i enjoyed that and missed my chance to buy it".

Why do neutral personal opinions that are excited about a game incite you to attack and criticize? What do you really want sir?

Ps4 is better than everything else. There you go sir, hope that helped fill that hole inside your soul.

So when is the release date cause I have been itching to go back online since like 10 years ago. Day 1 for sure. This game just doesn't get old, funny that it is even more relevant now than when it was released years ago on original Xbox. In my opinion, this is the best game ever. 😁

It is very addicting game once you get the hang of it. I'm definitely gonna dive back into this considering its my fave game of all time.

Hopefully scorpio can play this at 45fps. 😂

Apparently the assets are tied to the frame rate. Increasing that would break the game.

Yeah, they stated this in a interview awhile back.

I dont really think minecraft has great graphics but it sure seemed to do good.

Edit: ps4 is the bestest of them all.

I was honestly expecting the remaster to look at bit better than that. Similar to what Sony is doing to Crash

Sony isn't doing anything to Crash. They're playing no part in the project. Vicarious Visions is with Activision publishing.

Yes they do.they designed the levels,story and gameplay back in the 90s
And the original soundtrack

Please do check this all out yourself. It is well documented via multiple outlets and this post contains 100% factual information available to anyone.

Josh Mancell also was the composer for the original titles done by Naughty Dog.

If Sony isn't doing anything, then are we to expect the game to release on Xbox the same as PS4? Am also sure it was out of the the kindness of their hearts that Activition decided to make the remake exclusive to the PS4. Right? Sony might not own the IP, but they are the ones fitting the bill for the remaster and would obviously have a say. Since you claim Sony is not playing a part in the project, why is it exclusive to PS4? Is Activition just simply investing their own money into the project, whiles being nice and offering Sony a free exclusive? Please answer

@danoman64: You mean similar to the deal Sony has with Activision to receive Call of Duty DLC one month early while Sony hands them money?

Because Sony offered cash money to Activision for exclusivity and does so for timed content with the same company?

No, again, Sony at the end of the day does not get a say. It is not their property and never has been.

Plus Crash Bandicoot has been seen on other platforms. Numerous times.

You can even find this information on the official Crash Bandicoot page. Notice no Sony logo but merely PS4.

The other interesting part is the box art is missing the "Only on PlayStation" heading.
http://www.crashbandicoot.c...

Crash Remastered will be on Xbox One later this year

Wow, your source is so credible I didn't even dream of questioning it 😂😂

For a PS3 game

For a PS2 game, how does this one screenshot come anywhere close to something like The Last of Us or even the first Uncharted lol?
Then again, it still doesn't look anything impressive like a screen from God of War 2, Shadow of the Colossus or MGS3.