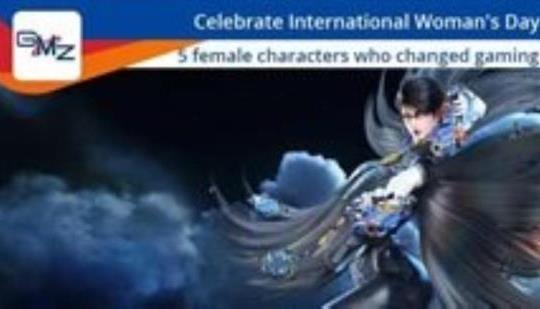 The top 5 female characters in gaming

...Who are likely considered to be sexist by feminist...

Depends on the feminist? Bayonetta is really the only character on this list who's consistently considered problematic by some (not me!). Lara has come a long way since people had issues with her and the others are strong on their own merits too.

Ellie and Aloy are v inoffensive, strong all rounders. :)

Oh jesus, give it a rest.

Sorry never played Bayonetta, and I'm not convinced it's as earth-shaking in the world of gaming as it's fans make it out to be. Same for Dragon Age and FFX. It shouldn't be surprising that 3 out of the 5 I picked are Nintendo IP and are recognizable even by non-gamers. People have seen Nintendo advertisements for them since the days of the NES.

Laura Croft and Chun Li are the same. Both are old IP and nearly everyone recognizes them.

Picking characters from recent titles or a character from a single game no matter how popular isn't really being objective about it. That's just personal bias.

It should also be noted that 3 out of the 5 are fighters and only 2 of them are save the princess types (Zelda and Peach). But even those two have games where they fight a little (Ocarina of Time, Super Mario Bros. 2, and Smash). So I think that's a bit positive for the image of girls in gaming.

Replace Yuna with Samus (Metroid).
And Aloy, I love her but I haven't even finished the game yet, so I'd have to take her off and replace her with either chun li or mz pac man

After playing 60+ hours of Horizon: Zero Dawn, Aloy has grown to become my #1 favorite. I think this list is great though, everyone has their personal favorites and all are valid :)

and final slot can go to any classic character

10 Games You Should Play If You Love Bayonetta

Bayonetta franchise has not made $450 million as voice actress claims

How PlatinumGames is betting on Nintendo expertise to shape its future