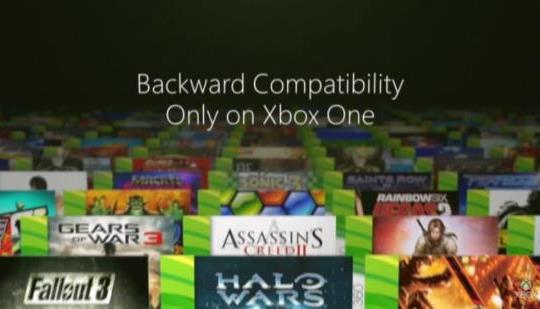 The Next Three Backwards Compatibility Titles Have Leaked Early

I don't care for these games, but it is nice seeing more titles regularly updated on Xbox BC.

Just to confirm there will be a Thursday update too. Possibly with bigger titles.

Where is Fable Anniversary? It's a Microsoft title so there should be no legal issues FFS.

If Dragons Dogma gets BC let me know

I hate remasters or remakes..... but that would be only game I would love as a remaster... wish I had a game like that for this gen, pro and Scorpio of course...

Team ninja probably is looking at Nioh to fill in the gap, however I found it rather dull. I'm sure it has its place in the world, but so does speedy hack and slashing.

My system is backwards compatible all the way back to like 1977. That's cool though, at least you get something. (Not sarcasm, sony killing BC at least for PS2/PS1 games just so they can sell them back to you is inexcusable. Emulating the PS3 is hard because it was designed weird, so that's an understandable omission, granted one that was created by their short sightedness.)

Backwards compatibility is the reason why I'm keeping my Xbox One. I never owned a 360 so being able to play games like Alan Wake and Lost Odyssey (which I started today - finally!) is nice. It's the first time I've used the console since Quantum Break came out. I should have just bought a cheap 360 instead.

Exactly. Imagine if in early 2010, i.e. just shy over 3 years into PS3's life, the only thing you had to look forward to was the announcement of what 1 or 2 BC PS2 games were coming to the console, even though they released a version of the console with 1500 games supported at launch and nobody really cared.

Yeah people would have called it the most overated thing back then too.

Backwards compatibility is a great extra feature, but it isn't the only thing Xbox users have to look forward to by any stretch. Only most hardcore PlayStation fanboys call it overrated, and it's pretty clear you're part of that group.

It would have been awesome if PS3 kept BC after the first models.

Sad but true. Xbox one has nothing worth playing, what you can't already find on pc and ps4

Maybe people like playing those games you can find on the PS4/PC better on the Xbox one. There is plenty to play on Xbox.

Another idiot who can't grasp a huge number of us don't want to play on a bloody PC.

why do people complain about something that's free..... kind of shows what sorta person you are if you ask me

I hope the list of BC games to reach 700 titles before the end of this year.

Microsoft needs to talk Ubisoft into adding Splinter Cell Conviction to BC. Always wanted to play it but I went with the Wii and PS3 instead and missed out.

Dam the leak turn out to be true yet again

If backwards compatibility is good at one thing it's releasing obscure 360 games to run on Xbox One, lol.

Where is Civilization revolution and Sega classics?!?