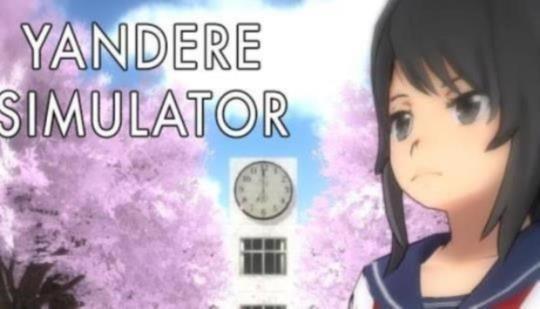 YandareDev's YouTube video to appeal to Twitch's Ban of his game has received over 1.5 million views in just 48 hours after reposting and resurrecting what occurred on or around Jan 6th 2016 regarding his Ban off of the Twitch platform.

Yandere Dev needs your support, please give your feedback in the comments of this story, yes, he reads them!

Maybe it's a dead horse already?

I watched the whole video and the developer has a point. Twitch have no excuse to ban Yandere.

It's most likely tied to the torture and manipulation of fellow students and the fact that the game works around killing innocents. Context controls the entire decision making behind the ESRB and every ban that may happen. Instead of making a 20 minute video trying to hypothesize all these crazy theories and scapegoating and using his audience to bitch at twitch. He should of just acted like an adult and went to the other 15 stream sites that are getting more popular since twitch started screwing itself as of late. If people truly like his work they'll go where he goes.

People over at Twitch are hypocrites but it's their website. They'll do whatever they want.

To arbitrarily ban an extensive work without any actual feedback is both cruel, extremely unfair, and cowardly of them to avoid confrontation with the developer. I get it, i'm a film producer, director, and many 'film/hollywood' types are typically afraid of having the 'writer' on set because of the fear they might try to interpret something incorrectly and have said writer try to take over the director and producer's job, when many times decisions are made at a much higher level for things that have nothing to do with creativity or interpretation, rather time and money changes the course of the process. I.e. James Cameron is spending umpteen tens of thousands per hour having 300+ extras getting wet pay having to stay in a wading pool next to half the titanic, when the union rep calls production and says actors are only allowed to remain emerged for a duration of 1hr30 minutes before requiring a dry off break. Rotating that many people in and out of the pool takes so much time they fire 250, use 50 and pay X dollars for CG work instead. The connection here is that Yandare Simulator is the movie prop ship and Twitch is the ocean, production studio's sound stage. If it's going to cost them more money in consumer complaints by negative trolls looking for the next 'allegedly unacceptable' video game to get banned.... the reason Twitch is so cowardly is because their platform is just: "The people that use Twitch" are the product of Twitch. They can sell ads to their product (you and me that use it).... I think twitch banned the game not because it "might" be rated Adult or Mature, but because it's 'unrated' which legally falls into unsolicited material they haven't assurance of knowing what might be release in an update which makes them afraid of the writer .. creator, Yandere Developer the same way Showcase Cinema denied my motion picture release of "The Rude, the Mad, and the Funny" with Arthur Wahlburg and includes 3 Eddie Money music tracks but just because I wrote and produced it as a PG-13 film, the ratings board did not give it a rating, and without giving us any rating it's like saying there will be no further releasing in mainstream theaters. Redbox is a different story, but that discussion is for another time. Best of luck to Yandere Simulator's continued expanding worldwide success, and to Yandere Dev himself to find a platform much larger than Twitch to both accept and promote his title right in Twitch's face so much that if Twitch removed the ban, YandereDev should BAN TWITCH FROM ANY EXCLUSIVE PERMISSION OF RUNNING YANDERE SIMULATOR ON IT'S PLATFORM TO IT'S USERS.

Yandere Simulator Gets New Video All About 1980s Mode Prequel

New Yandere Simulator Trailer Is All About the Delinquent Gang