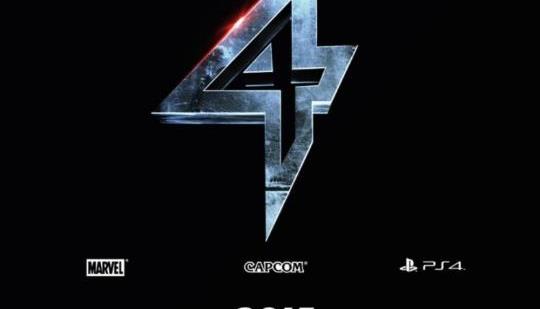 Why Marvel Vs. Capcom 4 is More Likely Than You Think

Over the last few days there has been a feverish buzz about a potential announcement for Marvel vs. Capcom 4 at PSX this weekend. Many are skeptical of the validity of these rumors, but this a case for its legitimacy.

I really hate when people publish article that automatically presume to know more than we do. Everyone knows already. You are late.

This article isn't revealing old information. Its an opinion piece, theory crafting why the rumors could make sense.

well, no two guessing who you are. and his description of the link was pretty accurate

Not sure how you can be late with an opinion piece if PSX hasn't even happened yet. Just sayin'

He was saying, its been known for awhile now from articles across the net. so this news is LATE.

5 days ago a youtuber was talking about it. Four days before that read it on releases.com yeah it is old news .

MvC3 was such a letdown.

Who in their right mind develops a game where landing one light normal attack leads into an infinite combo that the opponent cannot escape until their character dies?

Not only that, but the balance was garbage also. Phoenix with her tracking projectiles that people spam for chip damage that the vast majority of the roster can do nothing about.

MvC2 was so much better. I understand a couple characters had infinite combos in that as well, but those were not intentional. I also understand that there were some balancing issues, which is understandable for a roster that size. But even then, the balance was no where near as bad as MvC3.

If this is true, and they are making a fourth installment, I'll wait to see what its like before jumping in. They have some serious things to work out after the third one.

I'm sorry. You have absolutely no idea what you are talking about if you think MvC2 is more balanced than MvC3.

I don't understand what licensing issues there are that everyone seems to be so scared of.

They've done it how many times now?

X-Men: Children of the Atom
Marvel Universe
Marvel vs Street Fighter
Marvel vs Capcom 1, 2, and 3

That's 6 times licensing has not been a big enough issue to stop Capcom from using Marvel's most popular characters. It might even be 7 times. For the life of me I can't remember if there was a Marvel vs Street Fighter 2.

At any rate, why is this always the go-to obstacle that everyone brings up as if it will stop the game from ever happening. History has done nothing but prove otherwise.

You're missing Marvel Super Heroes and X-Men vs Street Fighter

Oh you're right! I thought there was another "vs Street Fighter" game.

But I didn't forget Marvel Super Heroes. I called it Marvel Universe though.

I hope so but doubt it will happen.. They took the games off the networks and all.. If the licenses werent renewed before, why would they now?

Possibly because the sales dropped so low on MvC3 that they didn't see the value in renewing again?

However, a new title would bring in sales all over again. So it might actually be worth it for a new installment instead of renewing for an older game that no one plays or buys anymore.

Maybe Sony ponied up the money for the licenses?Apparently it's being developed by Iron Galaxy.Not to mention Adam Boyes is now head of Iron

If its being made by them im not touching it

See what you did there, have my upvote!

I'm not sure I want another one~ Knowing Disney and Marvel the only characters to be made available are ones who will appear in films in the future or already established in current film. Knowing Capcom it will only be characters to have already been rendered in previous current gen games they have made. What fun is that? Part of the allure of the MvC2 was the sheer amount of your favorite Capcom and Marvel characters. Yes, only six of them were tournament viable, and yes they were all Marvel characters, but that's not important. The point is they were there as seen in their comics~

Marvel hasn't been bad since Disney bought them... they have only failed at making good use of their IPs in games.. but thats about to change with Spider-Man (but its Sonys using its contract nicely) maybe marvel will have better games after they see the success of spider-man

Oh I'm not saying Marvel has been bad, just that they would probably want Capcom to only develop characters which will have upcoming films to tie them into. So we'd see limited rosters again.

I would prefer SNK VS CAPCOM 3.But I'll take any crossover game

I have both consoles but it's a mistake to make this game exclusive.

Hope Its on all platforms if it is coming! Wouldnt mind UMvC3 coming to Xbox One bc aswell

Love the MvsC games...bring it on!

That looks like the Four from the actual movie Fantastic Four.

Would be great to see some Fantastic Four characters in it. But since marvel is having major issues with Fox I doubt we will see anything from FF or Xmen in the next MvC.

Agree 0Disagree 1
▼✖-+
SPAMInappropriate
Show all comments (27)
The story is too old to be commented.
40°

SEASON: A Letter To The Future Review (PC) - Permission To Feel | Finger Guns