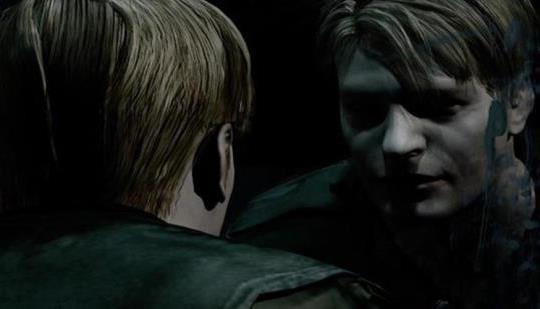 Will We Ever Return to the Creepy Fictional Town of Silent Hill?

PressA2Join: "Much like Capcom’s Resident Evil franchise, Silent Hill became a staple of the horror genre after its debut back in 1999. Over the following 17 years, the incredibly creepy fictional town of Silent Hill spawned 7 full-length games, 4 spin-off titles, 1 excellent HD collection and a handful of cancelled projects, including acclaimed developer Hideo Kojima’s ill-fated Silent Hills. The mercurial developer has since moved on from the trials and tribulations of P.T and Silent Hills, not to forget his estranged working relationship with KONAMI, to form Kojima Productions, a studio currently developing its debut title Death Stranding. But whilst Kojima rightfully moved on to pastures new, Silent Hill as a franchise appears to be stagnated, forgotten and seemingly at a complete standstill."

pressa2join.com
- Comments (9)+ Comments (9)
TopNewestOldest
Expand all
The story is too old to be commented.

Silent Hill is synonymous with the horror genre. I hope KONAMI still has plans for the series.

They do, theyll announce the same cancelled Silents Hills game at next E3 with a release date of late 2017 on the Pachinko machines :D

Until Konami finds new management or the company's back is truly against the wall, the series is dead for consoles and PC.

I would love to see a return of the series. But not by the current Konamu attitude! They have beaten that series into a bloody pulp and it saddens me to see it in such a state :(

i still have PT on my console...fuck it was going to be so good

1 excellent HD collection???who wrote this?that release is abomination and must be burn and buried!

It amazes me that they messed up the HD remake THAT bad when it released, especially when compared to other HD remade games that Konami owned which were done well, Metal Gear and Z.O.E. are two that come to mind.

It's a different experience when comparing the HD remake to the original releases, and this isn't just about gameplay or anything, because it goes beyond that with games like Silent Hill. Not only the visual elements were messed up with terrible textures, some textures not loading or being where they're not supposed to be, fog being too thin or too thick, but the audio was messed up, as well. They added in certain audio cues during cutscenes, the music for some reason was either changed completely or altered in weird waysmin certain parts of the game, not forgetting the less than stellar voice acting which lost all direction that the originals had( looking at you Mary Elizabeth McGlynn), sound effects weren't what they were supposed to be, etc. What made Silent 2 and 3( not forgetting 1 and 4 of course) great horror games was because of how it was such a cerebral experience. There was so many strange things going with the visuals, the imagery always had you wondering, it meant something; and any noise you heard always made you feel tense or confused about what it was that was making the noise, whether you weren't sure what was "real" in the game or if it was just a part of the soundtrack. And this is why I said this goes beyond what the gameplay is like, because these are elements that made Silent Hill scary. If Konami can't get the visuals or audio right in the HD remakes, which they already had things laid out for them, and they've failed with the newer games in all aspects with boring gameplay, visuals and audio, then they're incapable of handling any future games, until they can fully commit and get a team who can develop the game without so many bugs and most importantly, a team that understands the lore of Silent Hill, who can come up with both a new and original story for the next installment, something that doesn't just say "Hey we're like Silent Hill 2" and expect fans to love it automatically(this is why we need a good number of Team Silent members back to help develop).

And yes, there was Silent Hills. That made me very hopeful for the next game in the series, but I was not completely convinced that it was going to be a great Silent Hill game. It's unfortunate too because of so little we had to go off on, with P.T. and a trailer that was only a glimpse into what the game was about. A great game I think it absolutely would have been, but a great Silent Hill game, that'll remain a mystery, at least until they say something about resuming development or Kojima and Konami execs went out drinking and got together again or whatever. Until then, I rather have the legacy of the past games to remember than to further see the series tank with such boring gameplay and uninspiring artistic tone.

Don't think anyone but team Silent could do it justice, Varta gave it a noble attempt without crapping over the canon/story of The Silent hill series, but still didn't have the important aspects of the original 4 games