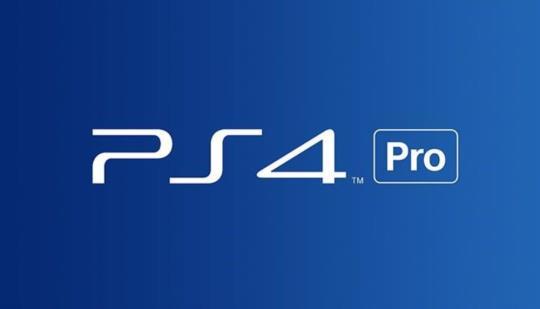 PS4 Pro Sold 65,194 Units in Japan in Four Days According to Famitsu

Today Famitsu jump-started its weekly sales data by announcing how many PS4 Pro units, according to its own sources, have been sold in Japan betweeen the launch on November 10th and the end of the first week on the shelves on November 13th.

translate.google.com
Credit url:http://www.dualshockers.com...
- Comments (110)+ Comments (110)
TopNewestOldest
Expand all
The story is too old to be commented.

Seems pretty good. I think FFXV may boost the sales some more as well.

Thats for sure. FF15 looks great so it will definatly help boost PS4 Pro sales.

If you take Conan's Clueless Gamer sataire seriously, then forgive me for saying this but you need to get a clue mate.

Even X1 will pass ps3 when ffxv comes out..

OH, lighten up pal! I thought it was pretty funny, especially the part where a group of male characters in the game are reading articles about wedding dresses and decide to go to the dress shop to see it..also, Running around in the desert fully clad in black leather was pretty darn funny as well.

A big reason I wanted my pro right away was Final Fantasy 15, its going to be great at 60 fps!

There's two options, one targets framerate the other is graphical fidelity. Ill also take 40-50 fps over locked 30 any day, as long as they dont have completely horrid frametimes (Ive played many pc games at 40-50 fps that felt great).

Wow...very surprised at the impact. Good Job Sony. Now I hope all of those stupid articles against the Pro will stop.

They will, not only that the websites that were bashing it will act like they never did.

the last guardian will boost sales for sure as well.

I just finished building my 4K PC build with two GTX 1080's and I heard the FF15 developers are thinking about bringing it to the PC probably in a couple of years. Sounds great. Played all the Final Fantasy games right upto FFXIV both on PS4 & PC.

PS4 Pro looks great that's why I just ordered a 65" Samsung 4K HDR Tizen Series with a Playstation 4 Pro and finished paying off the Final Fantasy 15 Edition. I think I can safely say that all I want for Christmas is just a Turkey Dinner to play my favorite series Final Fantasy.

Final Fantasy XV and Yakuza 6 will make the PS4 sales go into the stratosphere.

I hope Ni No Kuni 2 is really good. first one was really solid RPG. Capturing new monsters was also addictive.

I get DMC3 vibe from Neir so hopefully gameplay is really solid.

Damn, u are right. Japan is going be big this winter and in the future with games like VII Remake, Ni No Kuni 2, and of course Shenmue 3.

Rather surprised that the PS4 slim sold around 30 k. Options are good huh.

looking at worldwide sales and xbones selling that of half the ps4.... i don't think that statement is correct...

@Warnut: Xbox One started more costly, and that sucked up its momentum. If anything, that proves the point.

its not just the price but the demand too. a cheaper xbox one cant outsell the PS4 because the demand is low for xbox one compared to PS4. gamecube was very cheap but could never touch PS2. a combo of good price and demand is deadly.. this is why PS4 has done so well.

And certain people like to pay a higher mark up on a cheaper console because they believe that giving more money for less capability makes their console worth more.

To you, weaker console + Higher price = sense of superiority

there is a special Final Fantasy edition PS4 slim coming up soon. Those numbers will probably be even higher then.

It is mostly sold out, so the first week sales will be skewered.

It's easy to jump over a bar that's sitting on the ground.

not if you are drunk and spin fast looking at the ground, to then look up and try jump over it

if it was easy then why is that bar still on the ground?

Not if your legs are broken.

Hey, JAPANESE public don't buy American stuff, especially technical items, but they will happily sell there, but then again we have no choice but to buy JAPANESE products, no western Company are making TV's are they, maybe IPHONE, but that's it, they are very loyalty to there businesses.

American stuff made in China.

There are a few like Sharp, Magnavox (Phillips) & Vizio. Most of the American TV companies moved to Japan because it was just cheaper to make televisions in that country. America still makes a lot of chips, processors and components.

Surprised they haven't included PSVR considering it is part of the PS brand and hardware in its own right.

For a console big (for sony) its impressive. Never thought that the japonese gamers would like.

"Never thought that the Japanese gamers would like"??🤔 Why?

The PS4 is pretty small for a home console.

Now, it's beautiful how things are turning.

That's almost all xbox one lifetime sales on japan.

And probably a few other countries as well.

If I was MS, I would never waste money were my Company is not welcome, no matter how hard they try the JAPANESE people would never trust anything technical that's not JAPANESE, maybe IPHONE.

Because if I was a Japanese console player, I wouldn't look at the software output on the PS2 and 3 versus the OG Xbox and 360 and make a decision from there.

Nope 100% nationalism all up in here.

Keep on generalizing, bro. Doesn't make you look even a touch ignorant.

Well, the Japan gamers bought over 1.6 million XBox 360's . That's the most for any American game console. The OG Xbox sold just over 500K.

That's really good, I think if they were to sell 1 million by years end across the world that's a good start. Seeing that this is a niche console, I supported this console, for hopes of something similar in the future of playstation. But we will see, next generations innovations have everything to do with this generations success.

is it niche? It seems to be a big hit, and for those that havent got a ps4 yet the pro is by far the best option.

Do you people even know what niche mean? I swear yall act like it's a racial slur, YES THE PS4 PRO IS TAILORED TO A NICHE MARKET. Yes it is the same price as the PS4 Original initial retail price, but it is still a NICHE CONSOLE. For people like myself that like having the latest and greatest technology in their house. The same as 4ktvs were and to an extent still are a niche tv for those that want that extra finer quality.

The ps4 sold approx. 45million or so units, 65k of 45 million is less than 1 percent. 1 percent of the console base equates to 450,000 users. This equates to right around 0.15% of the user base (overall). Do you still think this isn't niche? When you google niche and read the ACTUAL definition you then will realize that although the percentage is small, it's still great to see it selling well because A) this market never existed before in the console space and B) Sony isn't losing anything monetarily by selling this console. They are still making money on it regardless it's not like the PS3 era when they were selling at a loss.

Mirror mirror on the wall...

I guess people misunderstood you but you're correct. The Ps4 Pro seem to be for us graphics enthusiasts ( console ) and has the potential to reach the mass market. It's a niche console and there's absolutely NOTHING wrong with it. Niche doesn't mean bad, in fact, hardcore gamers are in the niche group.

Finally someone that understands what "niche" is. I'm fine with the disagrees just proves my point at the amount of non-educated individuals we have on these message boards. SMH

Edit: I thought I read somewhere that slim did 90k first week,..
Don't really know or care much,.. I love my PS4PRO,.. Runs quiet, games look bananas,.. hell even from engineering and visual standpoint it looks cool and seams really robust that silver PS4 logo is so damn cool.

Only OK? As compared to the original ps4 in its first launch week it sold 64k units. So it done a little better. Considering its a mid gen console rather than next gen that's pretty Damn good. The only other week that did better was when persona 5 launched, over 90, 000 units were sold.

Sony had better beat out Xbox in November and December to keep the Sony Sheep at bay lmao!

Is that or real? That some high level *uckery right there and honestly pathetic. There's people that would burn a 400$ machine just to put a product down, and from what I read, it was a contributor to various gaming sites? That's truly pathetic and borderline insane.

Sorry, replied to the wrong person.

@Silly gamerAr Yes, it is, my friend.

Not in the U.S. Australia or UK however. I think Microsoft wants the U.S. market back, which is still the largest regional market.

when has sony ever lost a month? or are you one of them fools that counts only the US while ignoring the rest of the world? even in the US, how much has the xbox one closed the gap in these last few months? 200k? lol is that it? what a joke! the xbox fanboys have become as much of a joke as microsoft themselves with their nitpicking of specific data to make xbox look good! the FACT is xbox is LOSING in every territory in the world to the PS4 so microsoft can hide their sales all they want. even the hardcore xbox fanboys know this deep inside.

Even more pathetic than that, someone used a cigarette to light up PS4 Pro and said overheating which is a lie. Here the picture : https://mobile.twitter.com/... it's not over heating, but the person used cigarettes to light up on Pro which I think is low.

Edit : @MasterCornholio You're right. Crapgamer is a jerk.

Why am I not surprised?

Then you are not better than them.

I hear the sound of cigarette lighters sparking everywhere! Right now some clown is minutes away from burning his pro and then claiming Plastic now melts towards heat instead of away from it. Like that stupid burnt Ps4 Pro pic.